Moment ex-Tottenham manager Peter Shreeves’ daughter, 52, ‘hurled wet cement and spat at her neighbours’ as she ‘waged hate campaign that forced them to move home’

The daughter of ex-Tottenham manager Peter Shreeves hurled wet cement and spat at her neighbours as she waged a hate campaign against them, a court heard.

Joanne Shreeves, 52, yelled abuse at her neighbour Sandra Durdin, 58, and her then husband Trevor Dempsey, 62, before spitting at their son, Mitchell, Stratford Magistrates Court was told.

The continual threats left the family, who eventually moved due to the alleged abuse, fearful to go into their garden. 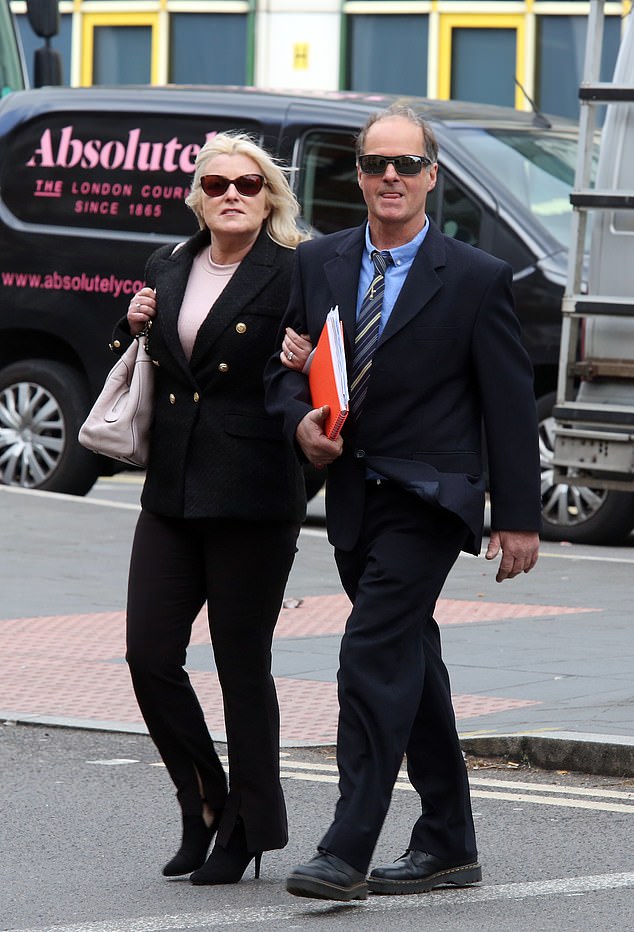 Sandra Durdin, 58, and Trevor Dempsey, 62, accused Shreeves of spitting at their son, threatening to slit their throats and chucking cement over their garden fence causing thousands of pounds of damage

In the video Shreeves is seen grabbing a shovel from a cupboard, before before chucking cement at the couple as they walk by in their garden.

He told the court: ‘I’m working in the garden. We kept being prodded with broomsticks, branches, then Joanne Shreeves came out with a shovel and threw cement over on our side, landing on me and my wall.’

She is also said to have caused £2,667 worth of damage to Mr Dempsey’s bespoke potting shed. Listing the damages, he said drain covers were broken with the rocks, along with ‘flowers, both jasmine and sunbeam’.

He added: ‘Damage to the building which is shown on evidence where rocks have come over, damage to the back gate, cement up the window, cement up the wall, black and yellow tapes were thrown over, solar panel lights were pushed over, two cameras were hose-piped down to stop the filming.’

Other footage shows her shouting and swearing as she kicks the garden fence between the two houses.

Ms Durdin had been gardening in her home in The Ridgeway, Chingford on August 6, 2020, when Shreeves came out and began kicking in the fence, calling them ‘f****** c****’ and threatening the family. 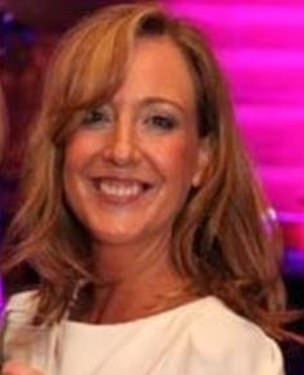 Joanne Shreeves, 52, appeared in Stratford Magistrates Court yesterday for a retrial after her neighbours accused her of waging a hate campaign against them

She told the court: ‘She said ‘do you know what happens to dirty c*****’ and ‘you won’t have a family’, she was threatening me, making threats to my family as well whilst kicking the fence in.

‘We’re trapped. We can’t even live in our own house, that’s why we moved.’

On a separate occasion, Shreeves had returned from a night out on the evening of December 20, 2020, and spotted Ms Durdin putting Christmas lights on a tree in her garden.

Ms Durin said: ‘I saw it with my own eyes, she spat on my son, I was absolutely disgusted by it.’

Mitchell Durdin told the court he was left feeling humiliated after Shreeves spat at him.

He added: ‘It was during the Covid pandemic and there was no vaccine, I was terrified.’

At another point during the neighbourhood feud, Ms Durdin said she heard some noise and looked out of the window to see Shreeves looking at her.

She said Shreeves called her a ‘dirty c***’ and she replied: ‘So are you.’

Ms Durdin added: ‘She turns around, makes a slit throat (gesture), and goes ‘you’re dead’ ‘you’re dead’ whilst we were in our own house.’

Shreeves was previously convicted of common assault in relation to Mitchell Durdin and criminal damage in respect of a shed, fence and garden flowers to the value of £440.

She was also convicted of two counts of threatening behaviour with intent in relation to the couple by a judge at Stratford Magistrates’ Court in May.

Shreeves had failed to attend her trial due to illness, but she has always claimed CCTV footage of her spitting and swearing had been doctored by her neighbours.

She was then granted a retrial by District Judge William Nelson in August after she successfully applied to reopen the case.

She appeared in court today wearing a pink blazer, black trousers and matching top, shook her head and raised her eyebrows as her former neighbours gave their evidence.

She denies all the charges against her, and the retrial continues.

‘She’s attacking my property, attacking everything, not the first time, whilst I’m out and it’s been going on for 18 months.’