Defence Secretary Ben Wallace delivered a stinging rebuke to Vladimir Putin last night as experts warned that the Russian leader’s damaging ‘economic war’ on the West could last a decade.

Crippling prices for families and firms will spiral further this winter after Putin warned on Friday that Russia would cut off Europe’s main gas pipeline indefinitely.

He is suspected of holding Europe to ransom over its support for Ukraine – leading to predictions that average annual British energy bills could hit £8,000.

MPs, energy experts and the former head of the Army joined Mr Wallace last night in criticising the Russian President’s tactics – and calling for Britain to drill for more gas and build more wind farms to avoid being held over a barrel.

Mr Wallace told The Mail on Sunday: ‘This is just another effort by Russia to bully the West into abandoning our values. 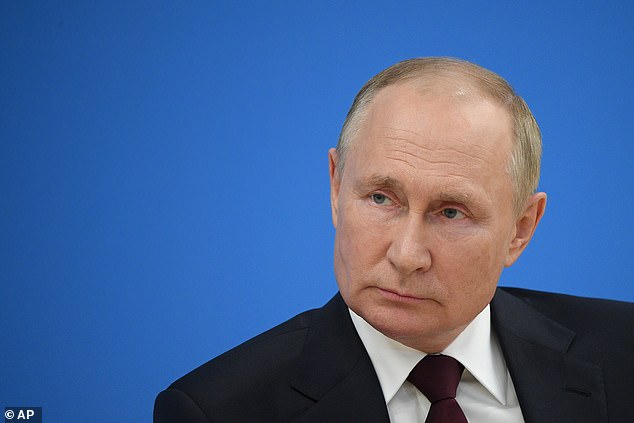 ‘It won’t work. But what it will do is convince us all that the best thing for all our futures is to invest in alternative sources and leave Russia at the mercy of China.’

Putin’s restriction on gas supplies to Europe is a key reason why annual energy bills for an average British family are rising to £3,500 this winter. Mr Jordan said: ‘Not seeing the Nord Stream 1 pipeline in use for a long time or ever is the worst fear of Europe. The impact will have an impact on the price cap next year. We could see £8,000 a year for typical bills. That will happen if we get no good news.’

Lord Dannatt, former head of the Army, said Russia had embarked on the next stage of its invasion of Ukraine – and was now waging an economic war to distract from his forces’ failures.

The peer added: ‘He’s losing the war on the ground so he’s redoubling efforts to win the war against Europe on an economic, energy basis – trying to persuade European countries it’s not in their interests to go on supporting Ukraine.’

Former Tory leader Sir Iain Duncan Smith said Putin’s latest move proved he was a ‘tyrannical psychopath’, adding: ‘This is all he’s got – he’s desperate now. He thinks he will start to break the alliance.

‘It will cause a big crisis. The key thing is I’m astonished that the UK is sitting on an island of gas and oil and we have cut right back. Successive governments have failed to recognise that gas is going to be needed in the future.

‘They’ve never reversed the terrible moratorium on fracking on shale gas. We should have mines pumping shale gas right now.’ 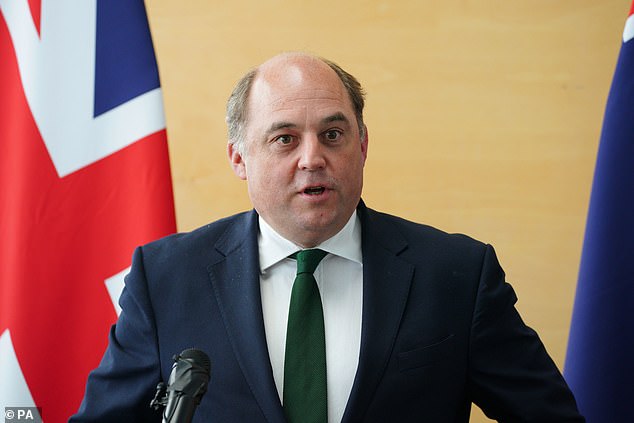 Defence Secretary Ben Wallace told The Mail on Sunday: ‘This is just another effort by Russia to bully the West into abandoning our values’

The Mail on Sunday understands a report due to land on the incoming PM’s desk on Wednesday will set out how the UK must boost its own energy options or face repeats of the current energy crisis. Mike Tholen, acting chief executive of Offshore Energies UK – the trade body behind the report – said Russia’s decision to shut down its main gas pipeline to Europe was an act of ‘economic war’, adding: ‘The flows of gas from Russia are so big that their availability controls prices across western Europe.

‘Russia can manipulate our energy prices just by turning gas flows up and down. But it’s not just gas supplies. About 40 per cent of our electricity is generated by gas-fired power stations, so he is effectively driving up our electricity bills, too.

‘Putin has control of consumers’ energy bills and is using that power to wage an economic war on us. His aim is to break our and Europe’s resolve over Ukraine, even at the expense of a global recession. We cannot let that continue.’

He said failing to secure the UK’s energy independence now would allow Putin to hold UK and Europe to ransom for the next decade.

Mr Tholen agreed that wind and solar power were key to Britain’s future energy needs, but warned: ‘That scale-up will take time, so we need to maintain oil and gas production. The North Sea still has the equivalent of 15 billion barrels of oil waiting to be extracted, enough to support the UK into the 2040s.’