Back home! Dog that vanished when she was a puppy is reunited with her delighted owner 12 years later

A border terrier that vanished when she was just a puppy has been reunited with her owner – almost 12 years later.

Liz Eldridge, 51, bought Missie as a birthday present for her son Oscar before the dog went missing in February 2011.

The NHS worker spent eight years driving all over the country chasing up possible sightings of her beloved pet but gave up hope, thinking she had been stolen.

Out-of-the-blue, Missie was then found by a member of the public last Tuesday and was handed in to dog wardens.

Missie has now been reunited with her owner at Ms Eldridge’s home in Harpenden, Hertfordshire. 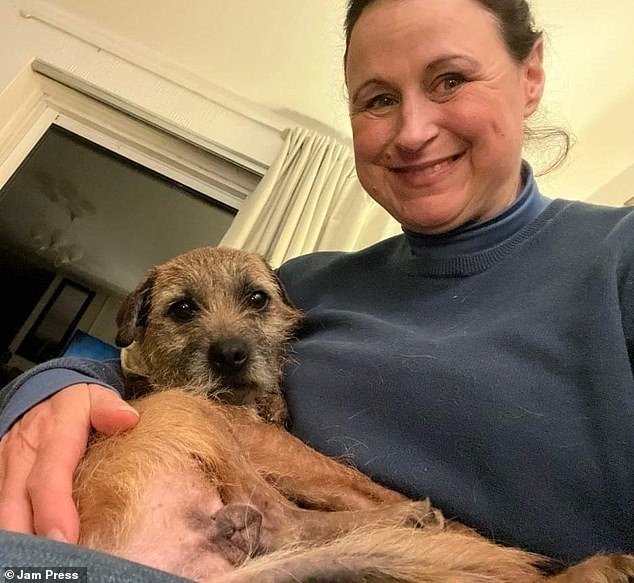 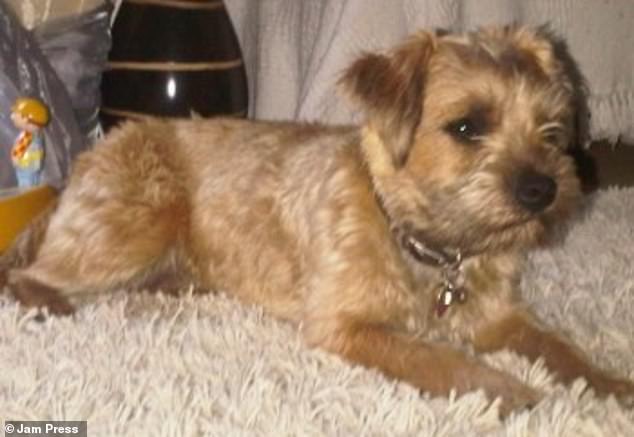 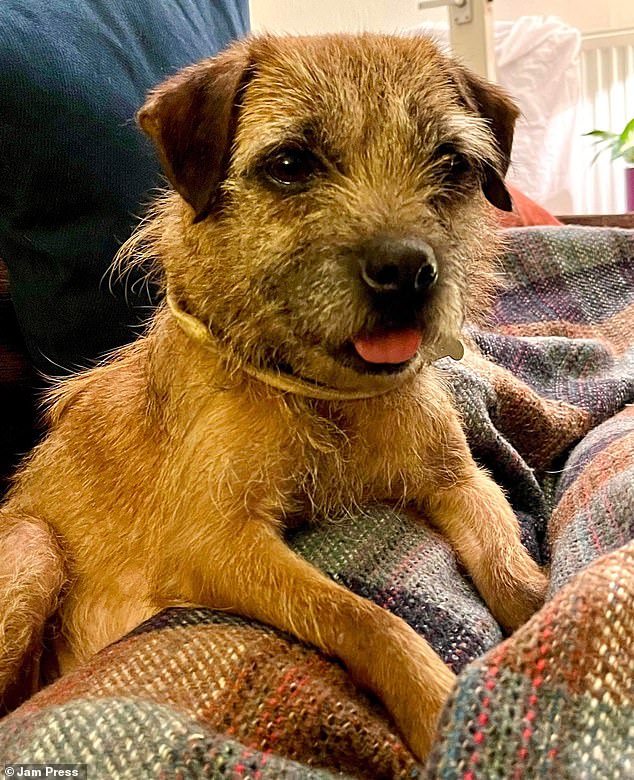 Ms Eldridge said Missie had been used for breeding so was very timid, but is now on the mend.

As the owner had only just got Missie when she disappeared, the microchip was still in the breeder’s name.

Ms Eldridge said: ‘It was a mixture of pure joy but also sadness as Missie was in a terrible state.

‘She had obviously been used constantly for breeding and was very nervous and timid.

‘We believe she had been kept on a chain and beaten.’

She added: ‘Every time I went to put a lead on, she was so scared.

‘But after being at home for a week and plenty of tender loving care, Missie is now showing signs of getting better.’

Ms Eldridge added: ‘Her tail is starting to wag and hopefully she’s beginning to realise she’s back home safe and sound.’ 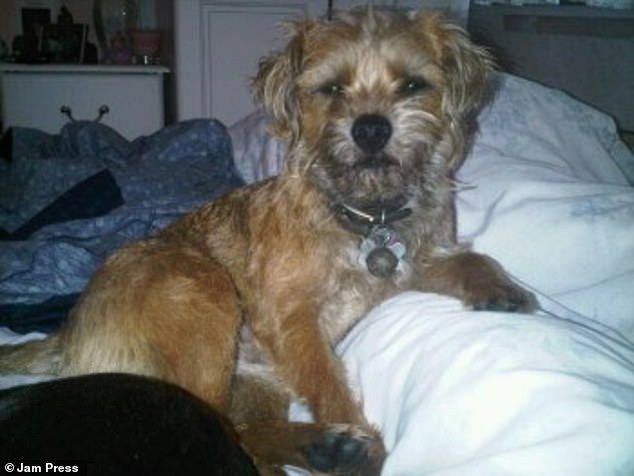 Dog owners have been urged by Ms Eldridge to get their pets microchipped, saying it ‘could mean the difference between finding your pet or losing it forever’

She urged all dog owners to get their pets microchipped.

‘I hadn’t got round to changing the breeder’s details to mine so there were a few complications,’ she continued.

‘We got there in the end, but I’d like this to be a lesson to all owners to remember to update their pet’s details.

‘It only takes a few minutes, but it’s vitally important and could mean the difference between finding your pet or losing it forever.’