DONEGAL explosion victim Jessica Gallagher was a "jewel" of her family and "radiated warm and positive feeling", her funeral heard today.

The young fashion designer, 24, had been due to start a new job in Belfast yesterday. 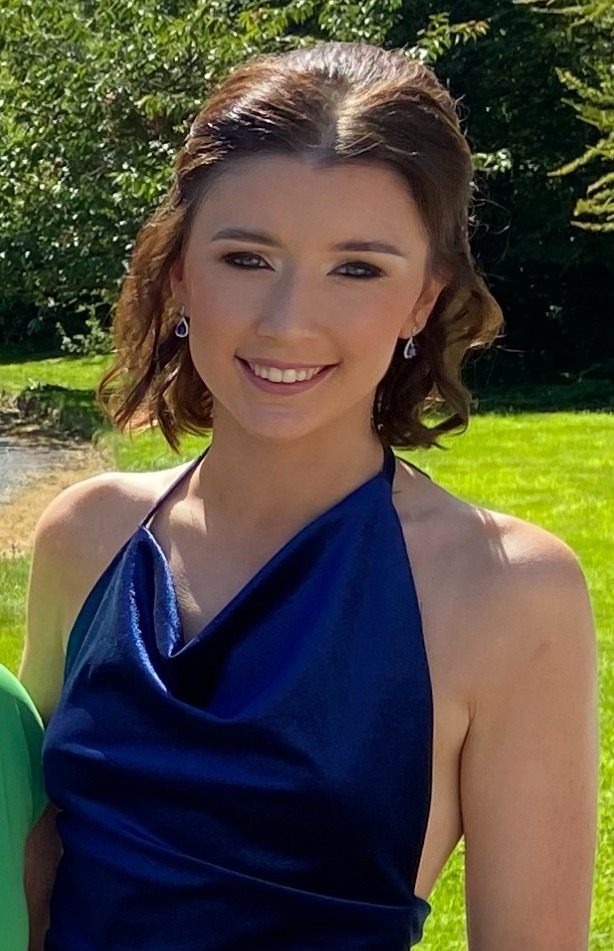 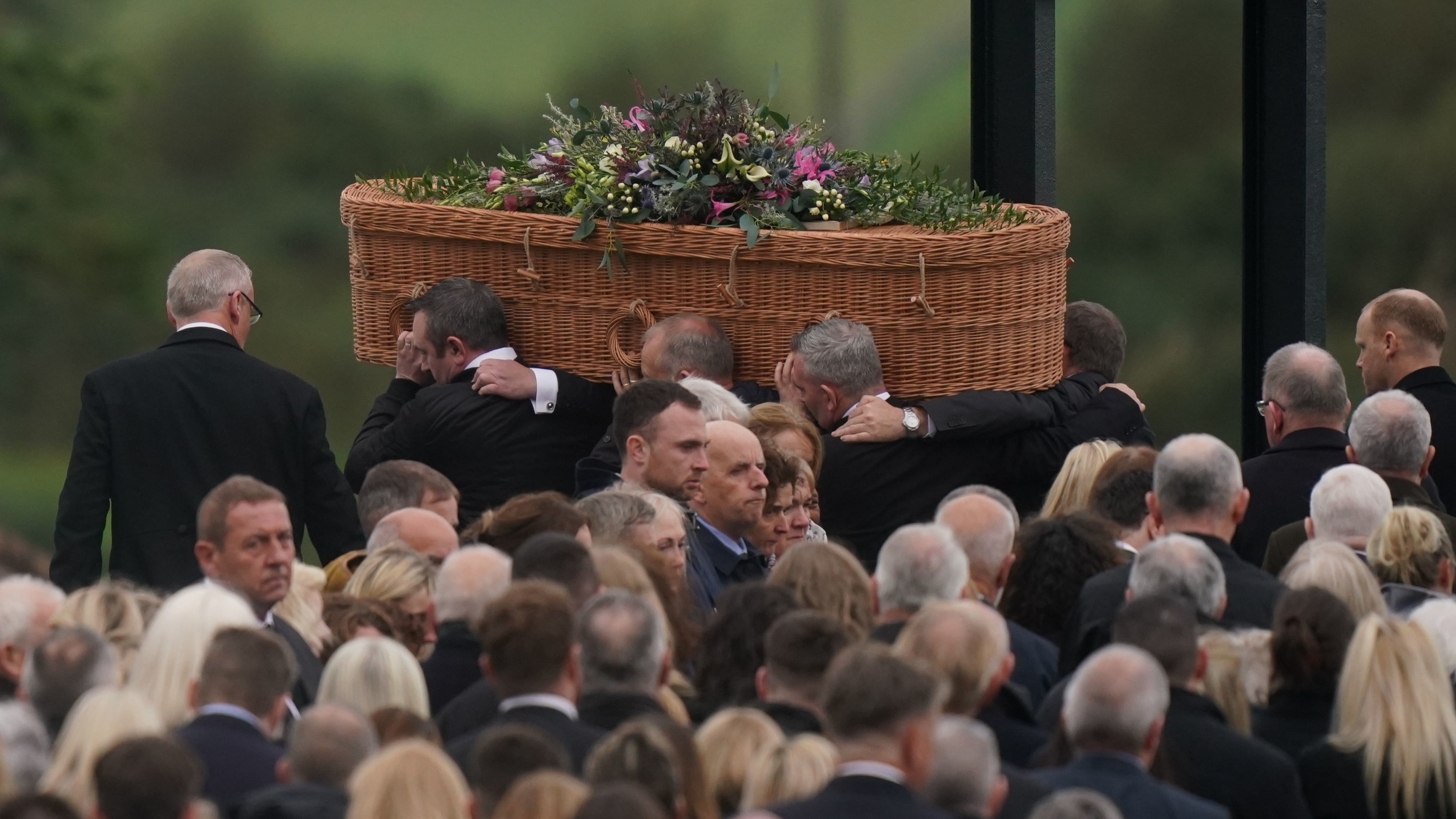 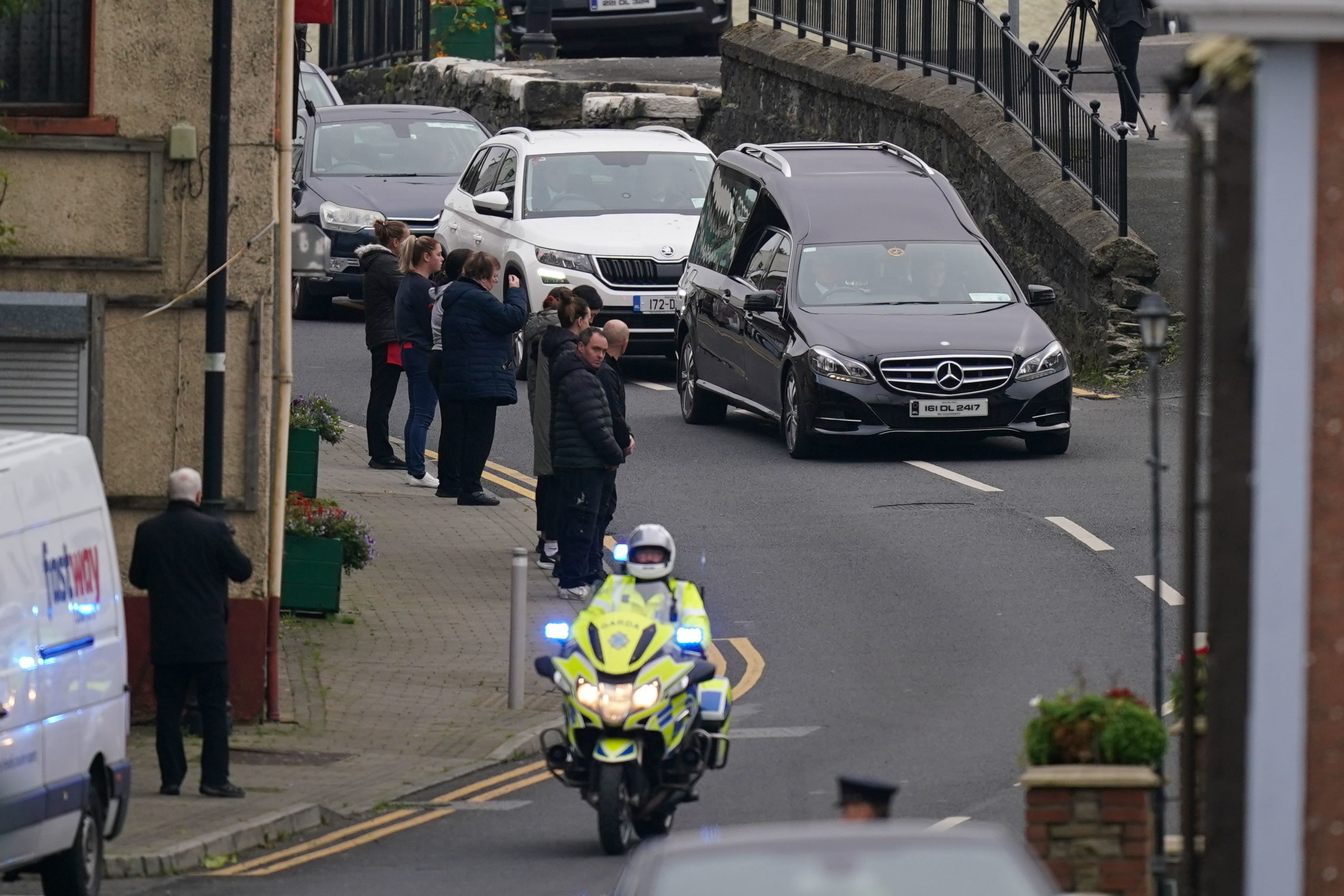 A number of emergency responders who took part in the recovery operation are in the church.

President Michael D Higgins is represented at the funeral by his aide-de-camp.

Jessica's body was carried into the church in a wicker casket.

Symbols representing her life were taken to the front of the church.

A photograph of Ms Gallagher was placed on the casket.

At the start of the funeral, Fr John Joe Duffy expressed "sincere and heartfelt sympathies" to Jessica Gallagher's family.

BBC Breakfast viewers have a big complaint about host's outfit

He said: "We would love to be able to put in our hands to your hearts and take away that grief and that pain that you are suffering this morning.

"But to even think of that would not be a sensible thing to do. Because in that void, in that grief, there you hold in your hearts Jessica."

Fr Duffy also described talented Jessica as a "jewel" of her family.

He said: "While we cannot take that pain away for you, we want to walk with you.

"We cannot feel your pain but we will walk with you in that pain because to even say that we feel that pain would not be right or not be fair to you, but we walk in that pain.

"The greater someone is loved, the greater that pain and that pain is so immense, and Jessica will forever remain in your heart, but she will also be with you, she will remain with you."

The funeral of Martin McGill, 49, who was originally from Scotland, will also be held at St Michael's Church later today.

Gardai continue to investigate the cause of the blast in a building complex that included the service station and convenience store and residential apartments.

It is being treated as a "tragic accident". A gas leak is one theory, it is believed.

In his homily, Father John Joe Duffy said Jessica Gallagher "radiated a warm and positive feeling" to all who knew her well.

The priest said she left ripples of "love, affection, kindness and warmth" wherever she went.

"That pain has been felt in our parish and in our neighbouring parishes when the pathway in which Jessica and others were travelling through life was so abruptly ended by this tragic accident.

"I am part of you, part of this community, and it is together that we will make the journey and travel that journey going forward, supporting each other as so many people have been doing. Our entire community is hurting. Our hearts are heavy, but our spirits are strong."

Father John Joe Duffy, who will preside at many of the Creeslough funerals, said he was struggling to find words to encapsulate the enormity of the tragedy.

Ahead of the first mass for Jessica, Fr Duffy told reporters: "It's nothing we could ever have imagined, nor could any community have imagined.

"I went there to reflect at the scene, I saw a little photograph that somebody had placed among the flowers of a dog who was sitting on stones looking out from a doorway on to a brighter sky.

"So, all that we can pray for is that, through the help of everyone, that the families will manage to get through this and I am worried for people."

Mr O'Flaherty's funeral will be in St Mary's Church in Derrybeg on Wednesday morning.

A joint service will be held for Ms O'Donnell and her son James at St Michael's in Creeslough on Wednesday afternoon.

A funeral for Ms Harper is to take place at St Mary's Church, Ramelton on Thursday.

Mrs Martin, a mother of four, will also be laid to rest on Thursday with a service at St Michael's Church, Creeslough.