Drunk learner driver, 25, who caused death of her passenger in 83mph motorway horror crash is jailed for six years

A learner driver has been jailed for killing her passenger after playing on her phone while drunk and speeding.

Charley Little, 25, was given six years in prison after admitting causing the death of young mum Tenisha Cooper, 23, by dangerous driving.

The defendant was driving a Vauxhall Astra on the M32 around 2am on 30 August last year when her car crashed into a drainage ditch near Bristol.

Tenisha, a front seat passenger died instantly. Witnesses testified that Little had been holding her phone in front of her face and driving erratically before the crash. 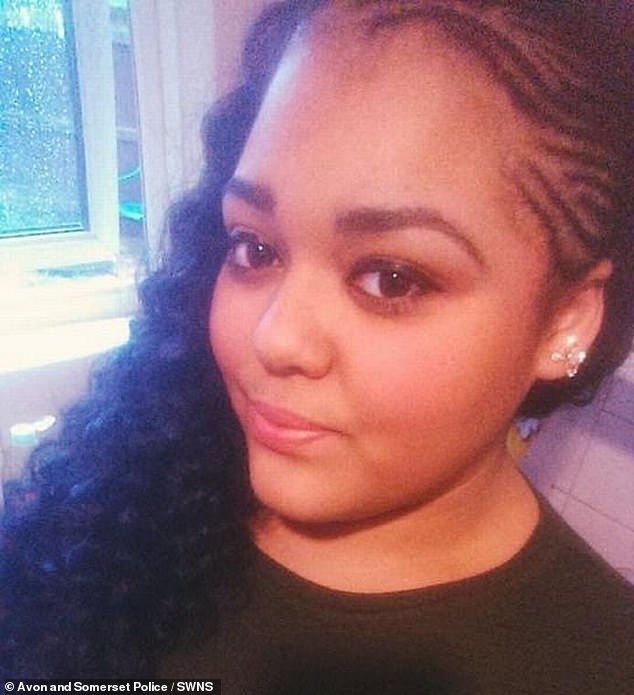 Tenisha Cooper, 23, was the front seat passenger in the accident and died instantly, leaving behind her two-year-old son

Bristol Crown Court heard Little initially claimed not to be driving and attempted to blame the death of her friend on the emergency services and then on Tenisha herself for causing the crash.

The driver was later found to be two-and-a-half times over the legal drink drive limit and only held a provisional licence.

She was not displaying ‘L’ plates on the vehicle, and had no one in the car qualified to supervise her.

Forensic examinations found she was on a call when her car left the carriageway and was travelling at 83mph.

Paying tribute at the time of her death, Tenisha’s family released a statement and said their ‘hearts had been broken beyond repair.’

They said she leaves behind a two-year-old son, whom she ‘doted on’.

The statement added: ‘He will now grow up with very few memories of his loving mother and an empty space that nobody can ever fill.

In a statement, the family also expressed its devastation at the loss which the family members were ‘struggling to process’.

‘We cannot believe that such a beautiful young girl, who had the rest of her life ahead of her, has been taken from us so soon.’

The family has also thanked friends and the community of Gloucester after being ‘totally overwhelmed by love and support’.