A ‘drunk’ woman has been arrested after a packed plane from Gatwick to Madeira’s capital Funchal was forced to divert to Lisbon.

Police were filmed boarding the Wizz Air flight to take the woman away amid local reports she had jeopardised the safety of the aircraft by assaulting crew and other passengers.

The plane left Gatwick just before 5.30pm local time yesterday and was due to touch down in Madeira around 9.30pm. 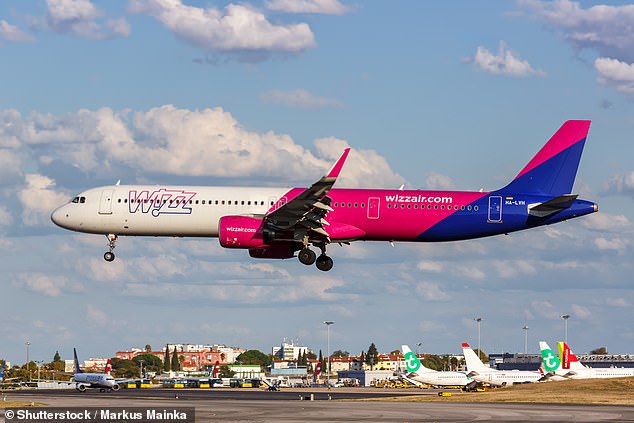 The flight made its unscheduled stop in the Portuguese capital just after 8pm last night. Picutred: A Wizz air Airbus A321 plane at Lisbon airport (file image)

It made its unscheduled stop in the Portuguese capital just after 8pm last night.

A Portuguese passenger spoke to Funchal-based paper Jornal da Madeira while the plane was still on the tarmac at Lisbon’s Humberto Delgado Airport.

The passenger said: ‘We were diverted to Lisbon because of a drunk female passenger who began to assault other passengers.

‘She also assaulted crew as well. 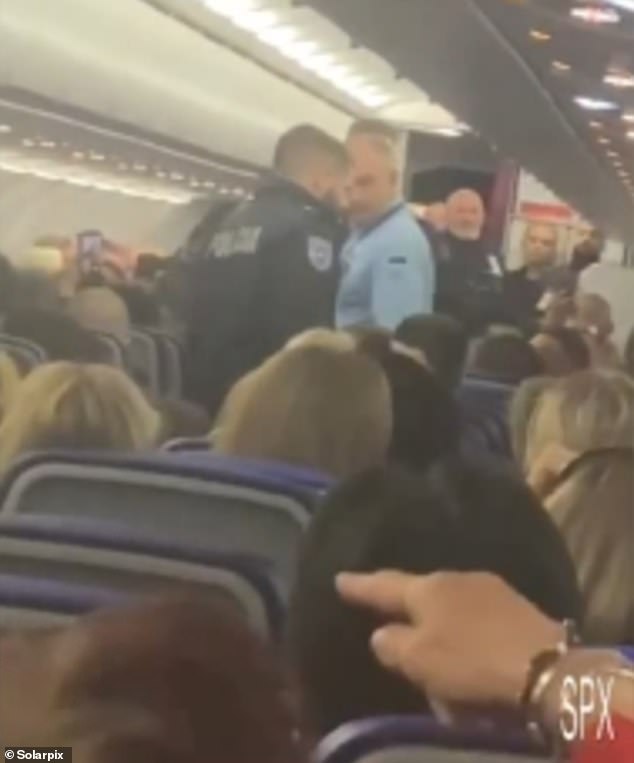 ‘We were informed after police boarded that the plane was due to leave Lisbon just after midnight, when it was supposed to have arrived at 9.25pm. That would mean us reaching our destination more than six hours late.’

Portuguese daily Correio da Manha said the problems had been caused by two ‘drunk passengers’ on board the Wizz Air Airbus A321 and reported both had been arrested.

Low-cost airline Wizz Air is a Hungarian carrier which operates short-haul flights from 10 UK airports including Gatwick and Luton in London, Edinburgh, Cardiff and Belfast International.

Portuguese police could not be reached early this morning for comment.