Twins seem to run in the family at a New Zealand zoo, where four sets of ring-tailed lemur twins were born recently.

The zoo welcomed eight babies in total: four at the end of August, two in September and two in early October, said Lisa Ridley, primate keeper at Wellington Zoo.

They’re all at different development stages and some are trying foods such as peas, corn, and bananas, Ridley said.

“It won’t be too long before they will all be playing and jumping together,” she told USA TODAY Tuesday afternoon.

Moms typically carry their babies in the front for the first two weeks, Ridley said. The little ones then ride on their mothers’ backs; once they’ve mustered up the confidence, they typically wean at five months or so. 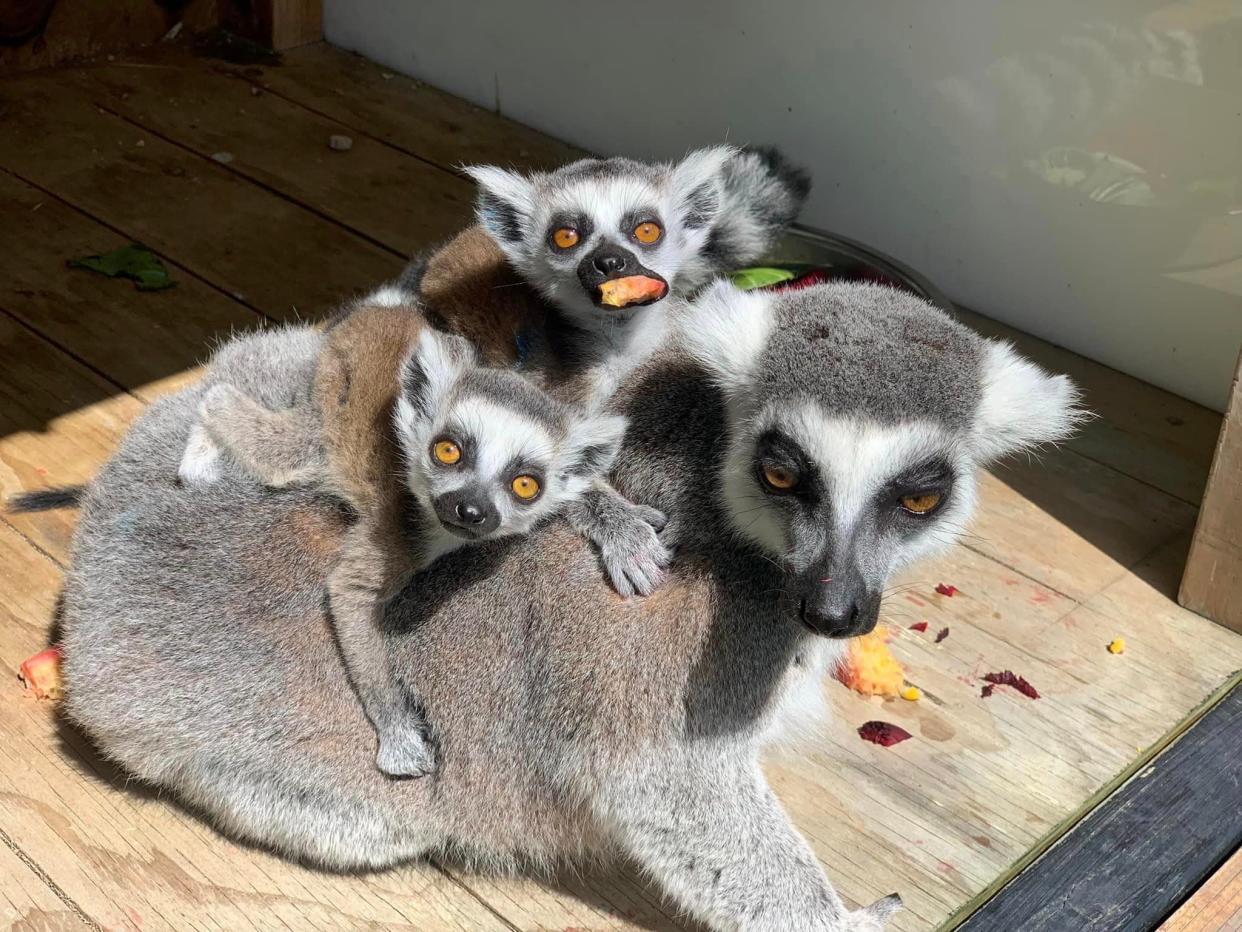 Ring-tailed lemurs, or lemur catta, are endangered, according to the International Union for Conservation of Nature, and the zoo is part of a program for ring-tailed lemur populations.

The twins all have the same father, Zeus. Their mothers are first-timers Volana, Felana, Mawusi, and Ravioli.

Their mothers were all brought to the zoo in April 2021, while Zeus arrived earlier this year “just in time for breeding season,” Ridley said.

They’ve all moved into the zoo’s display with the rest of the ring-tailed lemurs, she said.

They’re starting to explore, jump from their mothers to the ground, and climb around on tree branches, in the grass, and even on their father, Zeus.

The younger ones are still clinging to their mothers.

Lemurs in the wild: How climate change, deforestation are putting some primates in a bind

Is it common for lemurs to birth twins like this?

According to Ridley, birthing twins is “fairly common” for the ring-tailed lemurs.

The species can be found in southern and southwestern Madagascar and often live in open areas and forests.

They are a matriarchal species, meaning girls run their world.

They move together in “a mob” and commonly sit in a yoga position with their tummies towards the sun and arms and legs outstretched before they begin foraging, Ridley said.

Each ring-tailed lemur has exactly 13 alternating black and white rings on its tail, Ridley said.

She said there may be more babies born at the Wellington Zoo, but that won’t happen until next breeding season.

Saleen Martin is a reporter on USA TODAY’s NOW team. She is from Norfolk, Virginia – the 757 – and loves all things horror, witches, Christmas, and food. Follow her on Twitter at @Saleen_Martin or email her at [email protected].