Eight-foot crocodile is finally trapped at a Mexican beach resort

This crocodile might not finding its way back to the beaches of a popular Mexican resort anymore.

Authorities were able to capture the eight-foot reptile on the sands of the Sheraton Bungavilias Resort and Convention Center in the Pacific coast town of Puerto Vallarta last Wednesday.

The city’s Civil Protection and Fire Department said the crocodile was initially spotted at Playa de Oro beach on August 13 before it pulled a vanishing act.

Authorities responded to a call four days later after the animal made its uninvited appearance and were able to safely secured it without incident. 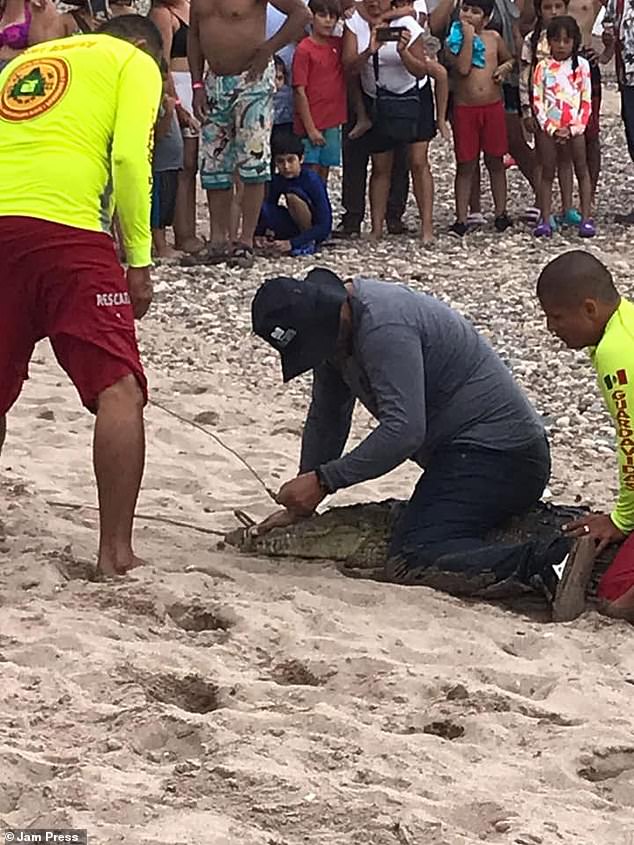 Puerto Vallarta first responders secure a crocodile at Playa de Oro beach last Wednesday afternoon. The eight-foot reptile was first spotted at the Mexican city resort city beach August 13 but disappeared after authorities arrived to trap it. The animal was taken to the El Salado Swamp and was released 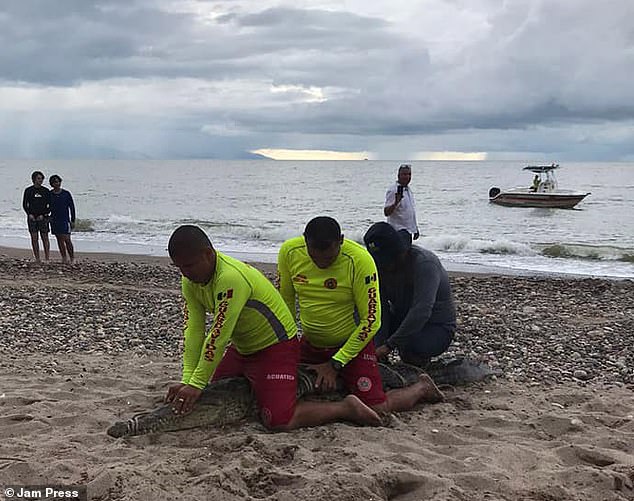 Three first responders were spotted sitting on top of the crocodile, pinning it down to the sand as they tied several parts of its body, including the jaw, as beachgoers stared in amazement.

The crocodile was transported about four miles away to the El Salado Swamp where it was released.

A spokesperson with Puerto Vallarta’s Civil Protection and Fire Department told DailyMail.com that the presence of the crocodiles throughout the resort city’s beaches is due to “the animals usually (leaving) their habitat and we collaborate in their capture to return them to the corresponding site.” 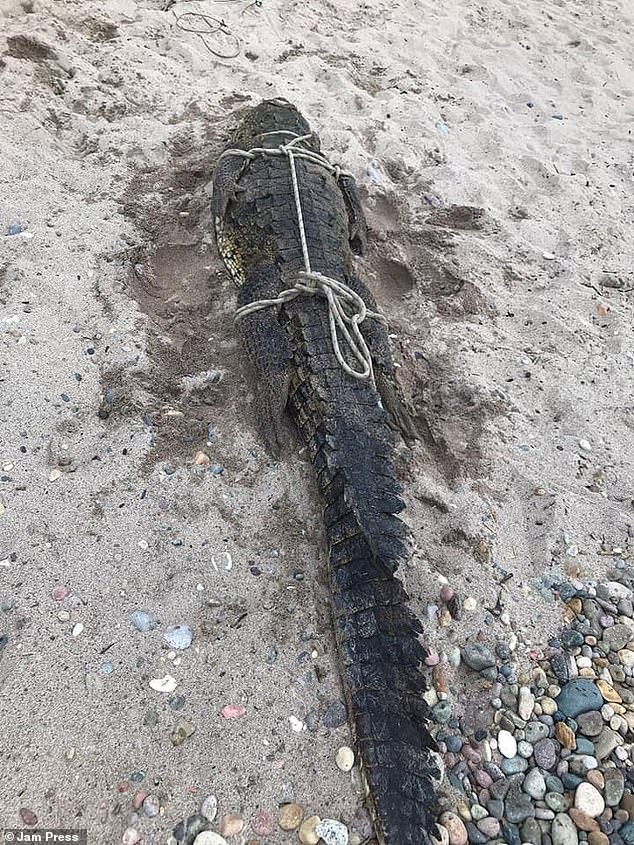 The presence of crocodiles at beaches in Puerto Vallarta, Mexico, is a result of the animals escaping they natural ‘habitat,’ according to a spokesperson for the resort city’s Civil Protection and Fire Department 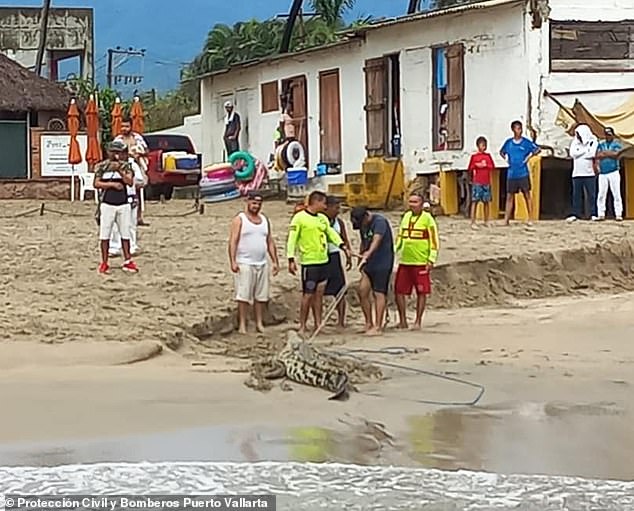 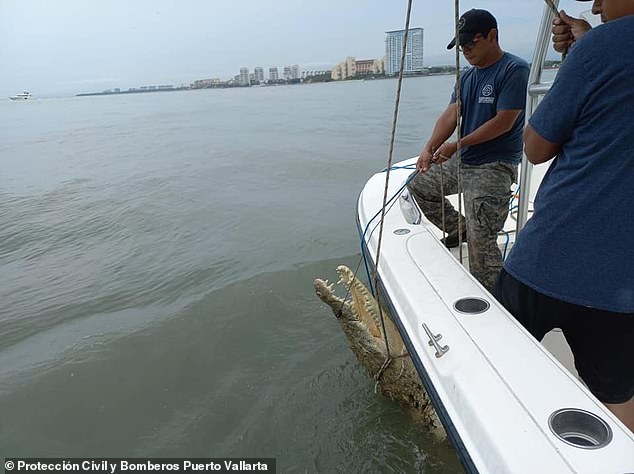 A crocodile that measured 12 feet in length is lowered into the  Ameca River after it was captured at a beach in Puerto Vallarta, Mexico, on August 6

Civil Protection and Fire Department had also captured a crocodile that measured almost 12 feet at Playa de Oro beach the morning of August 6.

In that incident, the beachgoers were evacuated from the sea and a search mission was carried out to locate the animal.

The reptile was removed and released about four miles away in the Ameca River.