Dripping with opulence and hailed as a floating palace, it was dubbed HMS WAG for hosting footballers’ families during the World Cup.

But it seems the luxury cruise liner may not have been quite comfortable enough for the England squad’s pampered wives and girlfriends – who have abandoned ship.

After 10 nights aboard, the football stars’ families have relocated to sumptuous villas with private pools on the mainland or five-star hotels.

In a vote of confidence in the Three Lions, star Harry Maguire’s family appear to have favoured a hotel just a short distance from the Lusail Stadium – where the World Cup final will be held. 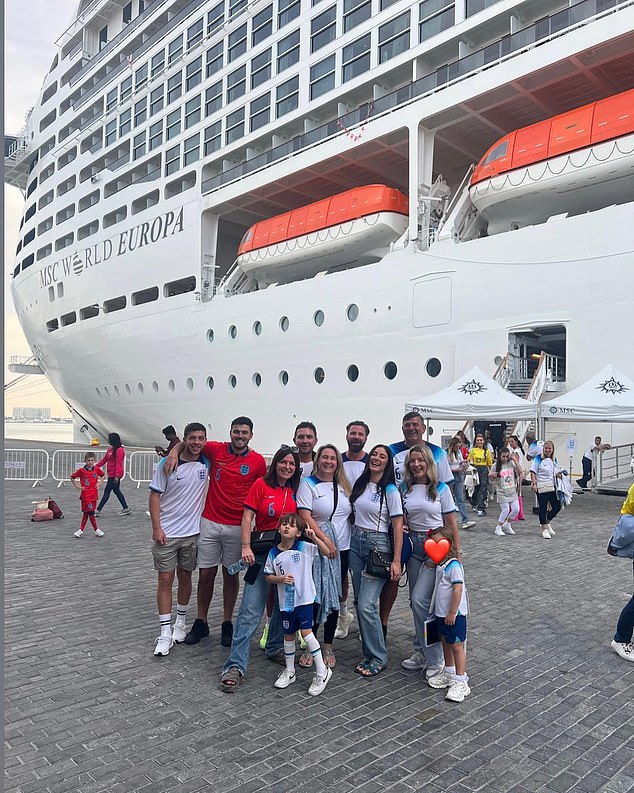 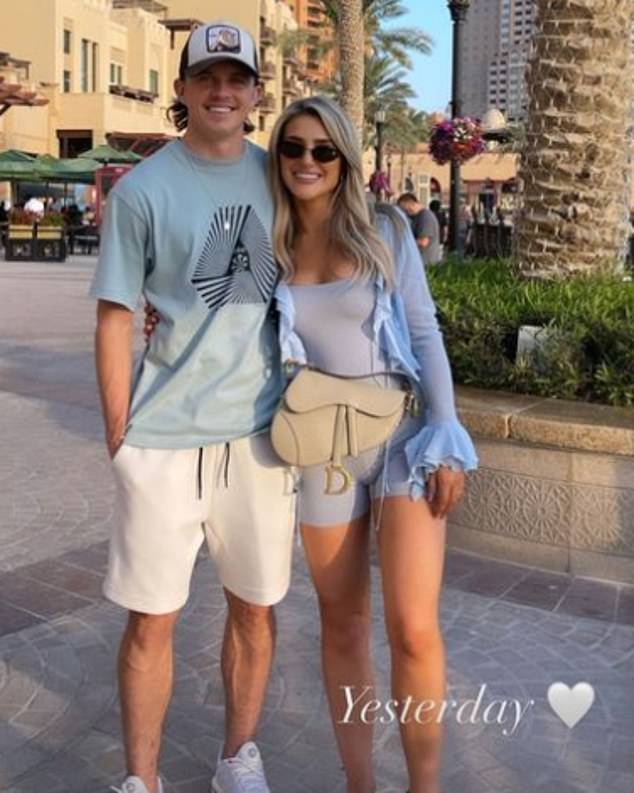 Aine May Kennedy is dating England star Conor Gallagher. Ms Kennedy, 23, joined fellow WAGs in Qatar after having trouble with her passport

The fabulous Waldorf Astoria boasts of being ‘a luxury oasis in the Arabian Gulf’ with a private beach, a spa and eight top restaurants.

Hopefully significantly, it is also a handy 10-minute drive to the showpiece 89,000-seater stadium shaped like a golden Arab fanar lantern where the tournament’s winners will lift the trophy on December 18.

Yesterday the England WAGs were enjoying plusher new lodgings on shore after disembarking the £1billion MSC World Europa cruise ship docked in Doha’s harbour where they have stayed since arriving in Qatar on November 20.

It has been described as the most amazing cruise ship ever built, with 33 on-board restaurants and bars, beauty salons, boutiques, 14 ocean-view Jacuzzis and an incredible 11-storey indoor slide named The Venom Drop.

The WAGs are said to have run up a £20,000 bar bill at a raucous karaoke session the night England beat Iran 6-2. 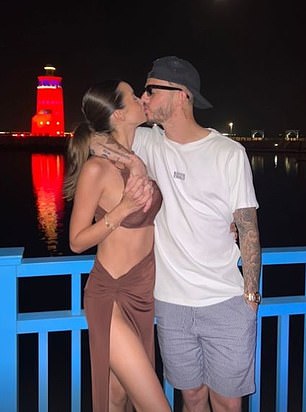 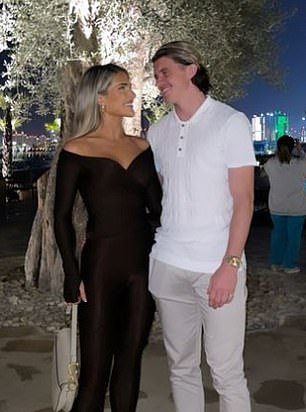 The Waldorf Astoria hotel Lusail, Doha, where some of the WAGs have moved to. The resort boasts a private beach, a spa and eight top restaurants

But with the group sharing the vessel with 6,000 other passengers and needing to hire extra cabins to store their extensive wardrobes, it seems some of them may have grown weary of cruise ship life.

In a video posted online, Wales goalkeeper Danny Ward’s partner Rebecca Naylor hinted at regret among the Welsh WAGs who stayed on the liner when she filmed a luxury hotel before zooming her camera out to the cruise ship across the water and writing pointedly: ‘When you should have done the 10 days here and not there’.

Yesterday a video on social media shared by England defender Conor Coady’s wife Amie, 29, showed off a spectacular marbled villa by a beach. 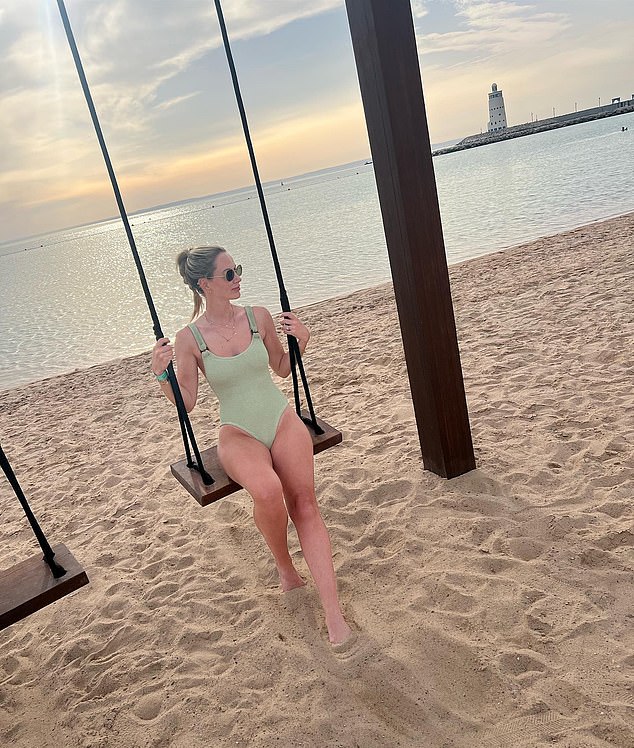 The mother-of-three showed children enjoying the swimming pool and dancing on a patio while staff catered with refreshments which included a bottle in an ice bucket.

She and her husband also posed for a romantic photo together at the villa, which is 50 miles from Doha.

Kennedy Alexa, the model partner of midfielder James Maddison, also shared images from a villa and a photo of them kissing by the sea with the caption: ‘Quality time with you.’

A Football Association source confirmed the WAGs had left the ship but said that had always been the plan following the group stage of the tournament.

England are now in the knockout stage, facing African champions Senegal on Sunday.