A former Metropolitan Police officer who used the tracking app Find My Friends to monitor his ex-girlfriend’s movements has been spared jail.

Mathew Cooper, 24, controlled where Gabriella Dichello could go and who she could see over the course of their relationship between June 2019 and December 2020.

Ms Dichello, also a former police officer, quit her job and moved to Australia after ending the relationship ‘out of fear’ that she might come across Cooper.

She was 19 when the pair started dating. 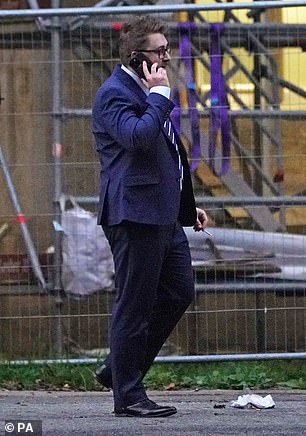 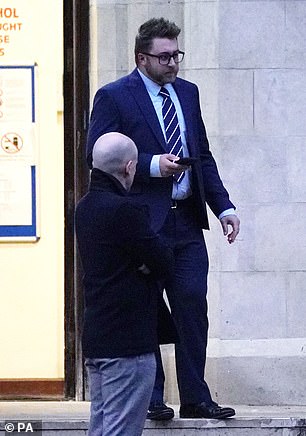 Mathew Cooper (pictured outside Snaresbrook Crown Court) controlled where Gabriella Dichello could go and who she could see over the course of their relationship between June 2019 and December 2020. Ms Dichello quit her job and moved to Australia after ending the relationship ‘out of fear’ that she might encounter Cooper

Cooper, of Canary Wharf, east London, applied to the Met Police after Ms Dichello decided to join the service in early 2020.

Snaresbrook Crown Court heard how arguments between the couple would lead to Cooper throwing glasses, punching holes in the walls, and threatening to kill himself to prevent her from leaving him.

On one occasion in November 2020, he used a kitchen knife against his own forearm after an argument.

He was sentenced to seven months in prison, suspended for two years, after pleading guilty to controlling and coercive behaviour in June this year.

Cooper cried throughout the one-hour hearing.

Recorder Matthew Hodson told the 24-year-old: ‘You manipulated and controlled Gabriella Dichello, intimidating her, controlling where she could go and who she could see and forcing her to make calls on loud speaker so that you could listen in, all under threat that you would seriously harm yourself if she did not do what you said.’ 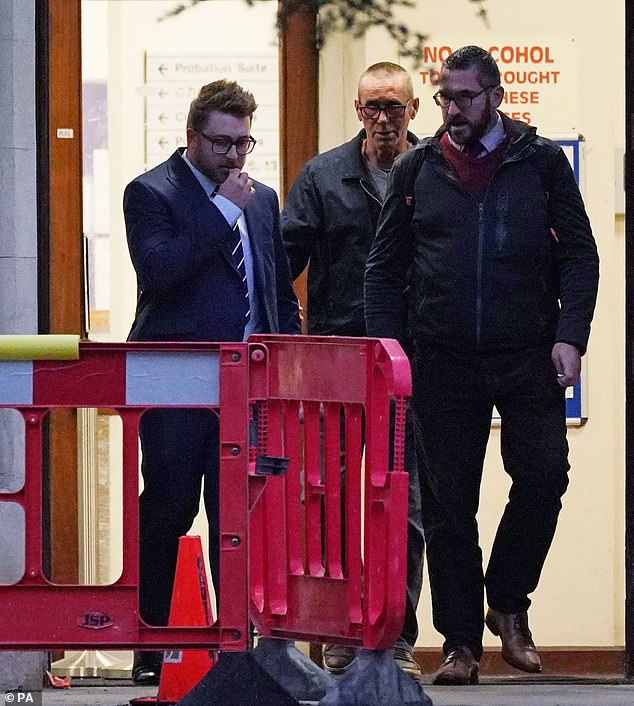 Cooper (pictured leaving Snaresbrook Crown Court) was sentenced to seven months in prison, suspended for two years, after pleading guilty to controlling and coercive behaviour in June this year

The judge added that Cooper ‘isolated’ his partner and left her ‘quiet and withdrawn’ compared with her ‘usual bubbly and confident self’.

Prosecutor Greg Unwin said Ms Dichello had to ask her boyfriend’s permission to go to the shops or see friends.

The prosecutor also told the court that Cooper used Find My Friends to see where Ms Dichello was.

‘If he noticed that she was not where he expected her to be he would call constantly and text multiple times until she answered,’ Mr Unwin added.

In December 2020, Cooper accused her of cheating on him and ‘conspiring’ against him with her father.

She subsequently provided her first statement to the police.

Cooper lost his job after his arrest.

In a statement, Ms Dichello said that she lost 10kg of weight and felt generally unsafe.

She left the Met Police in November 2021, citing Cooper’s employment with the service as the ‘sole reason’ for her resignation.

After he pleaded guilty, Ms Dichello recorded in another statement that she felt ‘relieved’.

‘I am currently living in Australia and now feel that I can move home again.’

In addition to the suspended prison sentence, Cooper was handed a five-year restraining order, banning him from contacting Ms Dichello directly or indirectly.

He will also have to perform 30 days of an accredited programme requirement, 25 days of a rehabilitation activity requirement and 60 hours of unpaid work, as well as contributing £200 to prosecution costs.