A factional dispute at Melbourne’s largest Progressive synagogue has erupted into a battle for control of its board amid a string of resignations and allegations of bullying and harassment.

Board members and employees of the Temple Beth Israel synagogue in St Kilda claim to have been bombarded with threatening emails and messages by a group of dissidents known as the Chaverim, who want to ditch the board at next month’s annual general meeting. 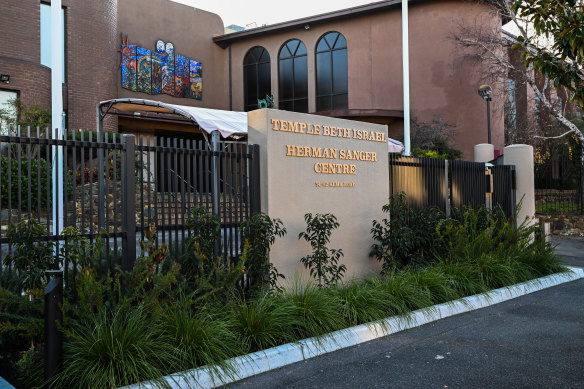 The Chaverim, who includes seven past Temple Beth Israel presidents, two retired rabbis and a host of business and legal industry luminaries, demanded the resignation of incumbent board members by last Thursday, or face a hostile coup. The board did not accede to their demand.

Temple Beth Israel has been plagued by conflict since October last year, when Senior Rabbi Gersh Lazarow apologised for plagiarising parts of his sermon. Lazarow resigned last year but later retracted the resignation with board support, before leaving again.

The factions have also been battling over the board’s decision to stand down cantor Michel Laloum, who was investigated over allegations of workplace bullying.

The investigation concluded that no serious misconduct occurred, but that “a number” of the allegations were “considered to be bullying in nature”, according to Australian Jewish News.

Temple Beth Israel chair Alain Grossbard did not respond to requests for comment, and attempts to communicate with the synagogue were unsuccessful.

The Age reported in July that infighting had erupted over the future of Temple Beth Israel, with the Chaverim calling on the board to resign and the board resisting the push.

Since then the tenor of debate has descended into acrimony, threatening to engulf the almost 100-year-old institution.

“We are tired. The congregation is tired. We are tired of the lies, the bullying, the intimidation, and the propaganda,” the board wrote in an open letter to the Chaverim last Wednesday. 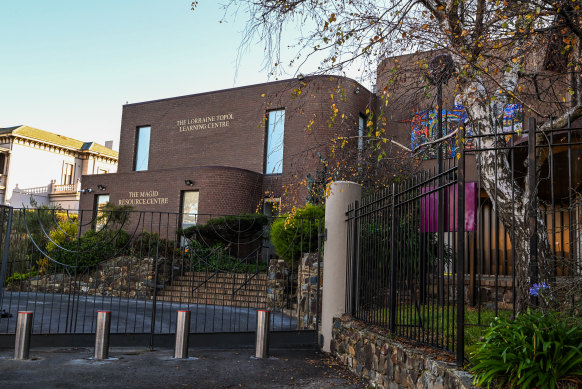 “We are tired. The congregation is tired. We are tired of the lies, the bullying, the intimidation, and the propaganda,” the board wrote in an open letter to the Chaverim.Credit:Joe Armao

“We are tired of your attempts to divide our progressive spiritual community to benefit your own selfish desire to take over and undo the hard work of the past 92 years.”

“We are tired of you tearing apart our community.”

The Sunday Age has spoken with several current and former Temple Beth Israel staff, along with supporters of the incumbent board, who claim to have received threatening notes left on car windows or in their letter boxes.

Several messages allegedly stated: “your time is nigh.” Another anonymous note received by an employee described her as “disgusting” for her support of the board.

“Now even your mother would be ashamed of you at your vindictiveness.”

Businessman Geoffrey Blick, one of the most vocal critics of the board and who denies he’s a member of the Chaverim, responded to the open letter by saying the board was “loathed”.

“If you don’t get it that the Temple is about to cleanse itself of your loathed presence you should all turn up at the AGM because I will be in the front row wallowing in your humiliation,” he wrote on August 10.

“Do the five board members not up for re-election really want to stay on while their incompetence is being discussed?”

Blick had previously sent other hostile messages, including one to current board president Joanne Loewy Irons in April.

“So why, would you ask, did I bombard you with nasty and abusive emails? The answers are, because I cared so much about what was happening within Temple Beth Israel and especially regarding the treatment of a man for whom I have enormous respect, Cantor Laloum, and so, as the president you had to be the target.

“When the final head kicking occurs, I will try to avoid yours,” Blick said in an email on April 14.

One email, signed by two senior members of the Chaverim and obtained by The Sunday Age, told the board that it was in the best interest of the community for them to step aside and allow fresh members to be elected at the upcoming AGM, and that if they chose not to they would exercise internal rules to remove them.

“We would prefer not to exercise this provision and we therefore ask that you consider resigning from your position on the board with effect from an appropriate date prior to the AGM,” the email said.

“If it was your intention to resign in any event, please accept our apologies for writing to you unnecessarily at this difficult time.”

Senior Chaverim member Michael Lawrence did not respond to requests for comment.

Fiona Zlotnick resigned as Temple Beth Israel membership and events co-ordinator in June, after more than eight years in the role.

“I was being undermined for doing my job by a group of people who at the time were nameless,” she told The Sunday Age.

“In my role I would have confidential discussions with members, and those conversations and emails were shared with other people to criticise the organisation and me.

“I would like to think I was impartial in my role. What I have always supported is the community and the congregation.”