A Melbourne flood victim has described the devastation of having his home inundated by the rising waters, then learning on Monday morning the property had been burgled.

A masked looter was reportedly seen fleeing the property on Burton Crescent, Maribyrnong, about 7am Monday morning, three days after the Maribyrnong River’s banks broke and flooded the suburban neighbourhood. 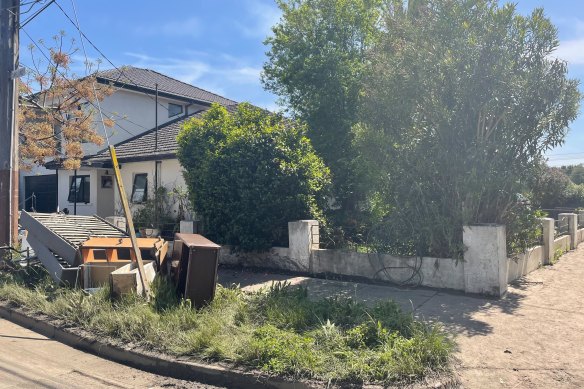 The flood-affected home in Maribyrnong that was looted on Monday.Credit:Sophie Aubrey

Home owner Darren estimated the crooks took about $15,000 worth of items and police said they were investigating the alleged crime, which has raised the ire of the Victorian premier and emergency management chief.

Darren said the thieves took the few personal items that had avoided flood damage, including a laptop, iPads and an e-bike.

“[The took] the really expensive stuff; the last of our belongings really,” he said.

“I can’t believe humanity can be so low. They’ve kicked us when we’re already down.” 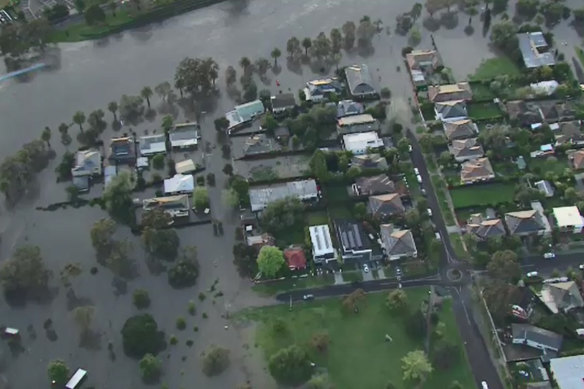 Darren asked not to be identified because his daughters, aged 10 and 12, hadn’t been told about the extent of the damage to their home.

He said he received a phone call from a neighbour about 7am Monday when a Channel Nine camera crew spotted the masked intruder rushing from his home and fleeing in a blue Ford Territory 4WD.

Victorian Police confirmed it was investigating the alleged burglary and would patrol the flood-affected parts of Maribyrnong, where some sodden homes were now unoccupied.

“It is believed a man entered the home, which was unoccupied at the time, and stole several personal items before fleeing in the Territory,” a police spokesperson said.

“The man was wearing high-vis clothing, a beanie and face-covering at the time.

“It is understood two other males remained in the vehicle during the incident.”

Darren’s riverfront home remained coated in mud on Monday morning with piles of furniture stacked outside, all of it caked in thick grime.

He said it appeared the thief forced open his front security door, smashed through the house and filled bags with his family’s belongings.

Premier Daniel Andrews said Victoria Police would have no tolerance for criminals who took advantage of the vulnerability of flood victims.

“During these very difficult times we see the best of the Victorian spirit – people looking after each other people and doing quite extraordinary things – and then we see some other behaviour that is really, really poor,” he said.

Darren and his wife have billeted their children out to other homes while they make their home inhabitable, but he said he’d suffer the lingering stench and filth to ensure it was occupied over coming days.

“I didn’t expect it all. We locked the doors as much as we could,” he lamented.

Despite the burglary, he said the support shown by neighbours and friends had been heartwarming.

Anyone who witnessed Monday morning’s incident or has dashcam or CCTV footage is urged to contact Crime Stoppers on 1800 333 000 or submit a confidential crime report at www.crimestopppers.com.au