The Tuvalu-flagged OS 35, which is loaded with steel bars as well as more than 400 tonnes of fuel, clipped the ADAM LNG as the former was moving to exit the bay. The Marshall Islands-flagged ADAM LNG had arrived in Gibraltar after unloading in Malta and remains at anchor near the place where the collision took place.

After the collision, the Gibraltar Port Authority directed the OS 35 to the eastside of the port to ensure it could be safely beached to minimise the risk of the vessel sinking.

Booms have being deployed around it to prevent any potential fuel spill.

The OS35’s 24-strong crew remain onboard at the request of the captain, but could be evacuated if necessary. 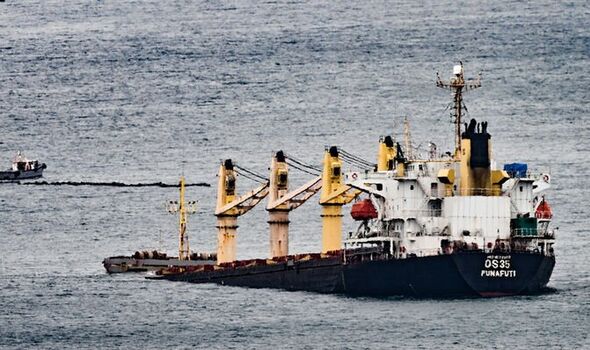 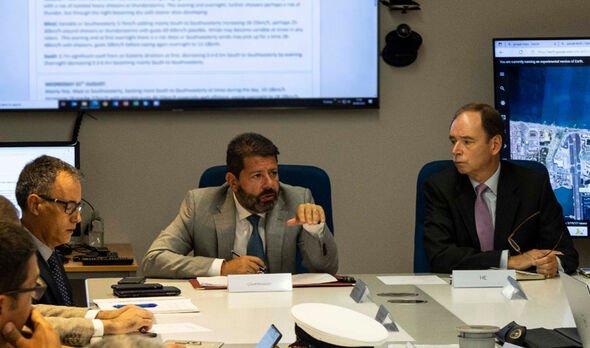 Chief Minister Fabian Picardo QC and His Excellency the Governor Vice Admiral Sir David Steel jointly chaired a meeting of the Gibraltar Contingency Council and of the Strategic Coordination Group earlier today to receive updates on the ongoing incident.

A statement issued subsequently by the Gibraltarian Government explained: “A survey inspection by a specialist team of divers this morning has confirmed that the OS 35’s bulbous bow is currently submerged 1.2 metres into the sandy seabed.

“There is significant damage to the vessel’s starboard side, including a gash amidships, below the waterline, measuring approximately 10 metres by four metres. 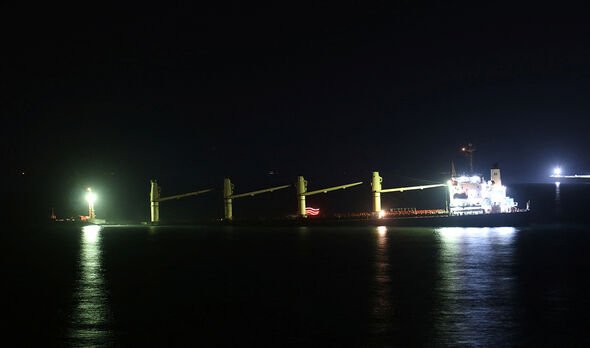 “The vessel ADAM LNG appears to have suffered no significant damage, except for a superficial dent to its bulbous bow.

“No injuries have been reported among the crew and there has been no water ingress.

“This has been confirmed by divers and by an internal survey.” 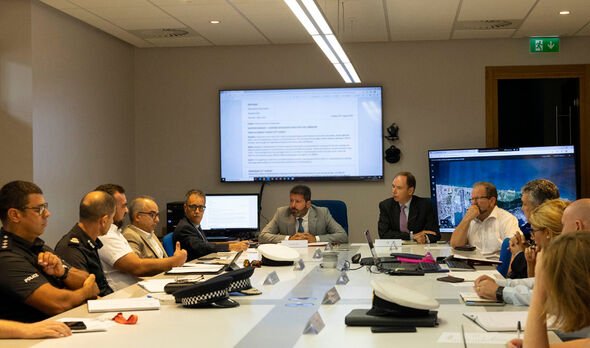 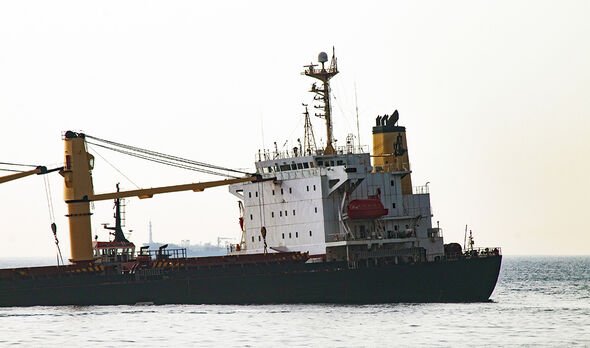 A team specialising in the salvage of marine vessels is due to arrive in Gibraltar this afternoon to conduct a full on-site assessment.

Referring to the Spanish-based sea search and rescue agency, the statement added: “The Gibraltar Port Authority currently has two tugs and three service craft deployed to the scene, assisted by Salvamento Maritimo, and are ready to react to any incident that may develop.

“The Port of Algeciras is working in close coordination with the Gibraltar Port Authority, and has also been authorised to deploy assets, including a Salvamento Maritimo helicopter to undertake an aerial survey of the OS 35. 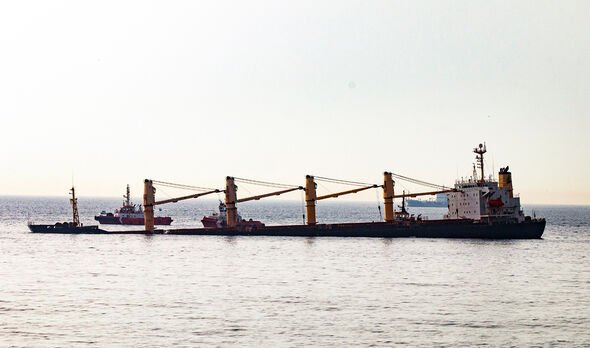 “The Government takes this opportunity to thank all those involved in the multi-agency response overnight.

“A further meeting of the Strategic Coordination Group is scheduled for this evening.”

The Strait of Gibraltar is a narrow passage which provides access to the Mediterranean from the Atlantic ocean. 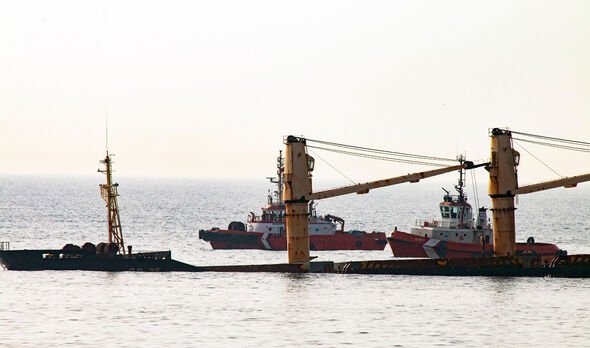 Gibraltar, located on the southern tip of Spain, has been in British hands since Treaty of Utrecht, signed in 1713.

The OS35 has an overall length of 584 feet and a breadth of 91ft 10 inches, and was built at Shin Kurushima Toyohashi shipyard in 1989.

In 2017 it was hijacked by Somalian pirates who fled after an 18-man Chinese special force team boarded the vessel.