Former Secretary of State Hillary Clinton compared US House Speaker Nancy Pelosi to the United Kingdom’s late Queen Elizabeth II on Sunday because she claimed both ‘fought’ for what they believed in.

The remark’s timing is controversial considering it came while the beloved monarch’s casket was being brought to Edinburgh for the first leg of her final journey, as tens of thousands of Britons already line the streets in mourning.

‘I think Nancy Pelosi is the gutsiest woman in politics right now,’ Clinton said on CNN’s State of the Union.

‘She has shown, through all kinds of turmoil and challenge, what it means to – somewhat like the Queen to be drawing an analogy here – get up every day, put on those high heels she wears, suit up to fight for the values and ideals that she strongly believes in.’

Meanwhile mourners in Scotland gathered on Sunday for a glimpse of Queen Elizabeth’s coffin as it was transported from her holiday home of Balmoral to the Palace of Holyroodhouse in Edinburgh.

The queen’s only daughter, Princess Anne, was in the motorcade accompanying her mother’s hearse along with  her husband Vice Admiral Sir Timothy Lawrence. Two more of the late monarch’s four children – Prince Andrew and Prince Edward – joined Princess Anne in Scotland’s capital.

The United Kingdom and millions across the world are in mourning after Queen Elizabeth’s 70-year reign ended on Thursday, September 8. 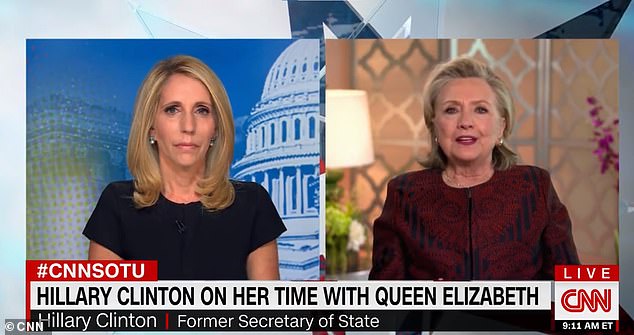 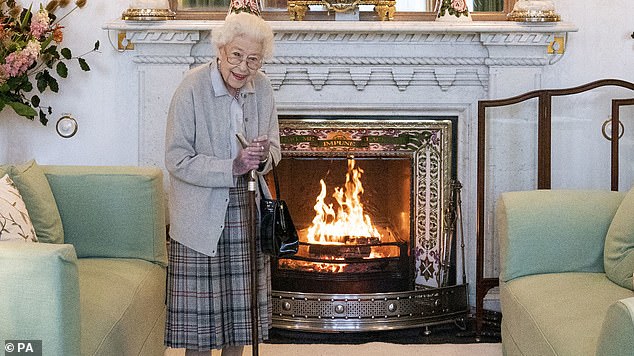 Queen Elizabeth II died peacefully and surrounded by relatives on September 8, Buckingham Palace said on Thursday. She was 96 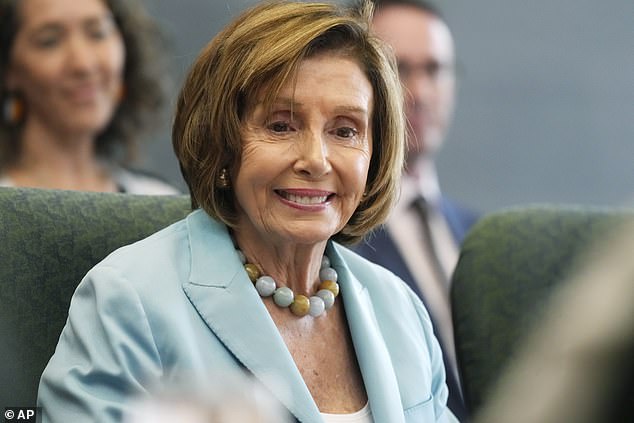 Clinton said of Pelosi (pictured on August 31), ‘She has shown, through all kinds of turmoil and challenge, what it means to – somewhat like the Queen to be drawing an analogy here – get up every day, put on those high heels she wears, suit up to fight for the values and ideals that she strongly believes in’

Buckingham Palace announced that day that she had died peacefully, surrounded by relatives, at the age of 96.

Clinton remembered the queen as an ‘engaging and lively conversationalist’ who she had met multiple times, both as Barack Obama’s Secretary of State and years earlier as First Lady of the United States.

‘One of my favorite memories is when Bill and I stayed with her and Prince Philip on the Britannia, what used to be the royal yacht, as we commemorated the 50th anniversary of D-Day. So we were in close quarters,’ she recalled.

‘The Queen Mother was there. It was just like being with a family that was having a good time together despite the solemnity of the occasion.’

She also complimented the queen’s longstanding ‘devotion to duty and her sense of obligation to the people of her nation,’ from when she first took the throne until meeting with the UK’s newest prime minister just two days before she died.

‘But I also saw a more playful and somewhat, you know, funny and very incredibly warm side of her as well,’ the Democrat added. 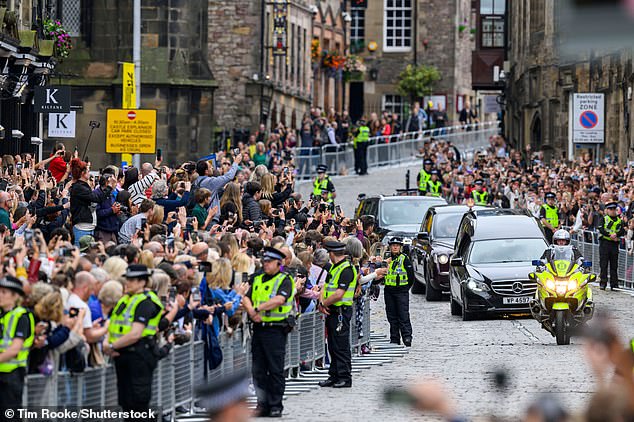 Clinton’s comments came the same day that mourners in Scotland lined the streets for the first leg of Queen Elizabeth’s final journey (pictured: The coffin of Queen Elizabeth II passes St Giles’ Cathedral on its way to Palace of Holyroodhouse) 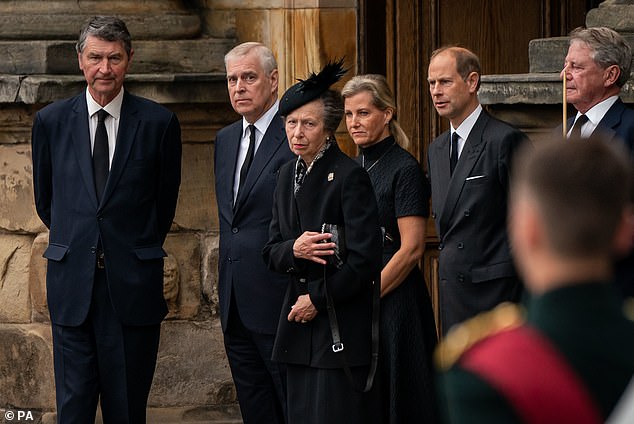 Vice Admiral Timothy Laurence, the Duke of York, the Princess Royal, the Countess of Wessex and the Earl of Wessex at the Palace of Holyroodhouse in Edinburgh, awaiting the Queen’s coffin 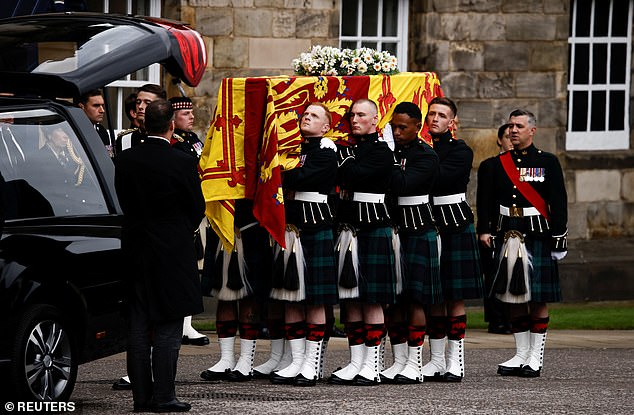 Clinton also claimed to have exchanged jokes with the queen about being female leaders in the current global system – despite their vastly different roles.

‘Sometimes there would be, you know, a wry exchange about, you know, how as a woman leader, you always have to have your hair done, well, she always looked perfect, unlike some of us,’ she said.

‘She had a sense of style that really stayed with her. And so I knew that her sense of who she was and the role she played literally governed her life from every second of it.’

After her comparison of the Queen of England’s seven decades of service to a US politician, Clinton also threw in praise for Vice President Kamala Harris – despite the Democrat’s near-constant struggle with low approval numbers.

‘And of course vice president, Kamala Harris, is someone who is breaking totally new ground, and I know that’s not easy, having done a little of that myself,’ the failed 2016 presidential candidate said.

‘She’s doing it with, you know, good humor and a smile on her face despite the challenges that come with the role. So those are two that immediately come to mind.’

It comes on the heels of her new Apple TV+ show ‘Gutsy’ with daughter Chelsea Clinton, in which the two explore the stories of historically important women.