THIS is the horror moment a man was gored by a baby bull in front of hundreds of festival goers in Spain.

The 47-year-old was left with a gushing wound after brawling with the animal in the closed arena in Pinoso, near Alicante. 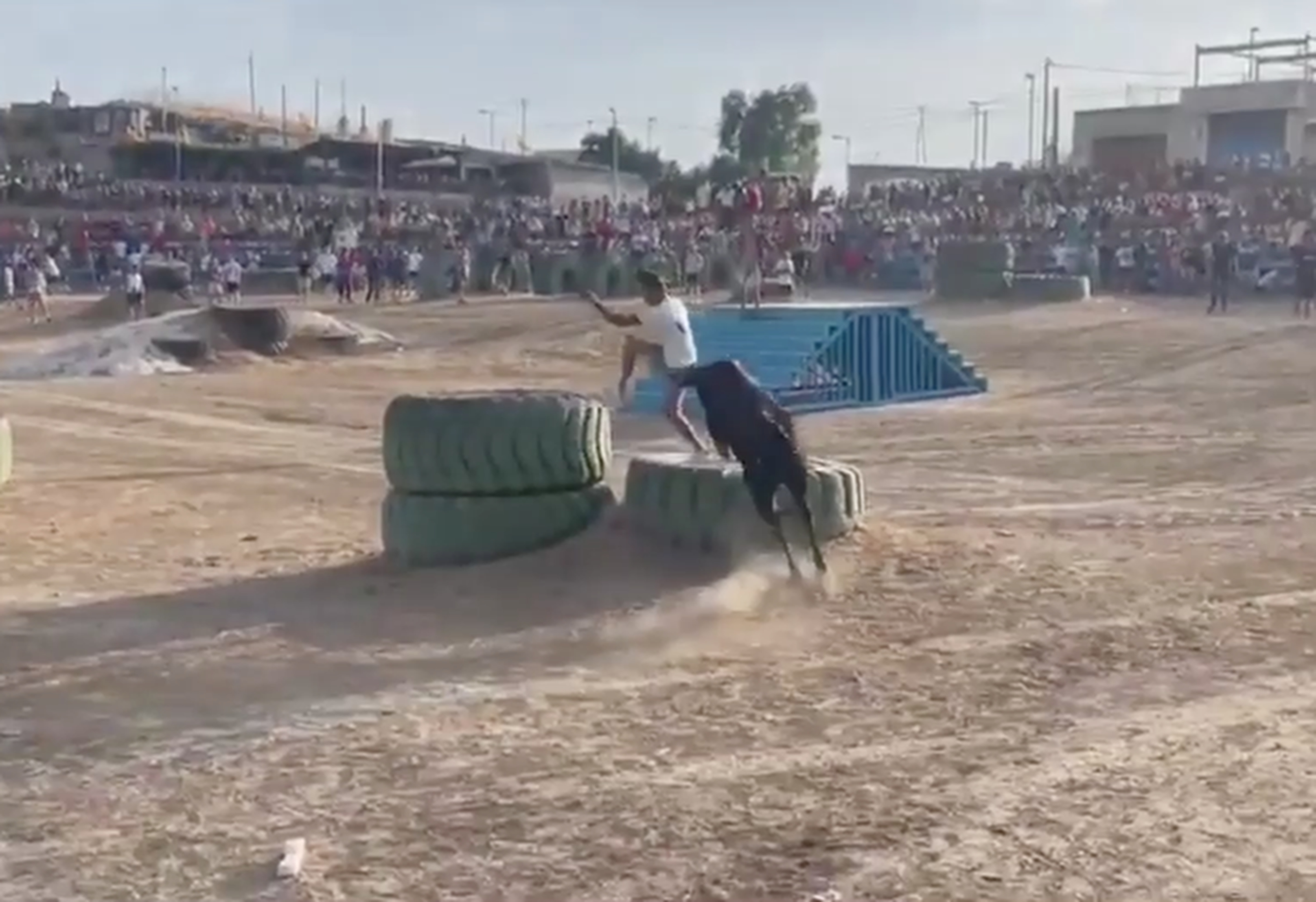 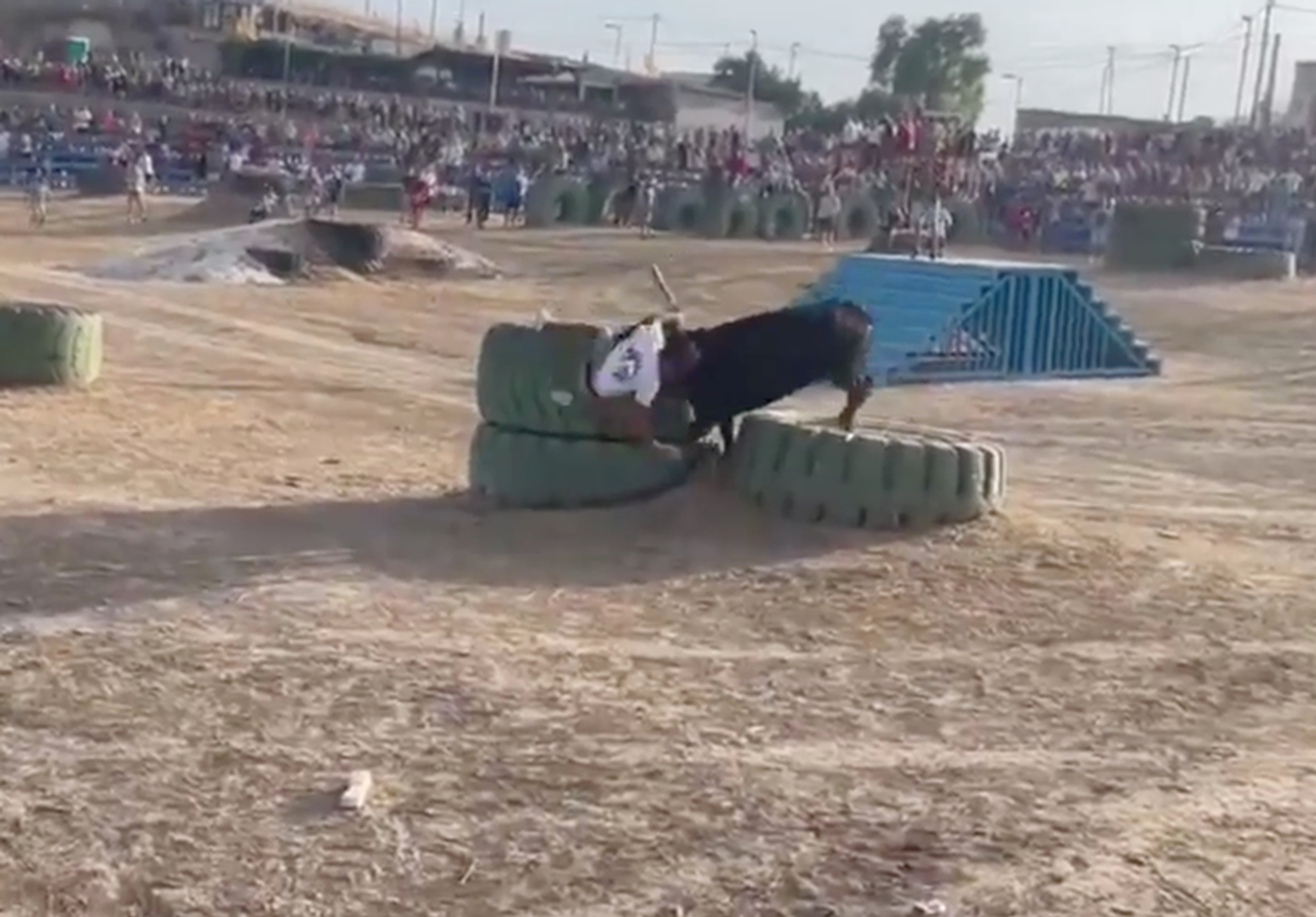 Onlookers believed the man was "bleeding to death" after the blood-soaked clash on Saturday.

He had been theatrically taunting the beast around a makeshift obstacle course on the Costa Blanca, much to the crowd's delight.

But after the man climbed on top of one of the giant tyres littered throughout the arena, the irritated baby bull tipped him off.

As he lay helplessly on the floor, the 47-year-old was struck a second time and gnawed at by the huge beast. 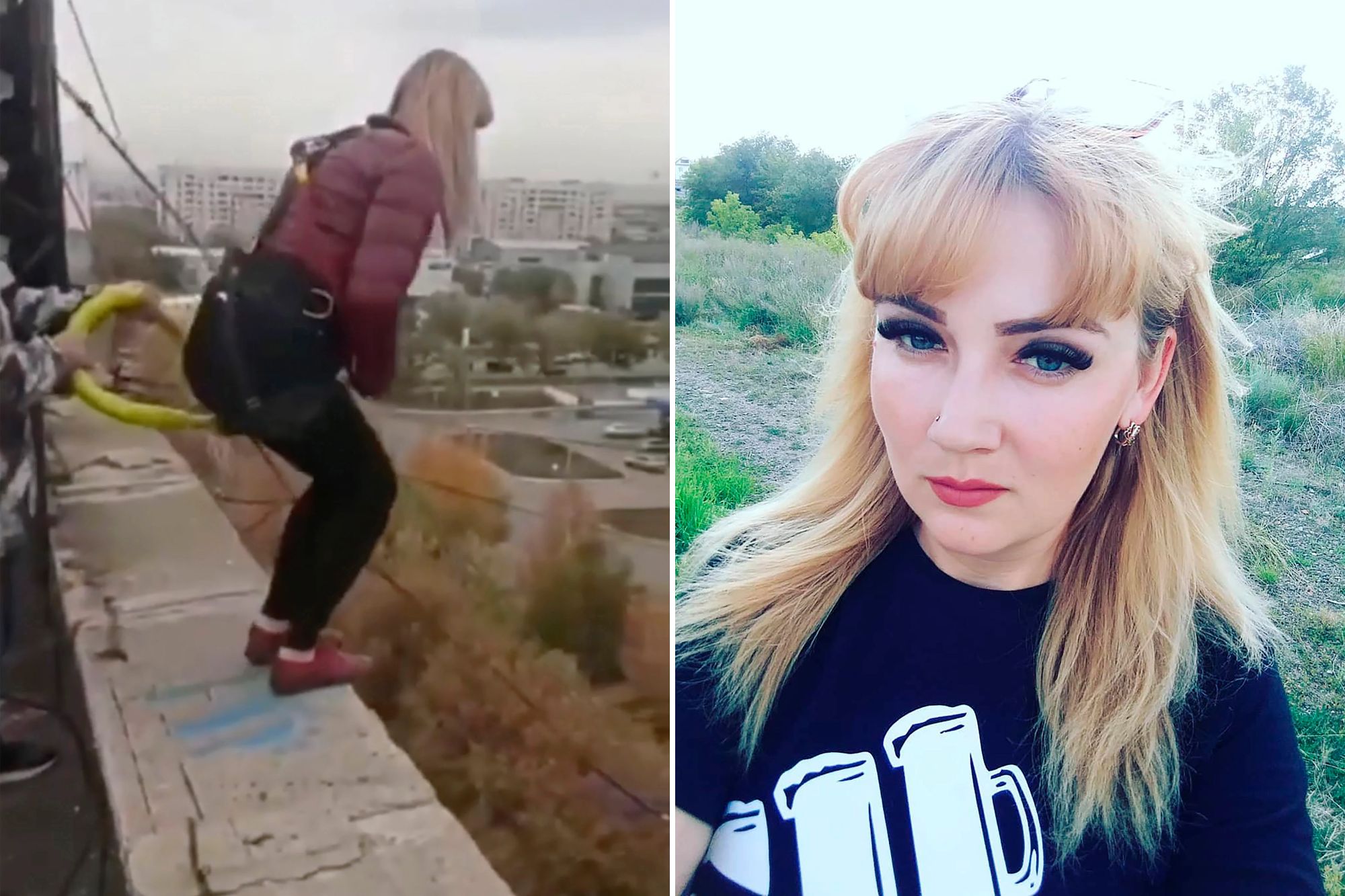 The bloke made a desperate bid to escape the bull's jaws and attempted to climb back on the tyre, before slumping back to the ground.

The animal then gored on the upper part of his leg near his groin as onlookers screamed in horror.

One reveller in the dramatic footage could be heard screaming: "He’s bleeding to death!"

The injured performer was only saved when onlookers hauled him away and helped him to safety at the annual festival.

I called Coleen and said 'what the f**k is this?' after THAT post, says Rebekah

They bravely brushed off the bull and realised the man's femoral artery was spewing out blood, before a Good Samaritan wrapped the wound with a tourniquet.

The 47-year-old, from Yecla in the neighbouring province of Murcia, remained in a serious condition in hospital on Wednesday after undergoing emergency surgery.

Pinoso's mayor Lazaro Azorin praised the unidentified member of the audience for their quick thinking.

The chaos unfolded at the yearly Costa Blanca festival where a 26-year-old man died after being mauled by a bull.

He bled to death on a hospital operating table after being gored in the left thigh, suffering an eight-inch gash in almost identical circumstances to the latest incident.

Baby bulls can do a lot of damage with their horns despite weighing far less than adult animals.

They are aged between one and a half and two. They have been known to break people's legs when they charge them. 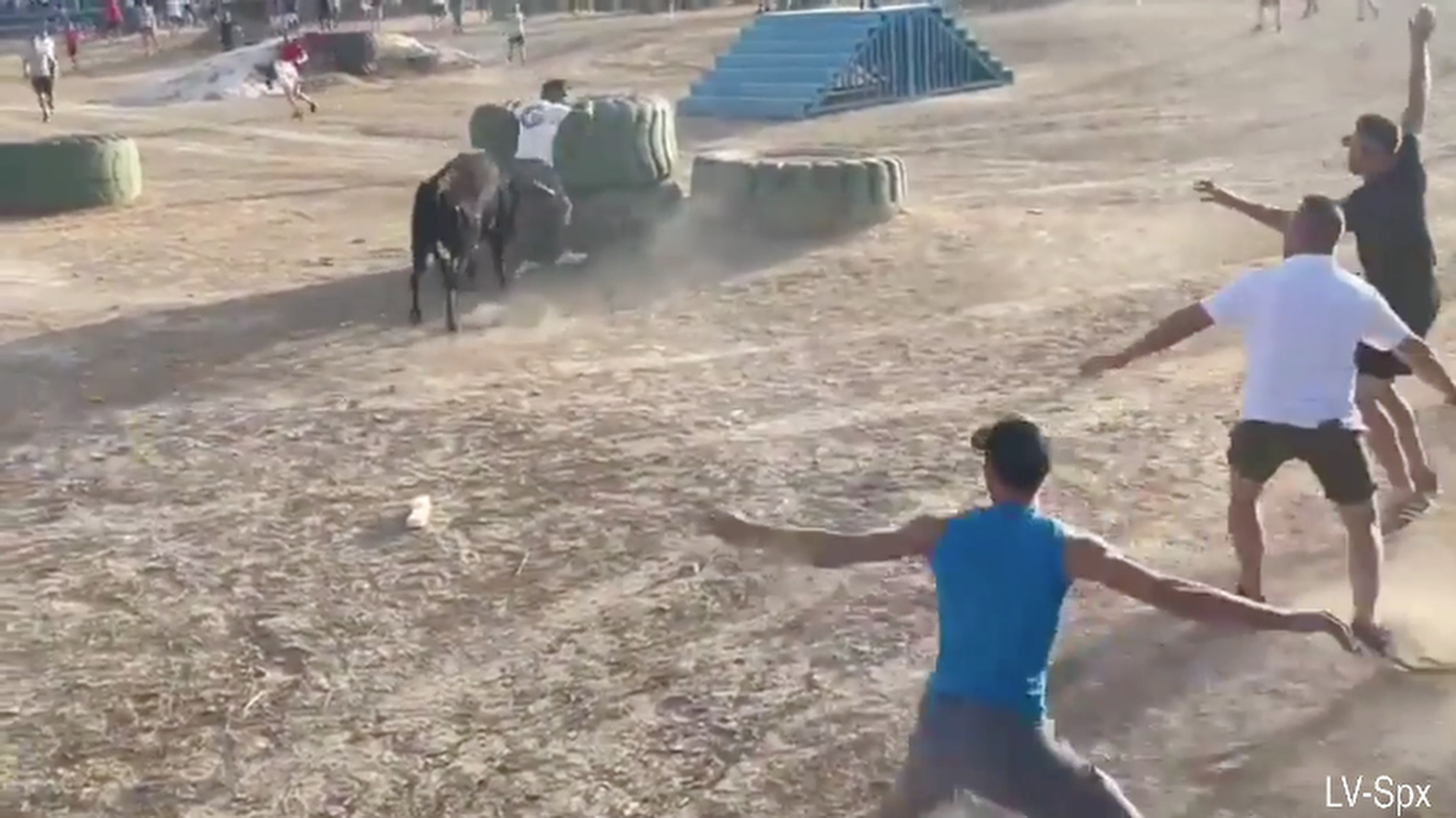 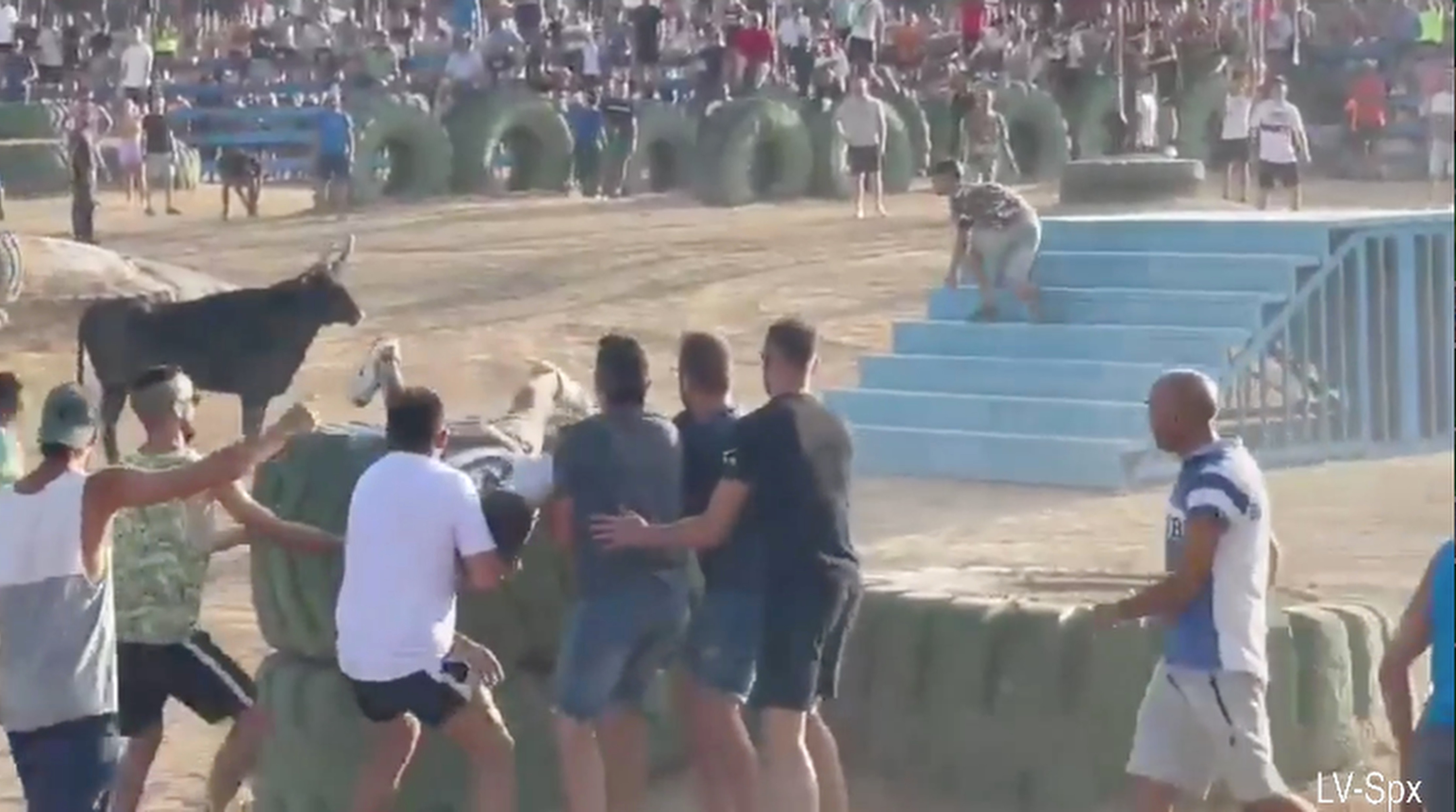