A dad got his kids off screens and outside cleaning up beaches and parks in a move that ‘immediately’ made them more ‘active and engaged’.

Sydney dad Jon Owens, 47, had the idea while watching a nature documentary with his children Molly 10, and Eve, 8.

He started off by taking his kids and their friends down to the beach where they would do different projects.

One day the kids went to Bondi and picked up rubbish at the basketball courts.

‘They got so excited, it got competitive, to see who could pick up the most and they had so much fun,’ Mr Owens told Daily Mail Australia. 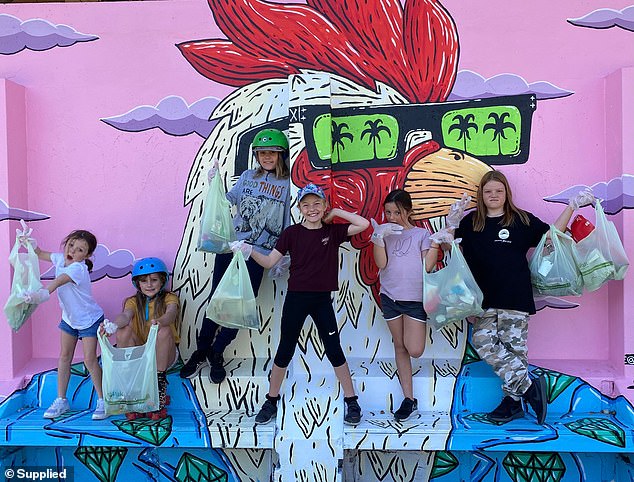 Mr Owens said his kids, Eve, 8, (pictured, far left at Bondi basketball courts) and Molly, 10, (pictured, second from right) go ‘so excited and competitive’ about the projects he gave them 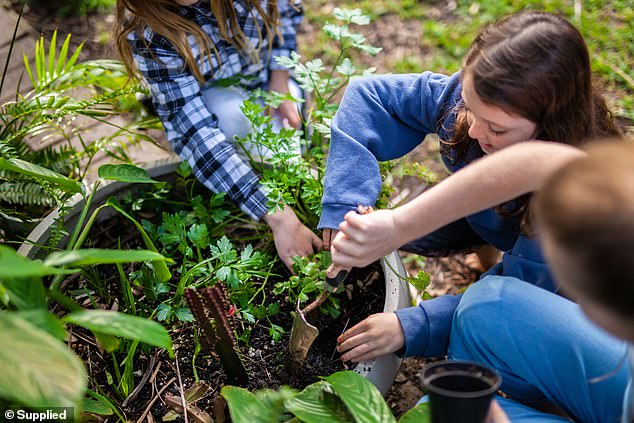 The app sends kids out on ‘real-world’ challenges, including gardening and making worm farms, frog hotels and bird boxes 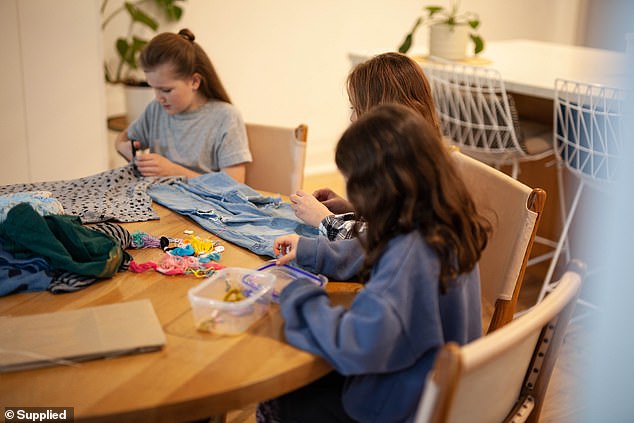 Mr Owens also gave the kids challenges like making a meal out of leftovers and doing craft using old clothes.

He noticed the positive changes in his kids ‘absolutely immediately’, with the added benefit of teaching them about responsibility and making them more environmentally aware in a fun way. 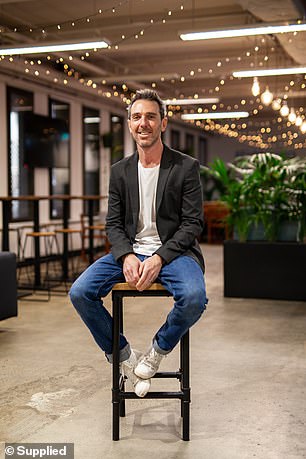 Mr Owens decided to invest in getting Aussie primary school kids to have the same experience.

He co-founded Genus, a tech start-up that developed an app to ’empower’ kids to go on real-world missions and learn life skills.

The Genus app is being trailed in 40 schools in Australia and works as a springboard to send kids out to do environmental projects.

Some of these include making worm farms, frog hotels, bird boxes and doing arts and crafts, with the app showing them how to do it.

Once the ‘mission’ is completed they upload photos to the app before moving on to the next level.

Mr Owens conceived the app as an environmental and educational answer to the popular games that kids are engrossed in such as Minecraft and Fortnite.

It also has quizzes and word searches with environmental themes, including exercises where students use maths to calculate how much soft plastic they can save from landfill.

Mr Owens said it’s all about bringing kids on a fun journey that has a real tangible benefit.

‘Saving the planet has always been seen as hard and boring… Genus is making sustainability fun for young people,’ Mr Owens said.

Mr Owens admits that while today’s kids are being brought up in the digital age, there should be a balance that helps kids become more active and get their hands dirty.

The app is free to schools but from 2023 will cost kids two dollars a year.

Genus’s aim is to use technology to solve real-world problems and plans to crowdfund the idea to further build the app.