Human remains are found in woodland pond beside an NHS hospital

Police are investigating the discovery of human remains found next to an NHS hospital in a pond on New Year’s Eve.

Human remains were found on Saturday following reports of ‘a suspicious object in the water’ at Oakwood Pond, known as a wildlife haven in Harlow, Essex.

December 31 was the first time Essex Police received a call from a worried member of public about the remains in the water next to Princess Alexandra Hospital.

But a local dog walker claimed that he had seen what he now believes was a headless torso in the water around two days earlier. 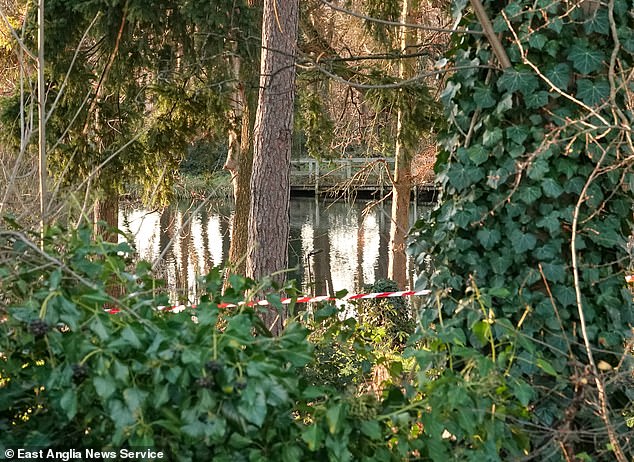 The man, who asked not to be named, said: ‘I was having my walk when I saw this white shape which looked just like a torso without a head.

‘There was a similar looking object right next to it close to the edge of the water. My first thought was that it was a naked human torso – but I just shrugged it off. My dog didn’t seem bothered about it at all.’

The man explained he did not report it because he believed it must have been ‘a couple of old bags’. Then the alarm was raised to police on Saturday.

He continued: ‘The second object was clearly a body part as well. It could be that there were remains from two bodies, rather than just one. The police are being very vague about it. 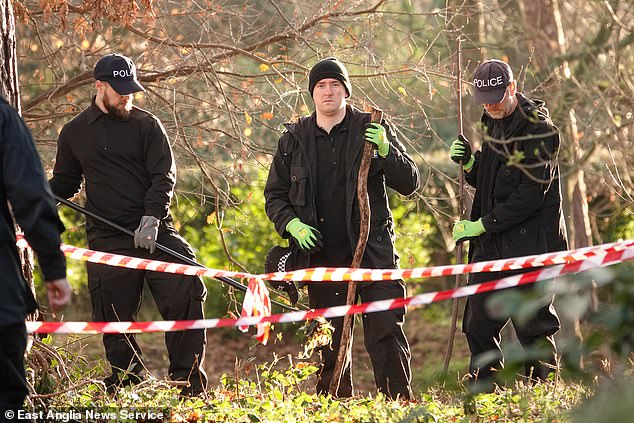 ‘Who knows how long they were there for. We had a lot of snow here before Christmas and the pond was completely frozen over so the remains could have been hidden under the ice and then come to the surface.’

Another local resident added: ‘It is shocking news. This area is a beautiful spot and there are always people walking around.’

The pond, fed by an underground spring, is believed to date back to the 12th century when it supplied fish for a local monastery. 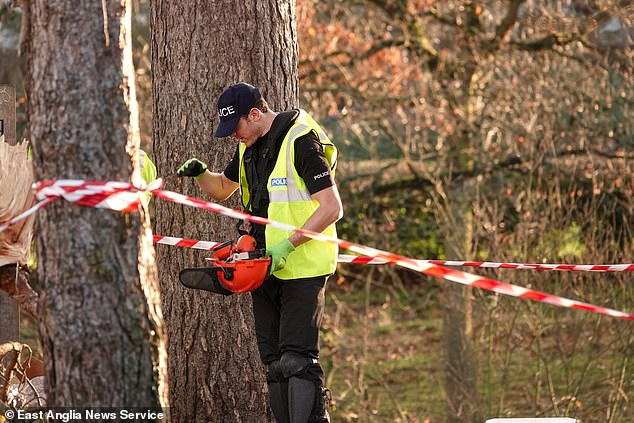 It is now a popular spot for fishermen and has jetties and wooden platforms for the use of anglers.

Today, police teams were cutting back vegetation in the wooded area surrounding the pond as they conducted their investigation.

An Essex Police statement said: ‘An investigation with Essex and Kent Serious Crime Directorate is underway and early enquiries are ongoing.’

Detective Chief Inspector Antony Alcock of Essex Police added: ‘It’s the really early stages of this investigation and we are working to determine what has happened.

‘I understand that this is concerning news for local residents, and our officers are likely to remain in the area for the next few days to continue enquiries.

‘We ask that the public respect the cordons in place and we will be updating the public as the investigation develops.’ Police divers have been searching the pond next to the 501-bed Princess Alexandra Hospital in Harlow.’ 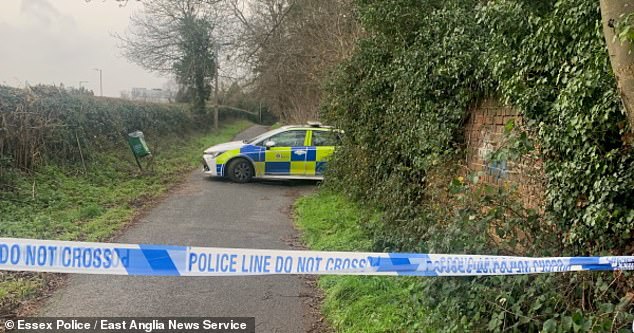 Essex Police are appealing for information, and asking for help from anyone with relevant CCTV, dash cam or other footage.

Anyone with information can submit a report on the Essex Police website or by using our online Live Chat service available Monday to Friday (excluding public holidays) between 10am-9pm.

Anonymous reports can also be made through independent charity @CrimestoppersUK, by visiting their website or calling tel. 0800 555 111. 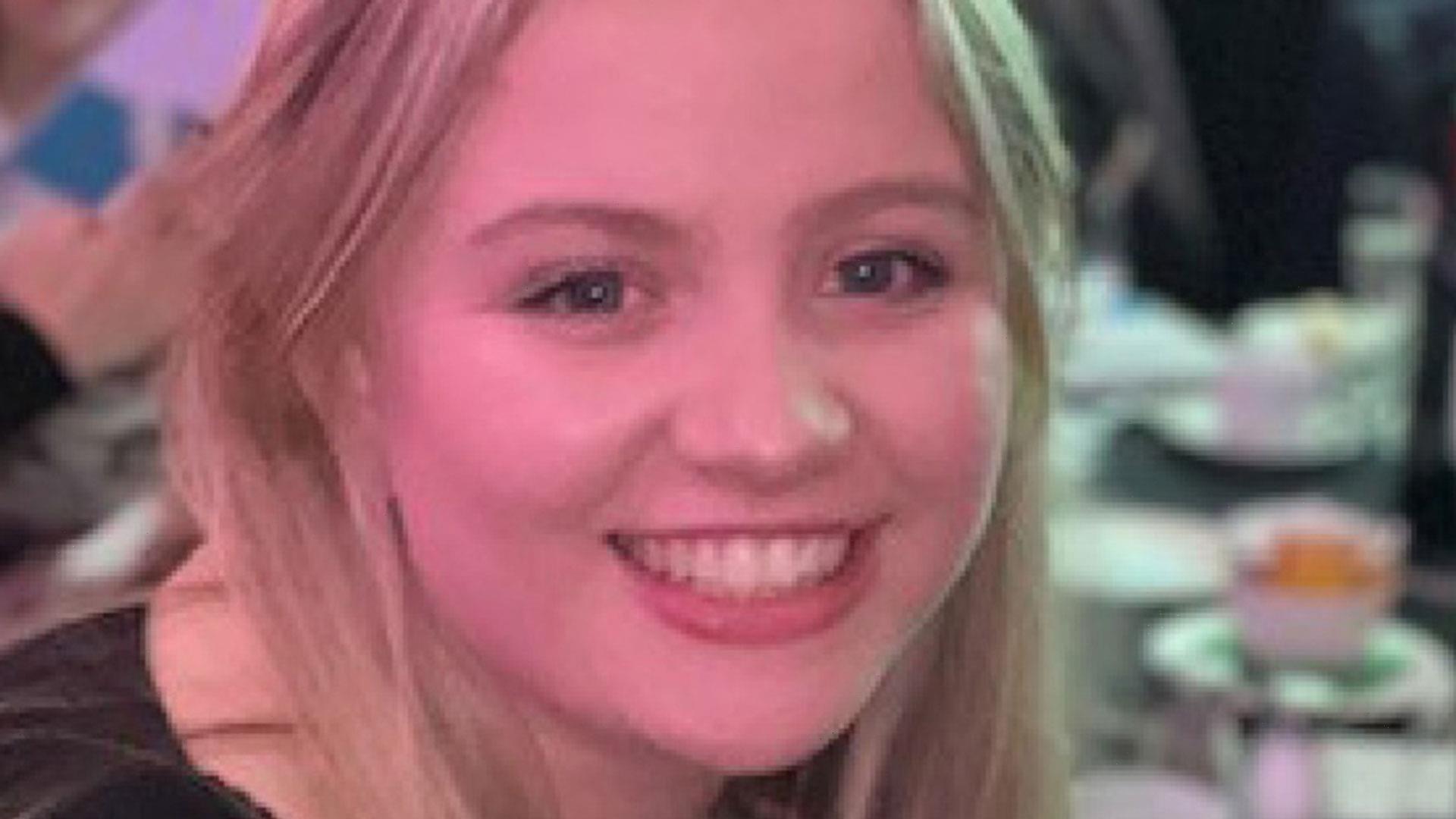 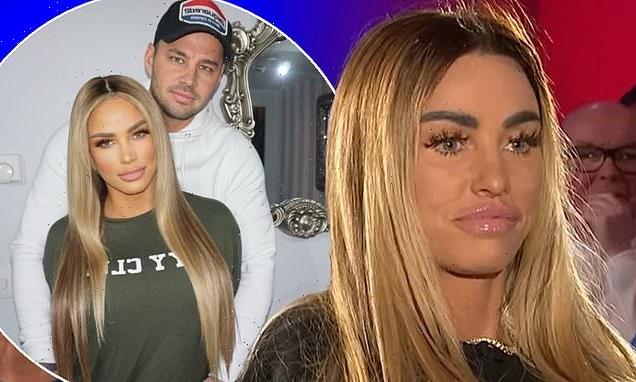