Inflatable incubators made in Britain are helping to save the lives of premature babies in war-torn Ukraine.

Nearly 35 of the so-called ‘Mom’ incubators have already been delivered to the country, and 16 more are on the way.

A further 100 have been requested by the Ukrainian Ministry of Health, while it is estimated that as many as 400 may be needed to meet growing demand. 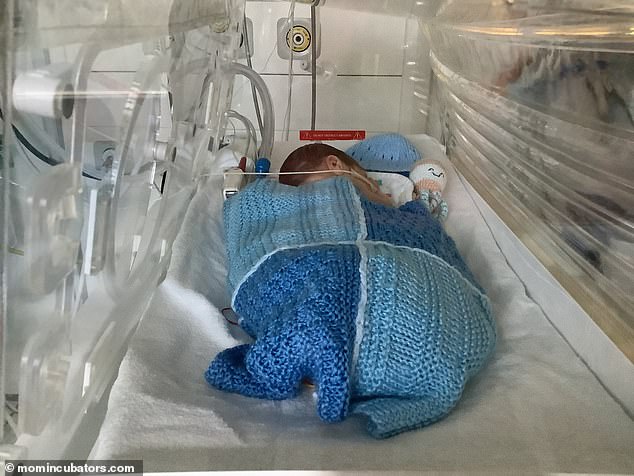 Nearly 35 of the so-called ‘Mom’ incubators (pictured) have already been delivered to the country, and 16 more are on the way 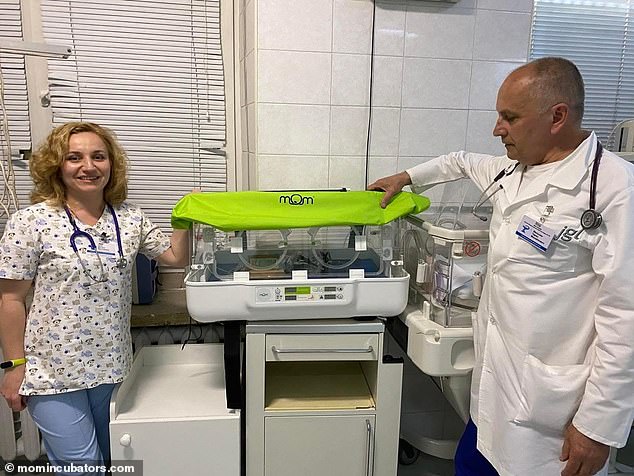 The portable device, which has scooped a James Dyson Award for Innovation, is cheaper and easier to deliver, set up, clean and use than its traditional counterpart

The portable device, which has scooped a James Dyson Award for Innovation, is cheaper and easier to deliver, set up, clean and use than its traditional counterpart, offering much-needed flexibility to doctors and nurses battling to deliver and look after babies in dangerous conditions.

Inventor James Roberts got the idea after watching a news item on the difficulties of providing newborn care in poorer regions of the world while he was a design student at Loughborough University.

He said: ‘Hospitals are being bombed – when air-raid sirens sound they cannot move the conventional systems. Our Mom device can be unplugged and transported to bunkers or shelters incredibly quickly, meaning that both nurses and the babies are protected and survive.’

Some 15million babies are born prematurely every year, accounting for about one in ten of all births worldwide.

Those born too early often have more health issues than babies born full-term and may face long-term problems that affect the brain, lungs, hearing or vision. Premature birth remains the leading cause of death in children under the age of five across the world.

Made in Felixstowe, Suffolk, the new-style incubators are also being used in the UK on a smaller scale – four major NHS hospitals have them, including St Peter’s in Chertsey, Surrey, and the Norfolk and Norwich, but with wider use in the pipeline.

Incubators are critical to saving premature babies’ lives as they keep them in a ‘thermal neutral zone’, which means they expend their energy growing as quickly as possible rather than in keeping warm. For every one degree Celsius a premature baby loses, it increases its chance of death by 28 per cent.

Premature birth rates in Ukraine have soared since the outbreak of the war, due to the vulnerability of pregnant women forced to shelter in basements and bomb shelters with little or no medical help.