‘God, don’t let this butcher kill me’: Jeffrey Dahmer’s only surviving victim describes terror as cannibal held a 12-inch knife to his groin and stroked a human head before he escaped and flagged down a cop car

The only surviving victim of Milwaukee cannibal Jeffrey Dahmer has spoken about the moments before his escape from the serial killer’s apartment where he was told: ‘I’m going to cut your heart out.’

In an account shared by Radar Online, Tracy Edwards described how he was handcuffed to the floor as the serial killer put his head to his chest, listening for his thumping heart during the July 1991 encounter.

Edwards, who was 31-years-old at the time, said: ‘I was lying face up on his bedroom floor. He had slapped handcuffs on my left wrist, pulled my arm under my back, and pressed a 12-inch knife to the crotch of my pants.’

In the account Edwards mentions how while trapped in Dahmer’s apartment he could see a human head in the bedroom, hands hanging in the closet and body parts in the refrigerator. 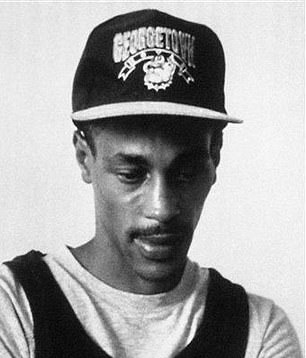 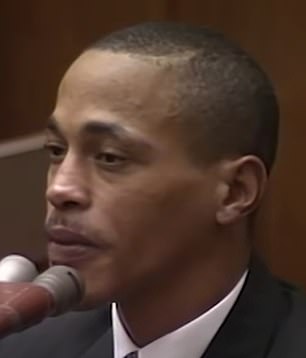 Dahmer killed and dismembered 17 men and boys between 1978 and 1991. Edwards would have been the 18th, with his escape ultimately leading to Dahmer’s arrest.

In Edwards account of his escape he mentions how on the walls of the apartment there ‘were various pictures of young men without shirts.’

It was Edwards’s successful escape from Dahmer and flagging down of cops that ultimately ended the killer’s horrific spree.

Just hours earlier Edwards claims he met Dahmer in a Milwaukee shopping mall, where the killer introduced himself and invited Edwards back to his flat to drink beers.

‘I went with him — and it was the biggest mistake of my life,’ said Edwards in the account.

Edwards described that despite ‘the stench of rotten flesh’ in the apartment, it was fairly clean and tidy.

‘His three-room apartment was clean and neat, with a beige carpet and couch in the living room area,’ said Edwards.

When he tried to leave the apartment he was drugged and handcuffed with a knife pointed into his chest.

He was then taken to a bedroom and made to watch The Exorcist. Dahmer pulled out a human and started stroking it in front of Edwards.

‘I talked him into taking me back to the living room but on the way, we stopped in the kitchen, where he opened the refrigerator to reveal a bloody mass of flesh inside,’ he said.

Eventually Edwards made for the front door, striking Dahmer in the jaw, and opening both of its locks at the same time. Once free he was able to flag down a police car with handcuffs dangling from his wrists and have Dahmer arrested once they found the human remains in his house. 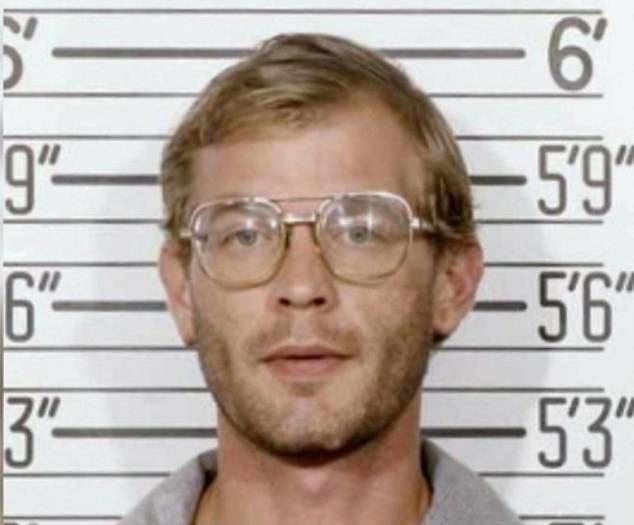 Dahmer gained notoriety for targeting gay men, particularly at bars, and committed his first murder at just 18-years-old when he picked up a hitch hiker.

He then enrolled in college but dropped out due to alcoholism.

His father then forced him to enroll in the army where he served as an army medic from 1979 to 1981.

He then began frequenting gay bars and where he would drug and rape them. After a second murder in September 1987 his killings became increasingly common.

Dahmer became known for the particularly disturbing things he would do with corpses. He would keep them for intercourse, dismember them and even photograph the process. 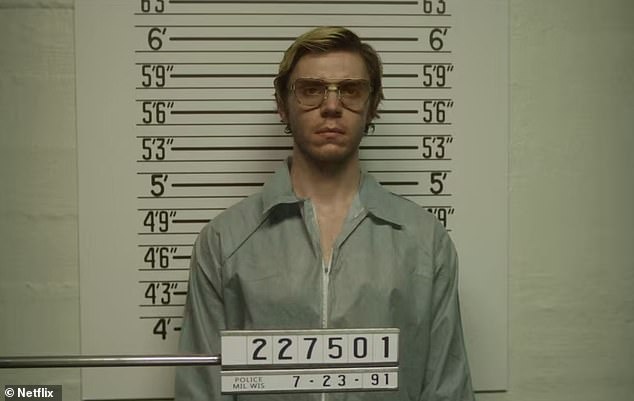 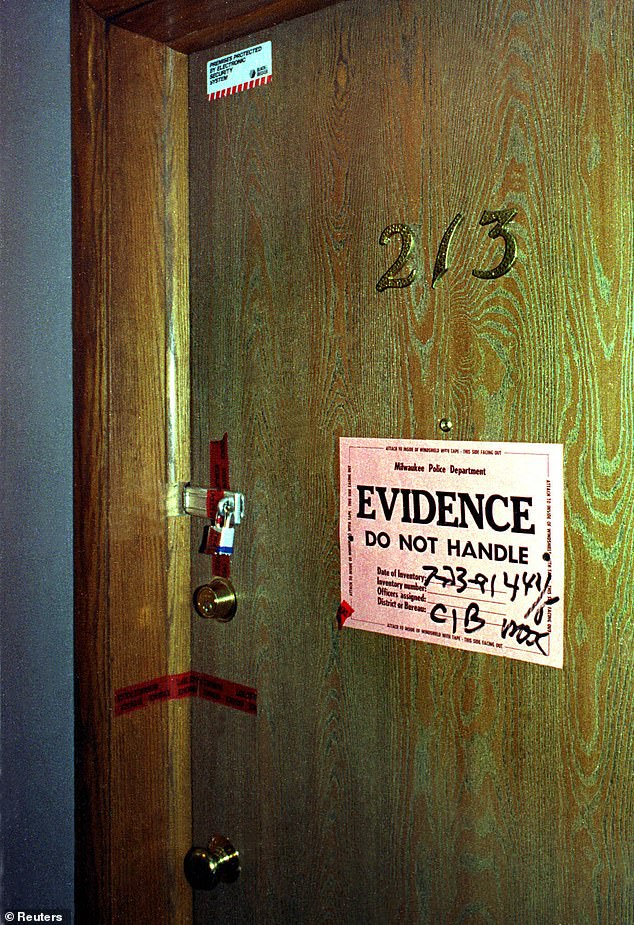 The front door of Dahmer’s apartment, 213 of the Oxford Apartments, 924 North 25th Street in Milwaukee, Wisconsin 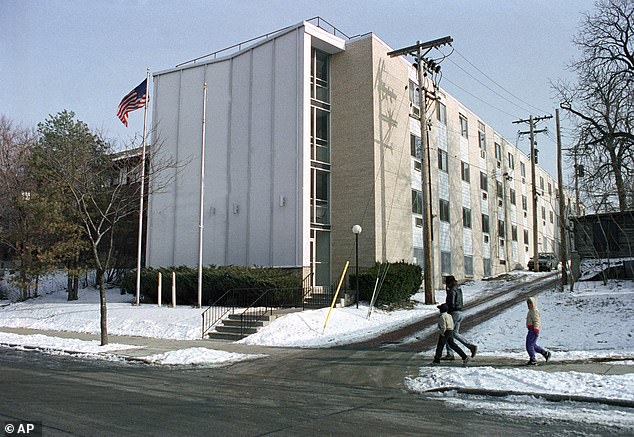 The Oxford Apartments where Dahmer murdered and dismembered a number of his victims. The building was knocked down shortly after he was caught

After his escape from Dahmer Edwards had future run-ins with the law and was arrested for drug possession and theft. In 2011 he was arrested for homicide and faced a murder charge of his own.

Edward’s escape from Dahmer’s apartment and the eventual arrest of the killer has been dramatized in a recent Netflix television series, ‘Monster: The Jeffrey Dahmer Story’.

The series covers Dahmer’s various killings through his confession, exploring various aspects and stages of his life.

Dahmer was beaten to death by another inmate in Columbia Correctional Institution in Wisconsin in 1994.