A High Court judge has described a shortage of secure accommodation for troubled children in England and Wales as a ‘national scandal’ after being told that 62 youngsters are vying for two spots.

Mr Justice Francis, based in the the Family Division of the High Court in London, said children with behavioural difficulties in ‘crisis’ situations were not being ‘properly provided for’.

He raised concern in an online hearing on Monday after being asked to make decisions about the future of a teenage girl in council care in Wales.

He heard that social services staff had been unable to find suitable secure accommodation even though her behaviour made her vulnerable to exploitation and could put her life at risk. 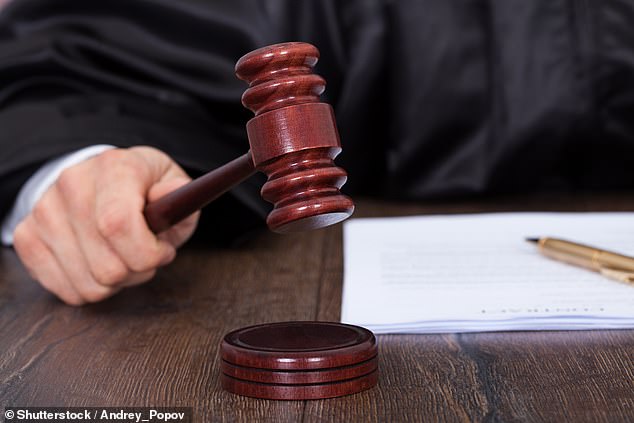 The judge, based in London, did not blame the council involved and said he was satisfied that staff had done all they reasonably could.

A barrister leading the council’s legal team told him that social workers had failed to find a placement in England or Wales and were exploring possibilities in Scotland.

‘In England and Wales on Friday there were 62 children in need of a secure placement,’ said Dafydd Paxton.

‘Only two places were available – only one of them was suitable for a female.’

The girl had been accommodated in a self-contained wing at a nursing home and looked after by two carers, the judge heard.

She was now being cared for in a psychiatric ward of a hospital, where most other patients were adults.

Mr Justice Francis said everyone agreed that the ward was not suitable for the girl, and described it as the ‘least-worst option’.

Hospital bosses had agreed to continue accommodating her on the ward while social workers searched for suitable accommodation, the judge was told.

He is due to consider the girl’s case next week.

‘It is a national scandal,’ Mr Justice Francis told the hearing.

‘It is scandalous that these young people in such absolute crisis are not being properly provided for.’

He said the girl’s case was ‘tragic’ and added: ‘I find it incredibly upsetting … that she is not able to be looked after in accordance with the duties that we place upon public bodies.’

Mr Justice Francis oversaw a public hearing but said the girl could not be identified in media reports of the case.

The judge also said the council and hospital trust involved could not named in case those details created an identity jigsaw which led to the girl’s name being revealed.

A number of judges have raised concern about a shortage of secure accommodation for troubled children in recent years.

In July 2021, one of Britain’s most senior judges described a lack of ‘proper provision’ for children who require approved secure accommodation as ‘scandalous’.

Supreme Court justice Lord Stephens said the problem was a scandal with ‘all the ingredients for a tragedy’.

He outlined his thoughts in a Supreme Court ruling on a case concerning another vulnerable teenager.