Kim Jong Un is celebrating another holiday on his custom-built mega-yacht at a secluded bay where he grew up, new satellite images appear to show.

The North Korean dictator’s 180ft (55m) pool yacht was spotted at the Hodo Peninsula, north of his family home at Wonsan, accompanied by a 60ft (18m) boat.

Kim has been out of the public eye for 12 consecutive days amid severe flooding that has worsened food shortages and damaged crops across the country. 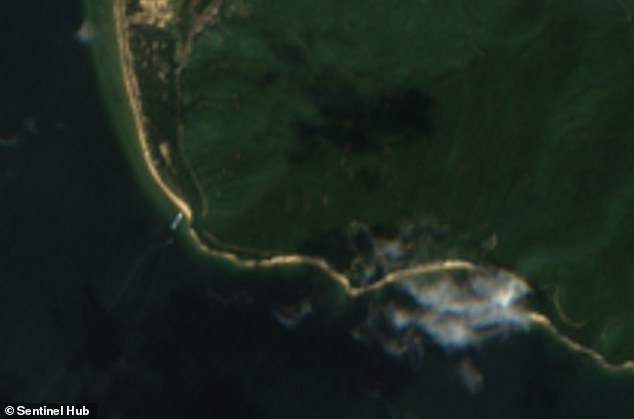 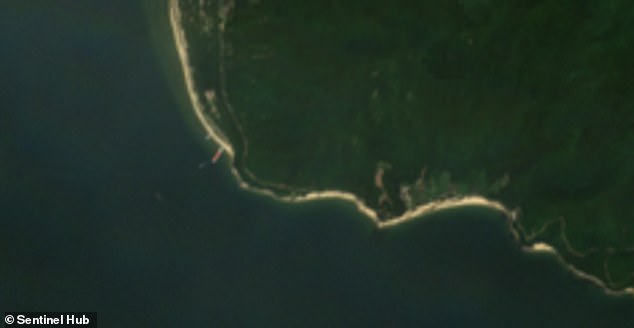 A second image shows the superyacht alongside a smaller boat, where staff may be based 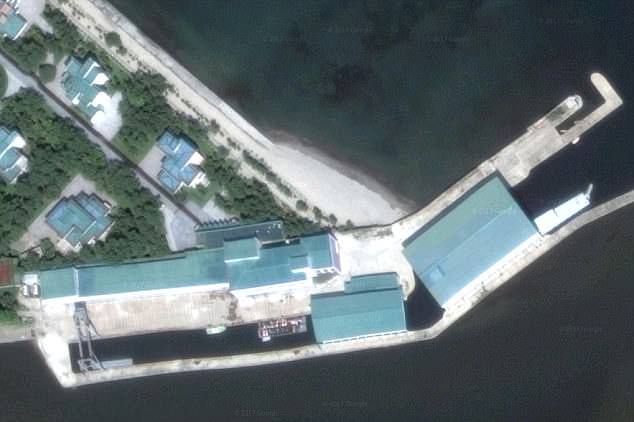 Previous images show the dictator’s nearby secret retreat, where he has hosted A-lister guests

He was also not heard from for 19 days last month, independent site NK News reported.

It’s the first time Kim’s mega-yacht has been photographed at the remote beach, a favourite of the dictator’s, which cannot be accessed via main roads or major towns.

The same red-roofed structure has been seen at numerous other places where Kim has been travelled in recent years.

During his previous break, it was seen anchored off the Wonsan coast, where Kim has a private marina.

In April it was spotted at nearby Tae Island, where it received repairs.

Thought to have cost in the millions of pounds, the opulent boat features theme park rides, water slides and a full football pitch.

Ex-NBA star and Michael Jordan teammate Dennis Rodman once described the incredible setting as ‘like Hawaii or Ibiza – but he’s the only one that lives there.’

Rodman said after his visit in 2013: ‘He’s got 50 to 60 people around him all the time – just normal people, drinking cocktails and laughing the whole time. 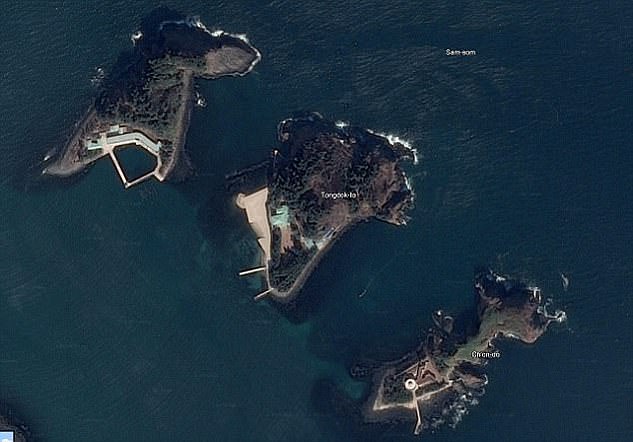 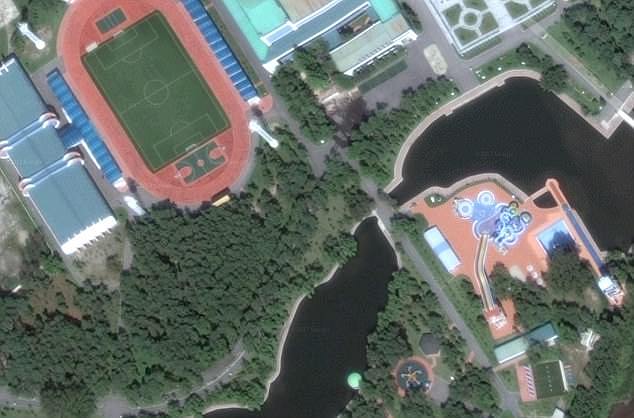 Rodman said of the atmosphere at Kim’s paradise (2017 image): ‘He’s got 50 to 60 people around him all the time – just normal people, drinking cocktails and laughing the whole time’

‘If you drink a bottle of tequila, it’s the best tequila.

‘Everything you want, he has the best.’

A private railway and a nearby airstrip also allow Kim’s favoured subjects to be brought there to party with him.

And if everyone gets bored, there are a set of three private islands located around 35 miles down the coast that can be reached using one of Kim’s fleet of boats.

Little is known about exactly what is on these islands, but they are known to be used by regime officials to relax.

The spotting comes days after Vladimir Putin was rumoured to be considering the enlistment of North Korean troops in Ukraine.

Kim reportedly made clear through ‘diplomatic channels’ that as well as providing builders to repair war damage, it is ready to supply Russia with a vast fighting force.

When Putin launched his invasion in Ukraine on February 24, North Korea was one of five countries to vote against a United Nations resolution condemning the invasion.

North Korea also became the third country to recognise the independence of the breakaway states of Donetsk and Luhansk People’s Republics in Eastern Ukraine – territory seized by Russian forces during the invasion.

Ukraine reacted by severing all diplomatic ties with North Korea.