No cost-of-living crisis for Keir! Labour is set for £700k boost to £7m taxpayer funding this year as ‘short money’ pot soars in line with inflation.. fuelling Tory fears they will be outgunned financially at next election

Keir Starmer is scooping an inflation windfall from struggling taxpayers with Labour in line for a £700,000 boost to its coffers this year.

While Britons face a cost of living crisis, the party’s ‘short money’ allocation from the public purse is due to be uprated by the headline CPI rate this spring – currently over 10 per cent.

Around £90,000 extra will be available for running Sir Keir’s office, while overall Labour’s state funding could reach nearly £7.7million in 2023-24.

The boost will fuel alarm in Tory circles that they could be significantly outgunned by Labour financially going into the next general election. 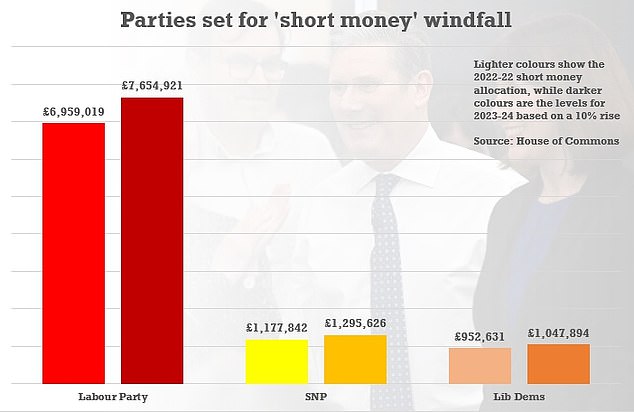 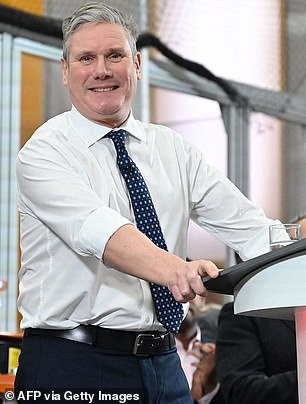 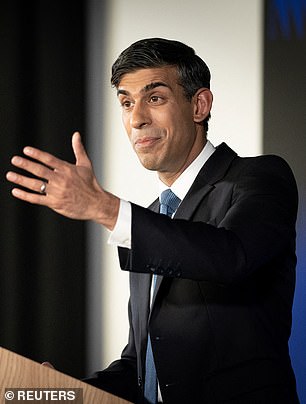 While Keir Starmer (left) can expect Labour to get an extra £700,000, Rishi Sunak (right) and the Tories will be worried about being financially outgunned at the next election

Figures released last month showed the Conservatives suffered a massive slump in donations as the party was wracked by leadership chaos and economic strife.

The party reported receiving £2.9million between July and September, down from £5.3million in the second quarter of the year.

Labour, by contrast, received £4.7million in donations in Q3, up from £3.8million in Q2, according to the Electoral Commission.

That included £1.6million from trade unions, several of whom have undertaken strike action in recent months and plan more in the run up to Christmas.

Short money can be claimed by all Opposition parties that secure MPs at an election, as long as they take the oath of allegiance to the monarch. It is meant to offset the governing party having access to Whitehall resources.

They can deploy the money on salaries for staff, developing policies and other Parliamentary activities – although not political campaigning.

Independent auditors must approve money claimed from the allocation, and a transparency breakdown of how much has been spent is published after each year.

In the current financial year parties are entitled to £19,401 for every MP, as well as travel costs.

However, the entitlements are uprated by inflation every year – with the figure used the CPI rate from the previous December. That is due to be announced later this month, but is unlikely to be dramatically lower than the 10.7 per cent recorded for November.

Labour sources stressed that the uprating mechanism and level of short money was decided by Parliament.

‘As will be our approach in government, we treat every penny of taxpayer money with the respect it deserves,’ one source said.

A Labour spokeswoman said: ‘Inflation is soaring after 13 years of Tory economic failure.

‘The next Labour government will deliver a fairer, greener more dynamic Britain where the UK economy works for everyone.’

A Tory source said: ‘It’s no wonder Starmer’s been slamming our plans to halve inflation.’