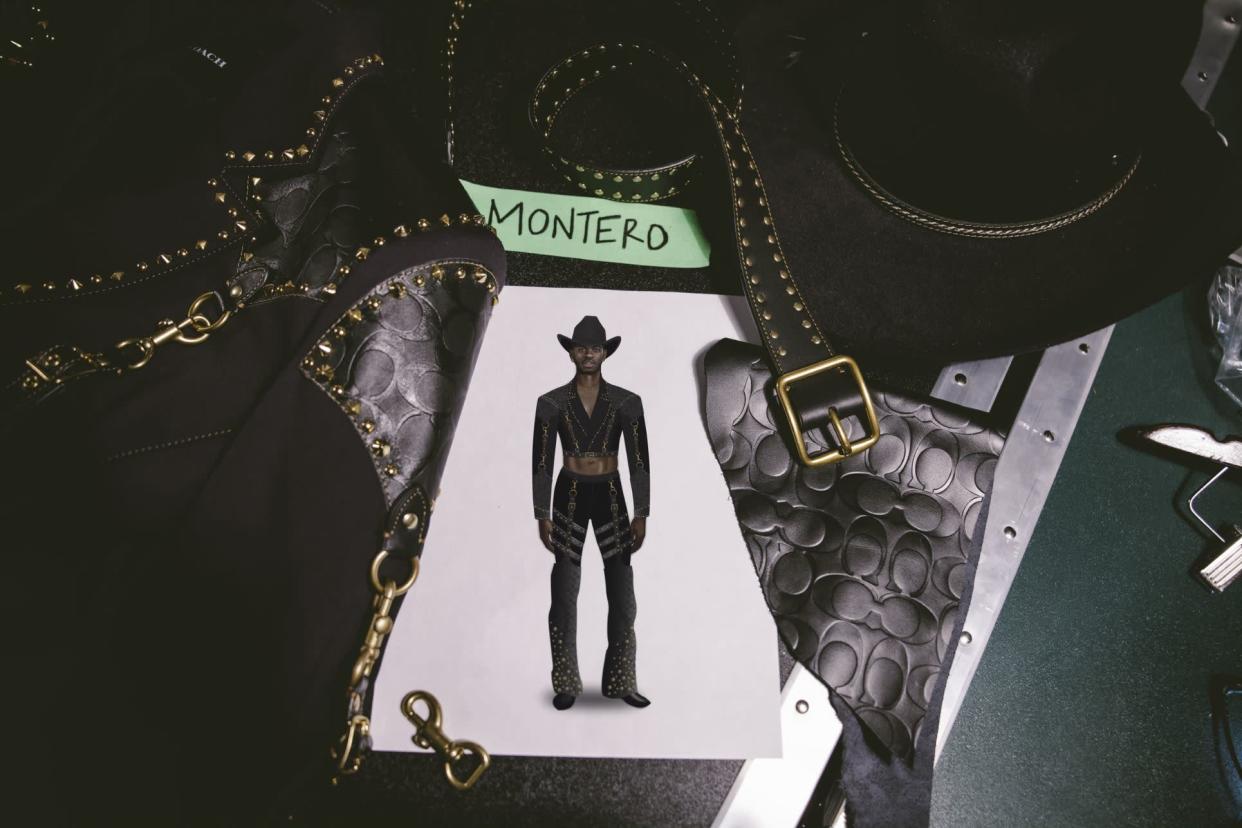 Lil Nas X is unquestionably one of the greatest fashion provocateurs of modern time, and as the Grammy-winning artist hits the road for his “Long Live Montero” tour this week, he’s set to push the boundaries even further with a bold new collaboration that takes both him and a venerable fashion brand out of their comfort zones.

The rapper’s public debut at stagecoach in the spring of 2019 ignited a love for western fashion, aided by his ubiquitous hit, “Old Town Road;” shortly to follow were his red carpet appearances, donned in suits with a pop-western flare that only solidified his place as a major style contender. But as Nas stepped on stage for the first night of his tour Tuesday, it became clear that he lives in a world where there is no other sartorial competition.

At least part of Nas’ success can be attributed to his stylist Hodo Musa, a Somalian-born creative who has worked with the rapper for years, and similarly built her career from the ground up. For the “Long Live Montero” tour, Musa worked with the fashion house Coach, and its creative director Stuart Vevers, to create a series of stage outfits that matched Nas’ “disruptive” and “unexpected” persona.

“The story of Coach is all about innovation and championing the courage to express yourself—things that Lil Nas X is passionate about too, which makes the partnership feel extra special,” Musa tells Rolling Stone.

When the stylist first met Nas, it was electric, and Musa has stated in the past that she felt “destined” to collaborate with him. “I was very intrigued by him and by his creativity,” she says. “I couldn’t understand how this young man from Atlanta could mash up country and trap music and create something no one has ever heard before; he had such great taste and I knew he was different and special.” 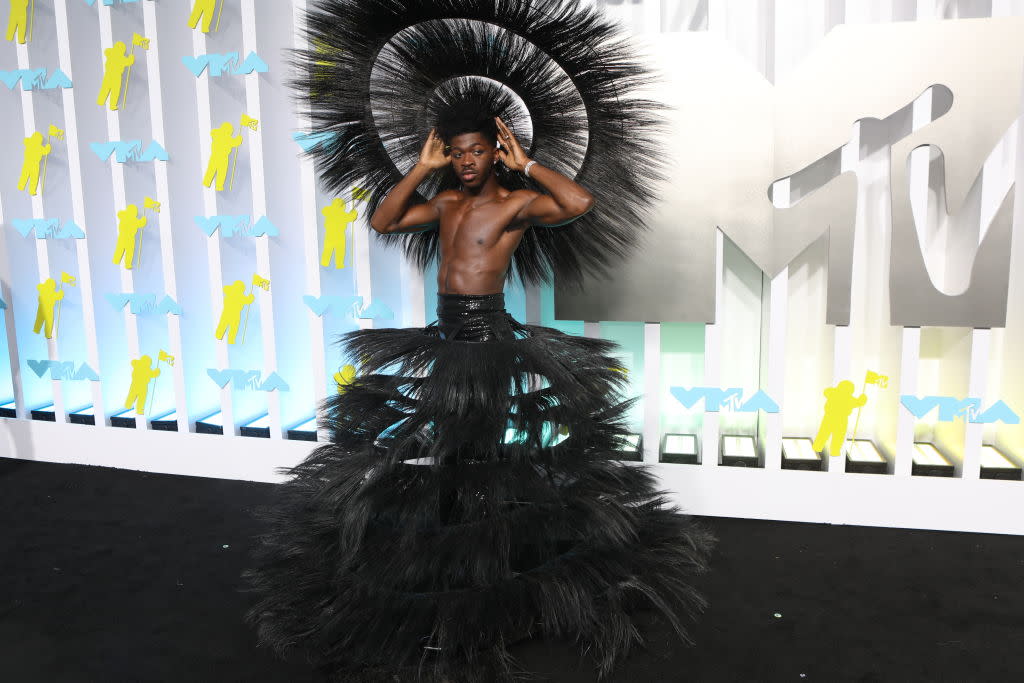 Nas’ style has since rapidly evolved from the outlaw cowboy the world knew him as, to the grand don who now graces the stage with a stylish sensibility and wit. From his blue cropped suit and fringed yellow jacket at the BET Awards back in 2019, to his most recent look at the VMAs where he towered over the carpet in Harris Reed, Hodo and Nas have elevated the standards to which all other musicians must now follow. But this recent exposé of gilded fabrics and futuristic armors, designed by Vevers for Nas’ tour, is on a whole other level.

“The looks we created for Lil Nas X explore playful tensions between past, present, and future,” explains Vevers in a release. “They reference our American heritage through the lens of Montero’s playful, expressive vision—combining the timelessness of Coach craft with futuristic elements.”

Set as a musical, the show opens to a shirtless Nas with golden robotic legs, a fitting choice as the crowd echos lyrics to his heart-wrenching “Sun Goes Down” single, the armor posed as a physical representation of the song. “The looks are layered with references to Coach codes and American pop culture,” Musa notes, adding that other tour garments reference iconography from 17th-century Baroque styles, like stockings and frilled blouses in pale pink silks, as well as modern silhouettes like jewel-encrusted vests and matching drop-crotch pants.

“Coach understood Nas’ vision for this tour,” Musa says. “We spent time in the archives, in the atelier, and even went to Broadway shows for inspiration. The looks integrate Coach codes like leather, turnlocks and its signature pattern, reframed through Lil Nas X’s expressive vision.” In short, Musa explains, “they’re a creative fusion between two icons.” 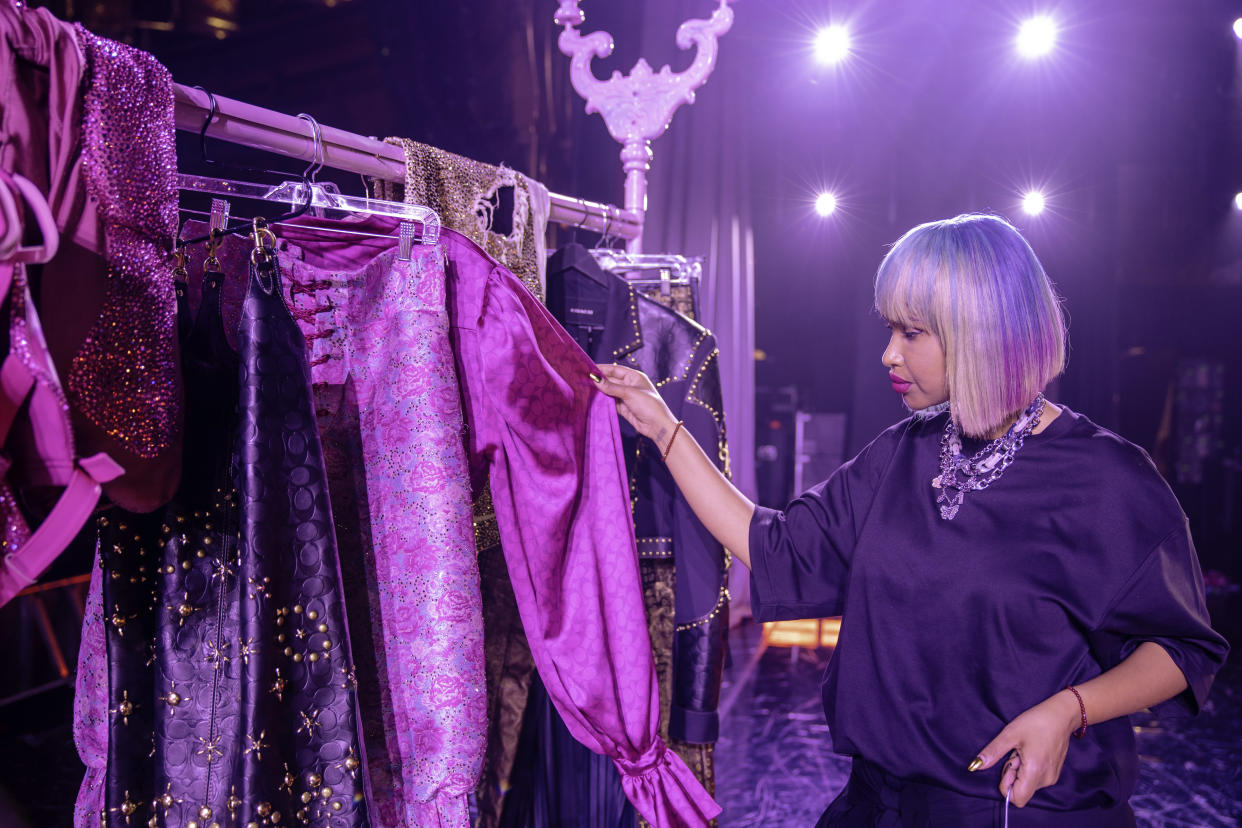 “Long Live Montero” runs through November 17, with the tour hitting fashion capitals like the Eventim Apollo Theater in London and the Zenith in Paris, as well as re-emerging fashion hubs like the Sant Jordi Club in Barcelona. It’s a musical experience to be sure, but Musa hopes it’ll be a visual experience for fans as well.

“I hope fans see that this collab and this tour has been a rebirth for both of us,” Musa says. “We both have inspired each other and brought the best out of each other. Over the last few years, we have had so much fun trying new things and have slowly started to uncover who Lil Nas X is and how he likes to express himself,” she continues, “and that is only going to continue to evolve.”