WASHINGTON (Reuters) – Republican Liz Cheney broadened her attack on Donald Trump after losing her Tuesday night primary, saying the former president was spreading an “insidious lie” in alleging that the FBI agents who searched his Florida home were politically motivated.

Federal agents seized boxes of documents, some top secret, from the former president’s Palm Beach, Florida, resort last week as part of an investigation into whether critical papers were removed illegally from the White House after Trump left office.

Trump has claimed without evidence that the investigation and the agents involved in it are part of a conspiracy by his political rivals to damage him politically.

“This is another insidious lie,” U.S. Representative Cheney said in a speech conceding her Tuesday night loss. She added that Trump “knows that embracing these conspiracies will trigger violence and threats of violence. This happened on Jan. 6, and it’s now happening again.”

Cheney drew Trump’s ire by voting to impeach him on a charge of inciting the deadly Jan. 6, 2021, assault on the U.S. Capitol by his supporters and going on to play a prominent role in the congressional probe into that day’s violence. 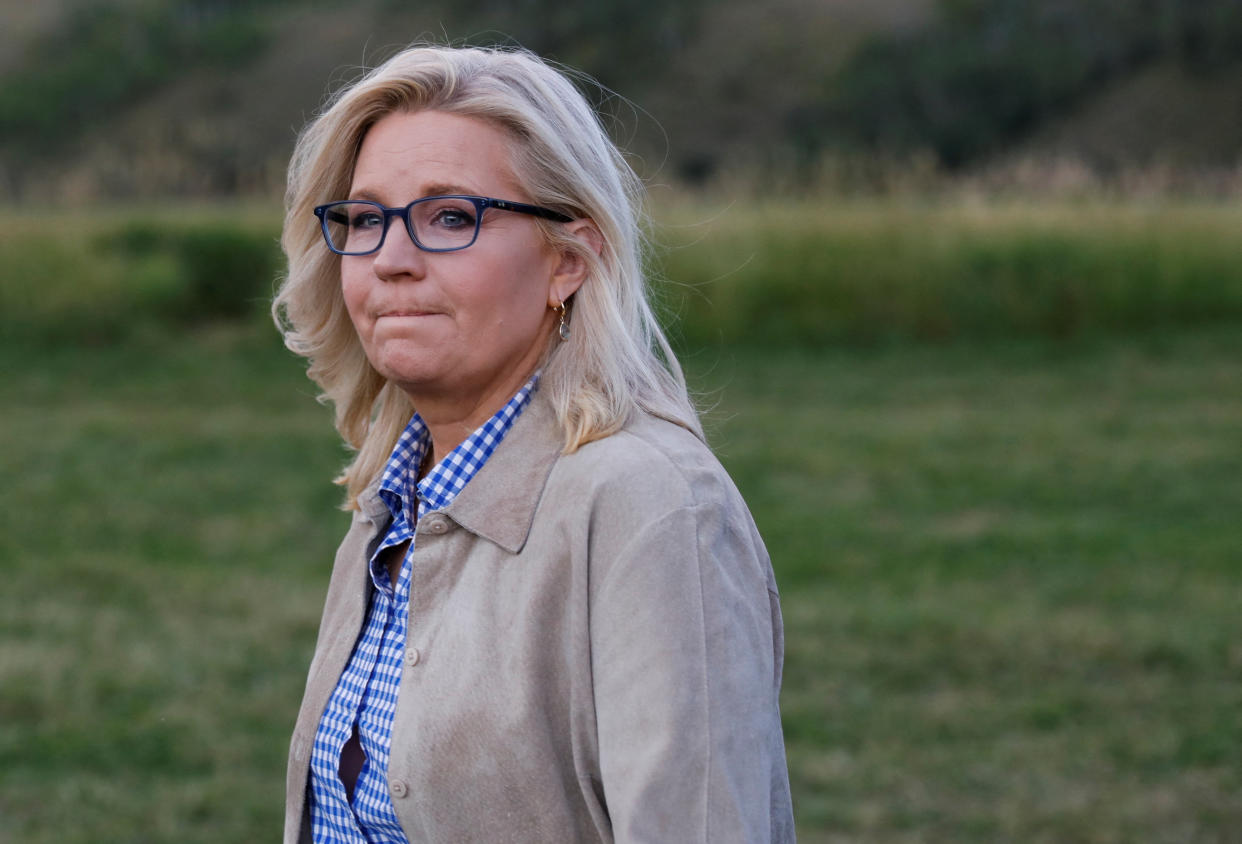 “Liz Cheney should be ashamed of herself, the way she acted, and her spiteful, sanctimonious words and actions towards others,” Trump said in a post on his Truth social media platform after Cheney conceded her loss.

Trump himself announced the Aug. 8 search of his property, contributing to the Justice Department’s unusual decision four days later to ask a judge to make public the court-authorized warrant that authorized the search.

An armed man with right-wing views tried to breach an FBI office in Cincinnati, Ohio, on Thursday. He was later shot dead by police following a car chase.

Cheney noted that Trump allies released the names of two agents involved in the search.

“That was purposeful and malicious,” Cheney said. “No patriotic American should excuse these threats or be intimidated by them. Our great nation must not be ruled by a mob provoked over social media.”