Navy WILL still do Channel migrant patrols: Liz Truss vows that military will not pull out of tackling dinghy crossings if she becomes Tory leader

Liz Truss said yesterday that the Royal Navy will ‘absolutely’ continue to patrol the Channel if she becomes prime minister.

The Tory leadership frontrunner said that tackling the migrant crisis is an ‘absolute priority’ and she is prepared to use ‘every tool’ to crack down on people traffickers illegally bringing people to the UK in small boats.

Her rival Rishi Sunak did not make the same commitment but stressed that the Ministry of Defence has an ‘essential’ role in the operation. 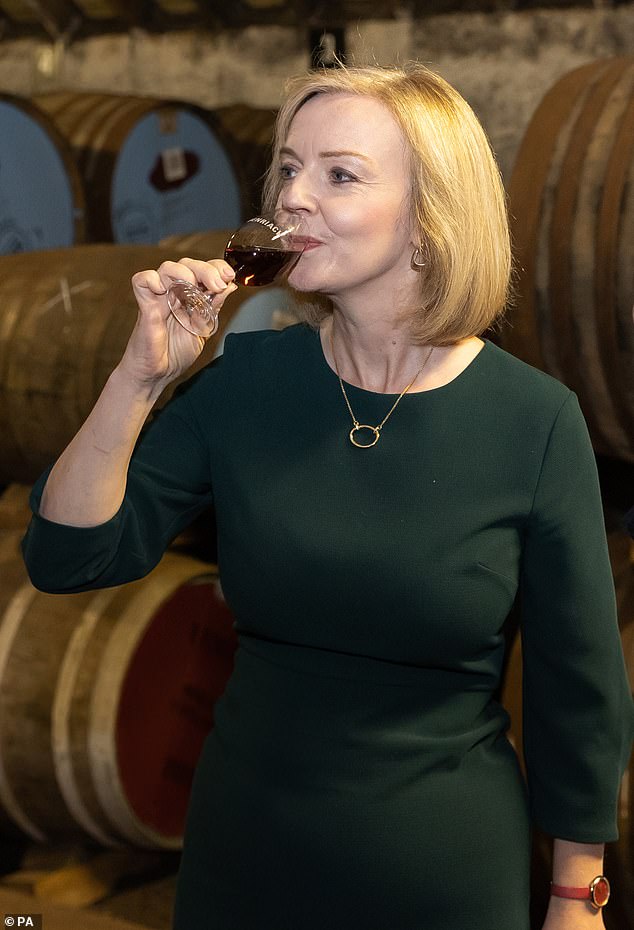 Tory leadership frontrunner Liz Truss said that tackling the migrant crisis is an ‘absolute priority’ and she is prepared to use ‘every tool’ to crack down on people traffickers illegally bringing people to the UK in small boats. Pictured: Liz Truss visits a Scottish distillery yesterday 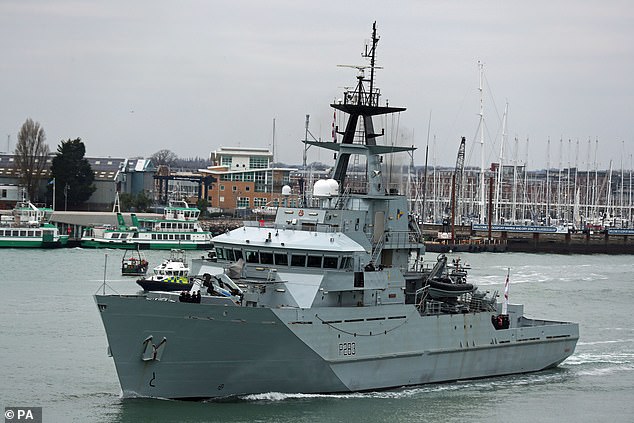 More than 20,000 migrants have crossed from northern France since the start of the year. The figure is running at 75 per cent higher than at the same point last year.

The leadership candidates’ comments come after reports that the Navy is due to pull out of its role in the Channel at the end of January.

Government sources had said the Navy would hand back control to the UK Border Force on January 31 ‘unless there are ministerial actions’, according to The Daily Telegraph.

The MoD was handed £50million by the Government in April to take charge of the Channel crisis under a plan named Operation Isotrope. But the interventions by both candidates make it more likely the MoD will be instructed to carry on its work.

During a visit to a distillery in Elgin, north-east Scotland, Miss Truss said: ‘It is an absolute priority to make sure we deal with the issue of small boats and the appalling trade by people traffickers and I will use every tool at my disposal if I’m selected as prime minister to make that happen.’

Asked if that would mean the Navy would continue to perform that role, she said: ‘Absolutely.’

A Sunak campaign source said: ‘Under Rishi’s plan, military expertise will be essential in securing control of our borders. He will introduce a taskforce to coordinate the response to every step of an illegal migrant’s journey, which will inform the January 2023 review of Operation Isotrope.’

Officials believe any reluctance from within the MoD to carry on with the operation would send the wrong message to people-trafficking gangs, it is understood.

The plan’s main aim has been to prevent any small boats reaching UK shores unescorted, so they can be processed by officials. But the operation has been criticised by some MPs for being a ‘taxi service’ for migrants trying to enter Britain. 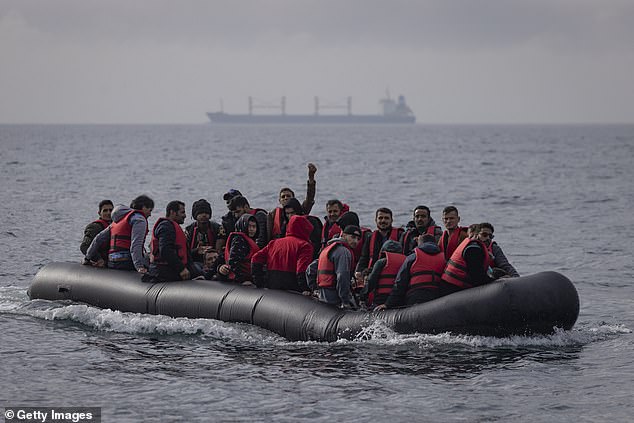 More than 20,000 migrants have crossed from northern France since the start of the year. The figure is running at 75 per cent higher than at the same point last year

The Navy has been operating a 260ft offshore patrol vessel to co-ordinate Border Force interceptions, and is shadowing migrant boats with six fast training boats and three rigid-hulled inflatables.

Air support has also been provided by a Wildcat helicopter and Watchkeeper drones fitted with a range of hi-tech sensors which operate out of Lydd airport in Kent.

An MoD spokesman said: ‘We are working across government to ensure the conditions are set for defence to hand the task back to the Home Office following the review [next January]. This includes supporting training and capability development.’