A proposal involving a cute toddler on a picturesque pier sounds like the perfect setting, right?

For one couple it almost turned into disaster when the ring fell between the cracks of a pier and into the water below.

Brisbane man Luke Aukuso’s carefully planned proposal, with daughter Harpie opening up the box to unveil the ring, fell to pieces when the band slipped out and fell through the cracks into the water below. 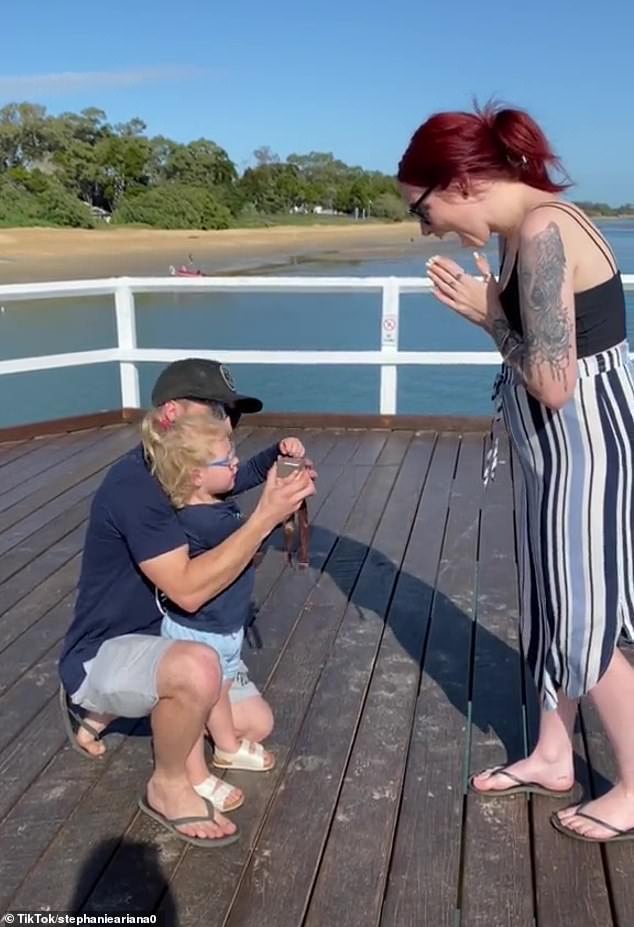 Brisbane man Luke Aukus thought out the proposal, using daughter Harpie to open up the box unveiling the ring but it slipped out and fell into the water

‘Look at mummy,’ Luke is heard telling his daughter in a video of the proposal gone wrong posted to TikTok, before screams of ‘Arghh!’ and ‘Oh no!’ are heard as the diamond ring falls into the depths below.

A panicked Luke scrambled to recover it, with his thong flying off as he jumped into the water below while the person filming the scene yelled, ‘You can’t jump, it’s too shallow.’

Desperate to salvage the ring and full of adrenaline, Luke quickly swam underneath the pier and rescued the engagement ring.

His fiancé Stephanie shared the news that he thankfully recovered the ring, telling followers: ‘It was a 6m jump into about 1m of water on low tide, adrenaline hit him hard. Everything turned out perfect.’ 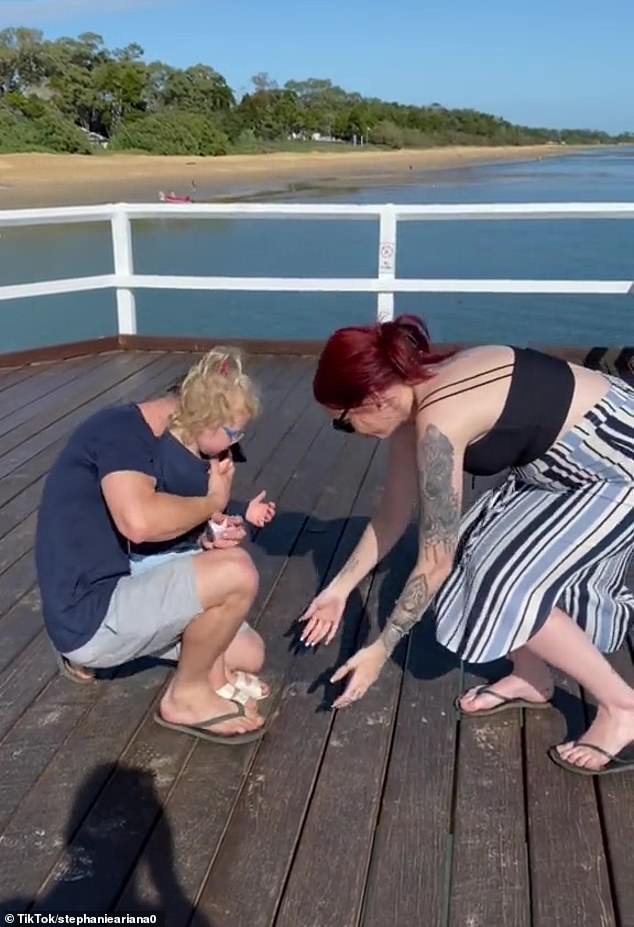 A panicked Luke scrambled to recover the ring, with his thong flying off as he jumped into the water below despite the person filming the scene yelling, ‘You can’t jump, it is too shallow’

The video ends with a lesson clearly learnt as one of the party is heard to say, ‘Right, let’s get off the pier.’

The video has amassed more than 200,000 likes with TikTok users in agreement it would be best to avoid proposing anywhere where a ring could fall through cracks.

‘Note to self: don’t propose on floor with crevices that will swallow ur ring,’ one person wrote.

‘This why u don’t get kids involved in wedding or proposal,’ commented a second.

‘This is why you never propose on a decking,’ said a third.