In an interview with crypto journalist Laura Shin on her podcast, Unchained, Shkreli describes Bankman-Fried as ‘effeminate’ and worries for the embattled financier.

Shkreli, who drew widespread scorn for drastically hiking prices on his company’s drugs, was convicted of securities fraud in 2017 and sentenced to seven years in prison.

Released in May this year, the 39-year-old said while the advice ‘sounds funny’ it could mean the difference between life or death. 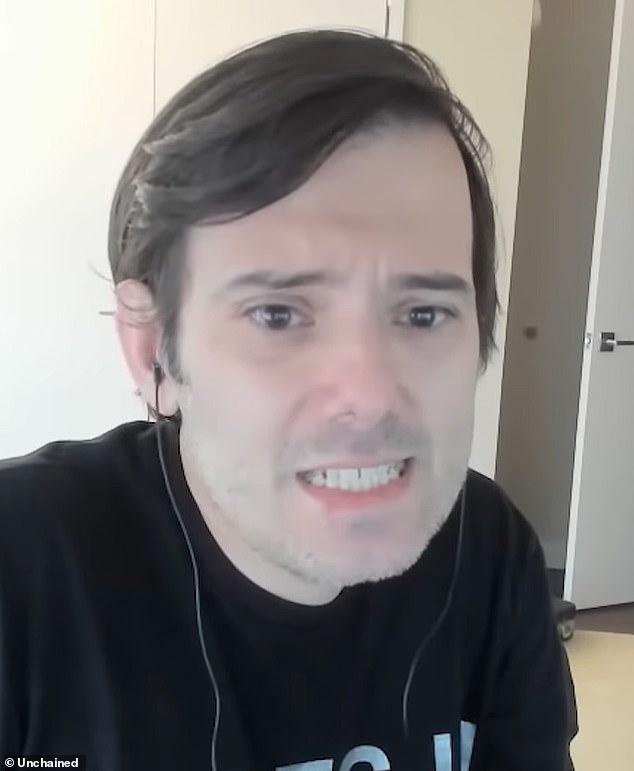 ‘Sam is going to have a lot of issues because he is a bit of an effeminate guy and his demeanour some people say autistic sort of sense or sensibility is not something that goes over well in prison.’

Bankman-Fried, the 30-year-old former billionaire founder of the collapsed crypto firm FTX, was arrested in the Bahamas earlier this month and extradited to the United States.

FTX is in bankruptcy proceedings after losing billions of dollars of customer funds that were allegedly funneled to a cryptocurrency firm Bankman-Fried also founded called Alameda Research. 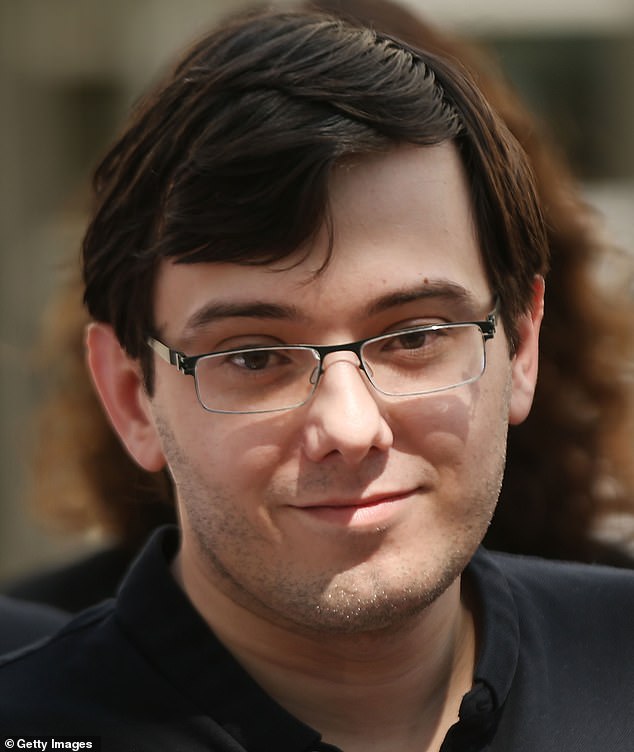 The former hedge fund executive became the symbol of Wall Street greed and excess after his company purchased and raised the price of the AIDS drug Daraprim by 5,000 percent 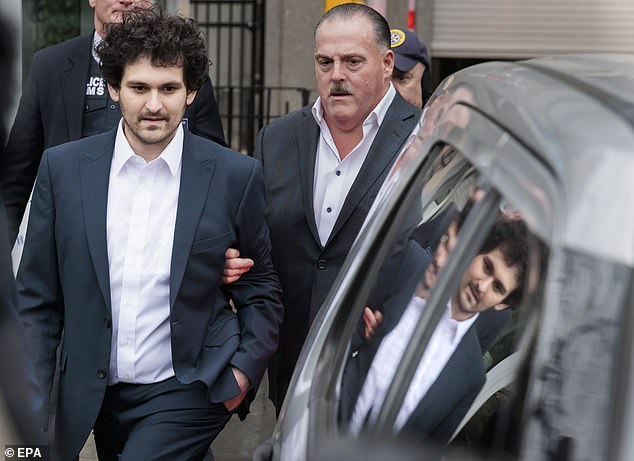 ‘He also doesn’t know anything about the streets and sort of criminal culture, which my advice to him, is to pick those things up as quickly as he can,’ Shkreli continued.

‘He should be listening to as much rap music as possible he should be trying to learn everything there is to know about gangs about the tough neighborhoods in every single city.

‘This sounds funny, but this could save your life.’

In the full episode, Shkreli also advised that Bankman-Fried should try to ‘rebrand’ or ‘reinvent’ himself.

‘Even if they know it’s a bit of a lie, he should probably start to reinvent his background and history because the rich white kid from a good neighborhood that story doesn’t sound great.

‘You need people to be on your team it’s hard to be authentic but also be in this space where you’re making a lot of friends and friends can go a long way in prison.’ 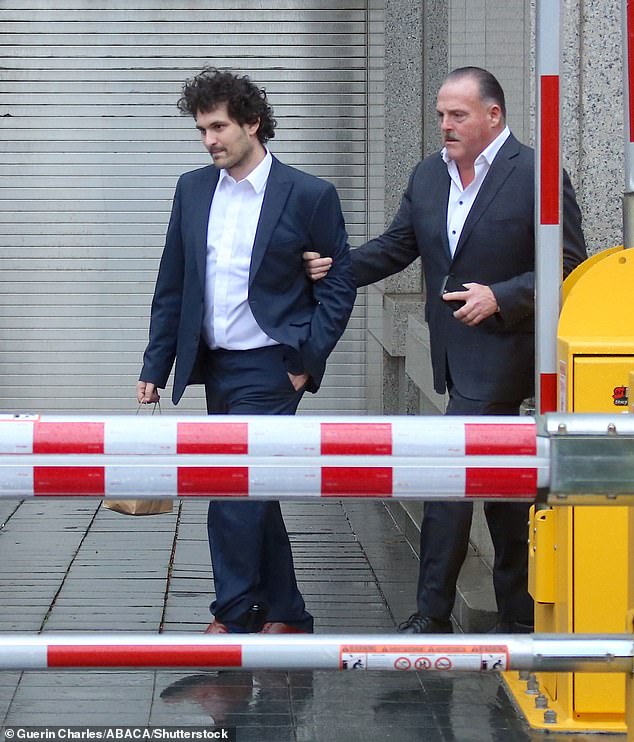 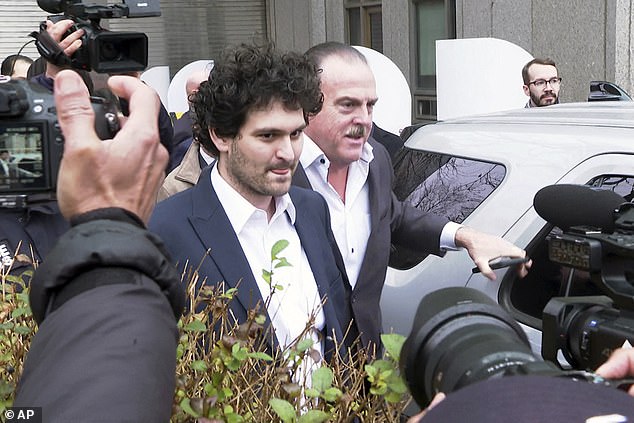 He was arrested in the Bahamas and extradited to the U.S. on a range of fraud and money laundering charges

The former hedge fund executive became the symbol of Wall Street greed and excess after his company purchased and raised the price of the AIDS drug Daraprim by 5,000 percent.

Shkreli left prison May 18 and was in a halfway house until mid-September.

But prosecutors said he lied to them as he raised money for two of his hedge funds, MSMB Capital and MSMB Healthcare.

Prosecutors said he launched a multiyear scheme to loot other enterprises he founded in order to repay investors and hide his failed stock bets.

His attorneys told the court to show leniency at sentencing, portraying Shkreli as a misunderstood man who suffered from depression and anxiety.

They argued that he had not harmed vulnerable people, but rather that his victims were rich investors who ultimately made a healthy profit.

He was banned from ever working in the pharmaceutical industry again, and ordered to pay $64.6 million in wrongfully obtained profits.

Vyera, the company he used to acquire Daraprim, agreed to pay as much as $40 million to settle price-gouging allegations brought by the Federal Trade Commission and seven states. 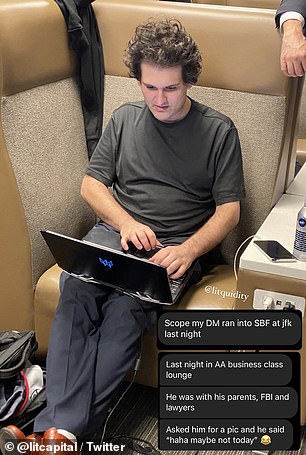 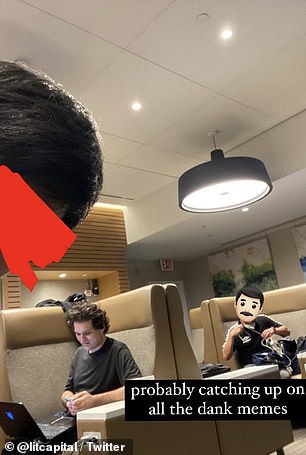 Bankman-Fried appeared to be living a life of luxury, after pictures emerged of the FTX founder who was released on a $250 million bond relaxing at JFK’s American Airlines Flagship lounge 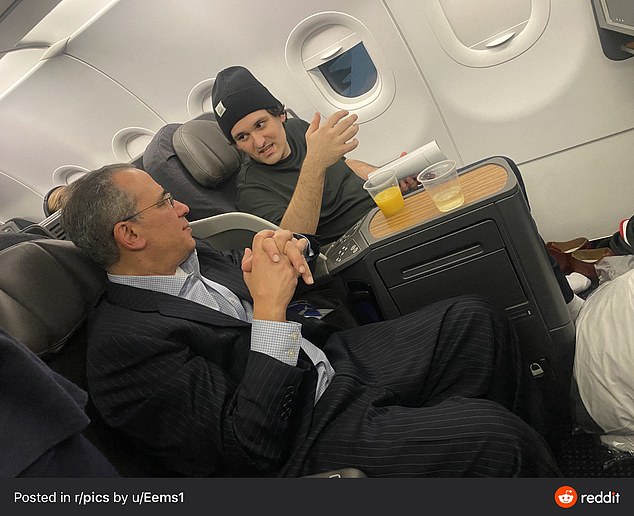 Bankman-Fried was later seen, without shoes, in business class seat on a AA flight

Bankman-Fried is facing an eight-count federal indictment that could see him sentenced to up to 115 years in prison if convicted of the maximum sentence.

Former U.S. Attorney Nick Akerman who prosecuted white-collar crime for the Southern District of New York told TIME that he predicts a 10-year sentence if not significantly more.

Akerman is not involved in the case, but his assessment is based on the allegations in the public indictment.

Bankman-Fried resigned from his position at FTX in November when the company filed for bankruptcy protection.

Lawyers have estimated that the company owes money to more than one million people and organizations. Its top 50 creditors alone are owed $3.1 billion.

Bankman-Fried was released on a $250million bond, according to a deal struck in a New York City courtroom, last week.

He was arrested in the Bahamas and extradited to the U.S. on a range of fraud and money laundering charges for what prosecutors described as one of the biggest financial crimes in American history.

Images of the ‘crypto bro’ circulated online of the accused fraudster enjoying a life of luxury while lounging at an American Airlines Flagship lounge at JFK and without shoes in his AA business class seat.

While in the Bahamas pictures emerged of Bankman-Fried living in a penthouse which boasts five bedrooms and a private balcony with lounge and spa.