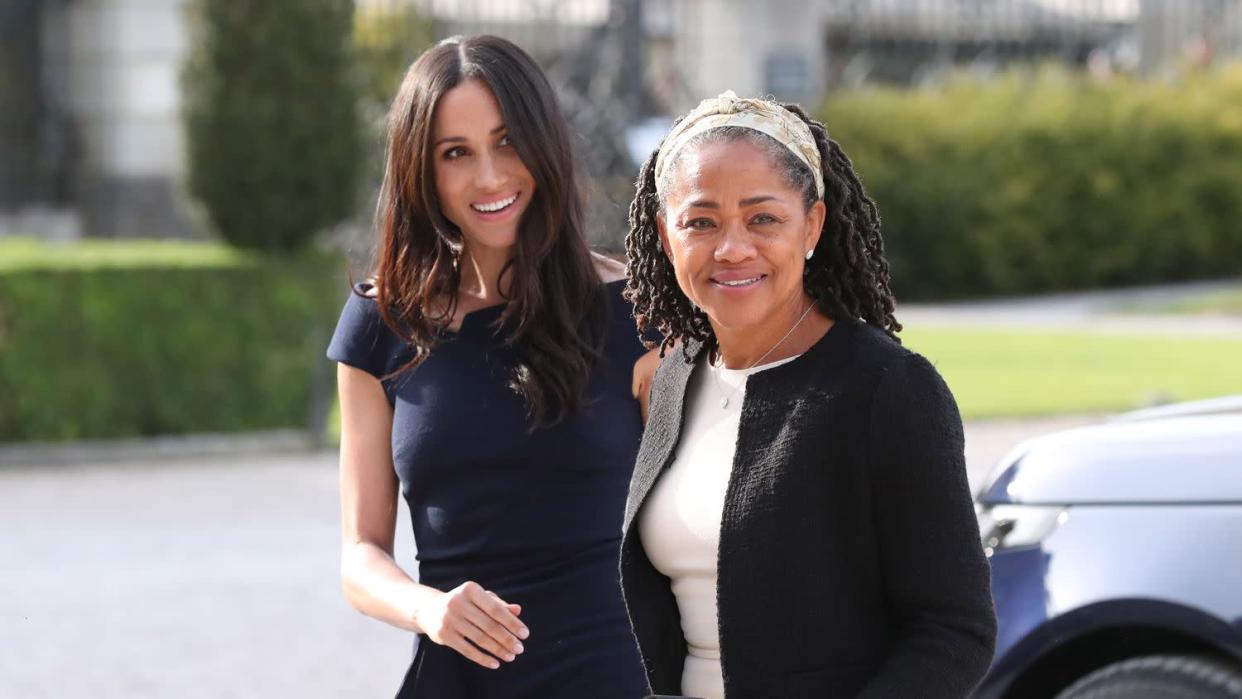 Meghan Markle is opening up about a “humbling experience” while growing up.

The Duchess of Sussex, 41, spoke about feeling sheepish as a teen on the latest episode of Archetypes, which was released Tuesday. Meghan welcomed Margaret Cho and Lisa Ling to discuss Asian representation and the “Dragon Lady” trope, opening the episode by sharing the story of how she felt shy as a teen at a Korean spa, which are traditionally nude.

Cherishing the different backgrounds that made up Los Angeles, Meghan shared that “the multitude of Asian cultures was a huge part of that for me.”

“My weekends were spent in Little Tokyo, or having iced teas in Thai Town, or sitting with my friend Christina Wong and her parents at a local Chinese restaurant,” the Duchess of Sussex said. “I remember this so vividly and them teaching me why chow fun with dry noodles was so much better than chow fun with wet noodles.”

“I had a real love of getting to know other cultures. And part of that, my mom and I would often go to the Korean spa together,” she recalled of trips with her mother, Doria Ragland. “Now those of you who haven’t been to one before, it’s a very humbling experience for a girl going through puberty, because you enter a room with women from ages 9 to maybe 90 all walking around naked, and waiting to get a body scrub on one of the tables lined up in a row.”

“All I wanted was a bathing suit, but you’re not allowed, by the way,” she continued. “And once I was over that adolescent embarrassment, my mom and I, we would go upstairs, having a steaming bowl of the most delicious noodles, and we’d look around at all of these other women. These beautiful Korean women who had embraced the generational tradition of the jimjilbang and shared it with one another.” 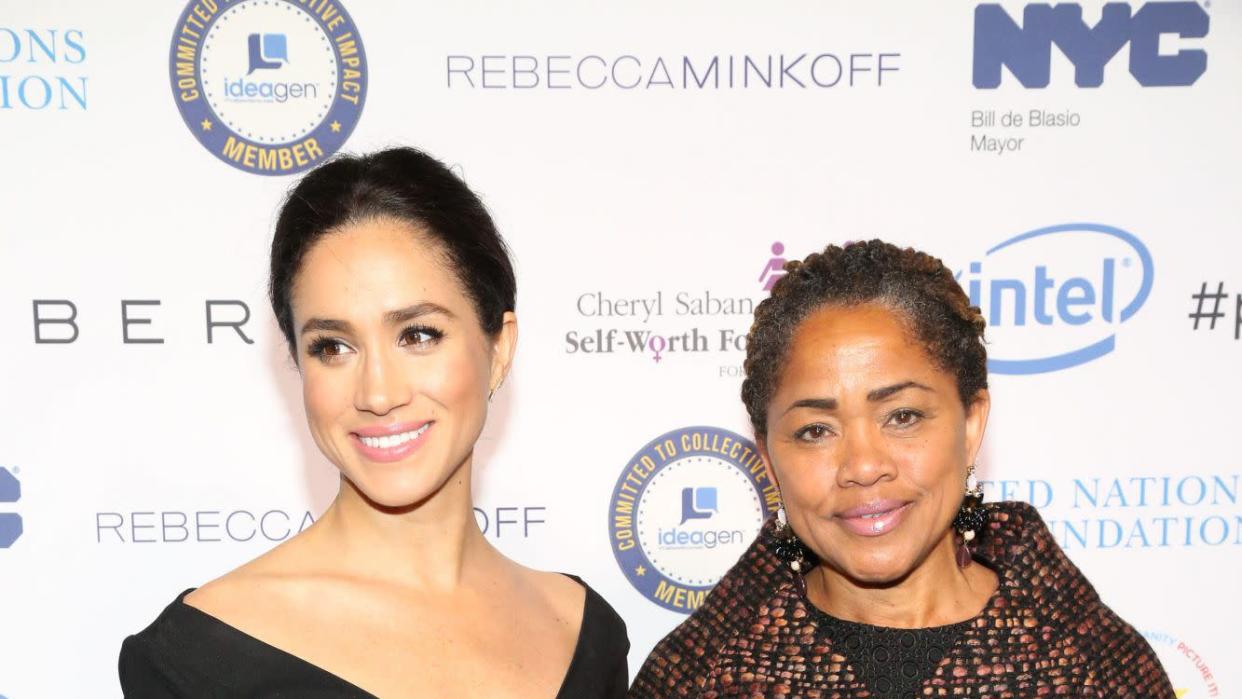 Meghan admitted that she wouldn’t grasp the gravity of the stigmas many Asian women are forced to navigate until years later.

Welcoming Cho and Ling to her show, both stars spoke about how the lack of Asian representation they saw on screen as young girls propelled them to pursue their careers in entertainment and journalism today.

Cho, 53, unpacked the “Dragon Lady” archetype, saying the term stems from the “fantasy of Orientalism.”

“It’s similar to the femme fatale… a woman who is beautiful and deadly. Because we can’t just be beautiful. We have to have, like it has to come at a cost and it’s kind of like, evil queen adjacent. But it’s also so pinned to this idea that Asianness is an inherent threat. That our foreignness is somehow ‘gonna getcha,’ ” the actress, activist and comedian said. “The mystery and the exoticism of it is part of it. And unfortunately, that trope has really stuck to film, but also to Asian-American women or Asian women.” 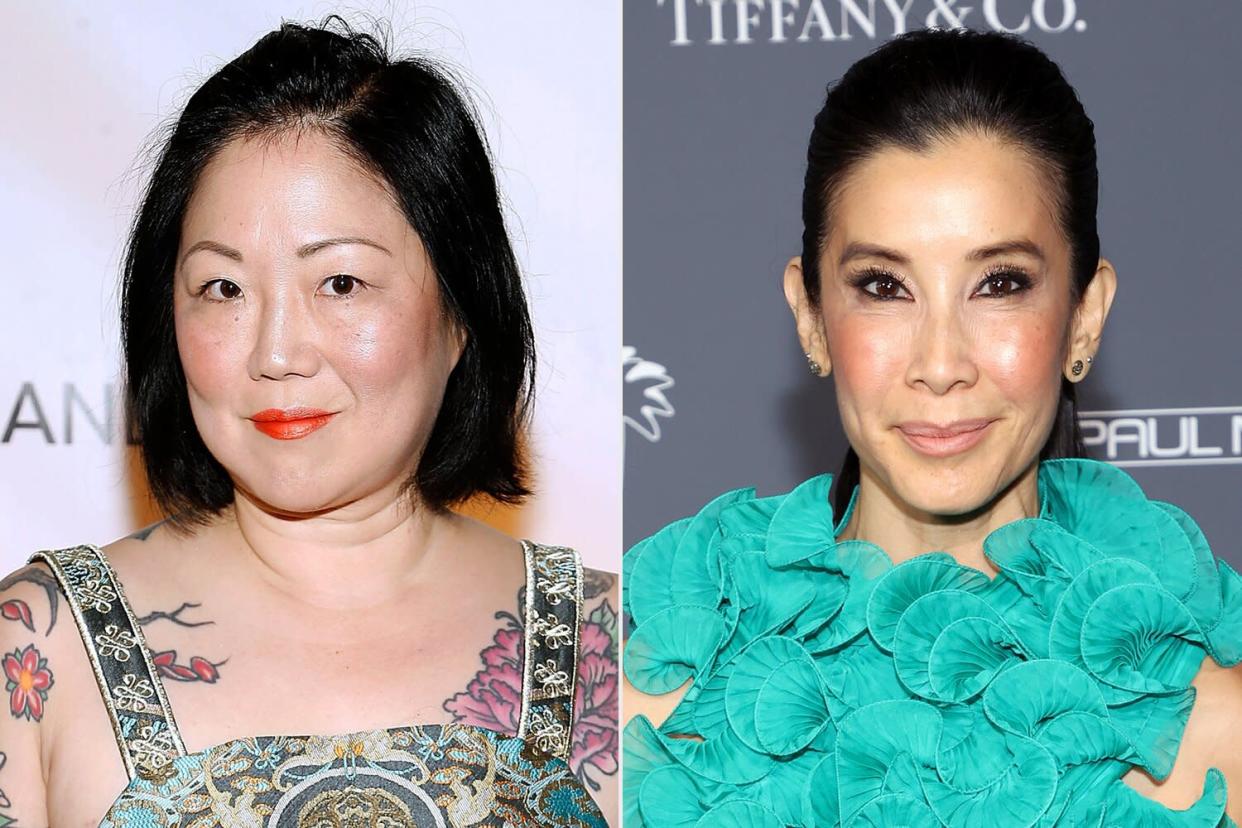 Reflecting on her childhood in San Francisco, the Fire Island star said she was “raised” by TV and movies but felt frustrated that she didn’t see anyone who was Asian.

“I never saw Asian people in them, and so I never felt visible. I never felt seen anywhere. And then later, I guess, I started to go into silent films, and I started to realize, ‘Oh, this is actually like an archetype, this archetype of the Dragon Lady,’ ” she said of her experience watching early Asian-American movie stars like Anna May Wong.

Ling, 49, also spoke to the lack of representation she saw on the small screen, revealing that it was a driving force for her to go into journalism.

“To be honest with you, the reason why I pursued broadcast journalism at all was because growing up, it’s the only path that I thought was available to me. I was someone who grew up in a broken home,” the CNN host explained. “My parents were divorced when I was 7, and the television was always on in my home. It was like my favorite babysitter. And I used to have these fantasies of being part of it somehow, because I thought, if I can get on TV, maybe I will have a better life one day. But no one looked remotely like me on TV except for Connie Chung.”

Can’t get enough of PEOPLE‘s Royals coverage? Sign up for our free Royals newsletter to get the latest updates on Kate Middleton, Meghan Markle and more!

“She still is just the symbol of elegance and intelligence and, and grace. And she really allowed me to know what was possible. She was the only Asian person on a national stage. And so I thought that this would be my only pathway,” Ling continued.

Reacting to her remarks, Meghan replied, “See, this is why representation matters so much,” and asked Ling if ever felt like an Asian stereotype directly affected someone’s perception of her.

“You know, I think it’s less about being called, but, but certainly those stereotypes have been in my consciousness, and they’ve really propelled me. I do think that because I am a woman of color, there have been numerous times when I haven’t been seen the same way,” the broadcaster reflected. “When it would come to promotions or accolades or even salary, even finances. But also I think, when I’m in an environment where I know I’m the only Asian woman in the room – and look, I spend my time in this country in small towns, very homogenous places. And so on many occasions, I’m the only Asian woman in the room. I find myself not shying away from it and asserting myself even more… and speaking louder and standing taller and, and, and claiming my space here.”