Channel migrants could be held at the controversial Manston camp in Kent for up to four days under a law change being considered by ministers.

Currently the processing hub is meant to be transit only with arrivals there for no more than 24 hours under current laws.

After that they are meant to be found accommodation elsewhere in the country.

But the site has been at the centre of major rows in recent weeks over the number of people being held there, often for several days, and outbreaks of diseases including diphtheria.

Tory MP have also reacted furiously to arrivals being taken to hotels in their constituencies to ease the overcrowding.

The change would allow migrants to be held for three or four days to give officials more flexibility in the event of another surge in Channel arrivals, according to The Daily Telegraph.

It comes after figures revealed more than 43,000 migrants have crossed the Channel to the UK so far this year, heaping pressure on Home Secretary Suella Braverman. 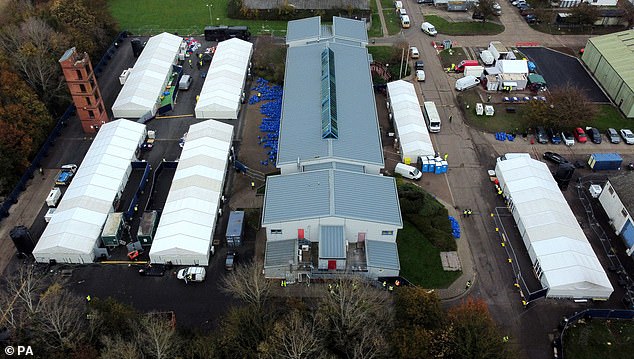 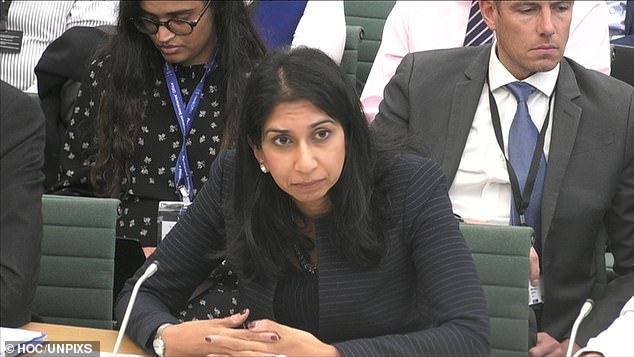 It comes after figures revealed more than 43,000 migrants have crossed the Channel to the UK so far this year, heaping pressure on Home Secretary Suella Braverman. 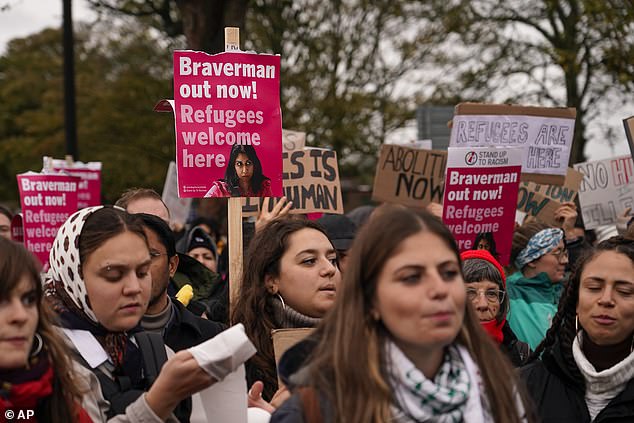 The site has been at the centre of major rows in recent weeks over the number of people being held there, often for several days, and outbreaks of diseases including diphtheria.

The Ministry of Defence said 884 people were detected in 17 boats on Tuesday, which suggests an average of around 52 per boat.

The latest crossings take the provisional total for 2022 to date to 43,500, according to PA news agency analysis of Government figures.

The Telegraph says ministers are considering amending the ‘short term holding facility rules’, which limit the amount of time an asylum seeker can be held, via a statutory instrument in Parliament.

A Home Office spokesperson said in a statement: ‘Staff across the Home Office have worked tirelessly under challenging circumstances to source alternative accommodation as quickly as possible for those who have been processed at Manston.

‘The site remains at acceptable capacity levels and improvements continue to be made to ensure it is well-resourced to process migrants safely and securely.

‘The global migration crisis continues to place an unprecedented and unsustainable strain on our asylum system, which is why we remain focused on deterring illegal migration and disrupting the criminal gangs responsible for these dangerous crossings.’

North Thanet MP Sir Roger Gale, whose constituency covers the Manston centre, told The Telegraph: ‘I don’t want anybody to be detained any longer than necessary but if you have a sudden influx and have to move them on, in certain circumstances it might take more than 24 hours especially if they have to be screened to ensure they have not got any infections.’

The former military airfield near Ramsgate has been dogged by controversy recently, with ministers coming under fire over the conditions.

At its peak in early November, the Manston facility housed 4,000 people – at least double its 1,600 capacity – in what was branded a ‘breach of humane conditions’.

It has since been cleared, however there has been fresh criticism of the facility following an outbreak of diphtheria among asylum seekers, with the Home Office revealing a man may have died from the highly contagious disease.

The UK Health Security Agency (UKHSA) said there had been an ‘increase’ in cases of diphtheria reported among asylum seekers arriving in the UK, with 50 identified as of November 25, including children. The figure was 39 on November 10.

The Government said any asylum seekers with symptoms of diphtheria will be put into isolation while they are treated, and all migrants are being offered a vaccine on arrival in the UK.