Touching moment JCB digger carries coffin of retired machine driver, 77, through the street of village where he lived his entire life in fitting tribute for his funeral following battle with cancer

A former machine driver was laid to rest in an emotional tribute as a digger carried his coffin through the village he lived in for his entire life.

Raymond Albert Goodlet, was a machine driver from Wrexham, who died following a battle with cancer in October last year.

The 77-year-old man worked with diggers and machines for roughly 60 years of his life and even continued to work on them with friends once retired.

His granddaughter, Lauren Goodlet, recorded the heartfelt moment Raymond made his last journey in a JCB digger as part of a funeral procession.

The solemn clip shows a crowd of people in black walking behind the digger which is carrying Raymond’s coffin and an array of colourful flowers.

Lauren said: ‘My Grandad worked on the diggers and machines for about 60 years, he absolutely loved his job and only retired a few years ago but still liked to help out friends on the machines.

‘One of his friends from his village a few years ago did the same thing in the JCB so since then he always said that’s what he wanted.’

Lauren continued: ‘It was amazing and special. It was his last journey through his village he lived in his whole life and was very well known and loved by the community.’

Raymond’s battle with cancer was extremely difficult, having his bladder removed along with his prostate and lymph nodes.

Just when things were looking up, the cancer returned and he succumbed to the disease, passing away holding his son’s hand.

Lauren continued: ‘He had to wait about a month to go to another hospital to have his bladder removed as well as his prostate and lymph nodes, they then had to operate again the next day to move his bowel over. 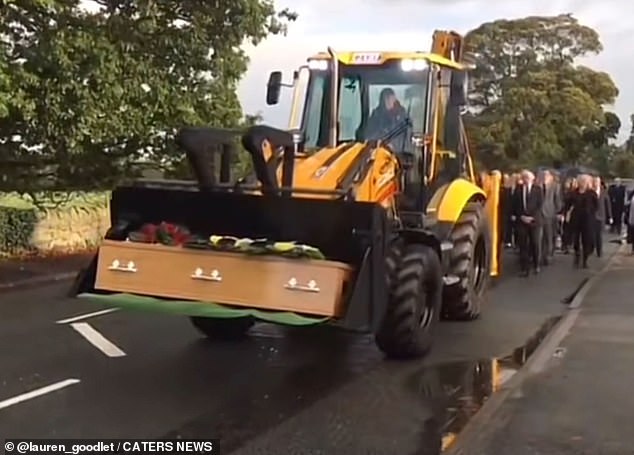 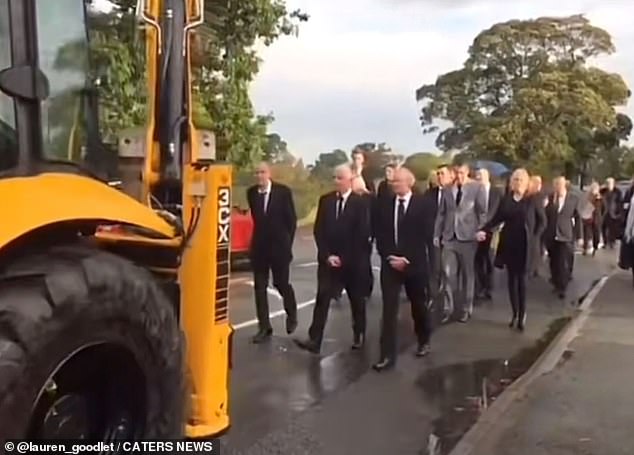 It was said that Raymond’s battle with cancer was extremely difficult, having his bladder removed along with his prostate and lymph nodes 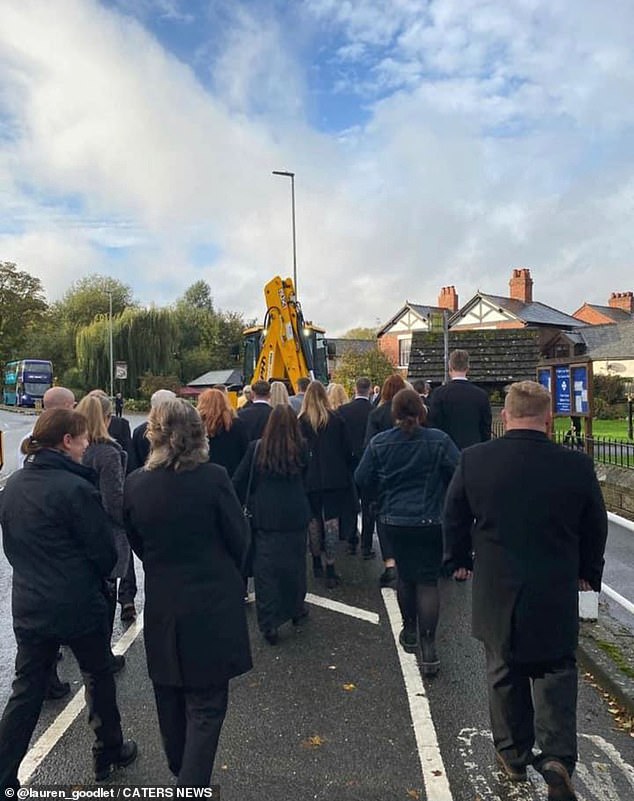 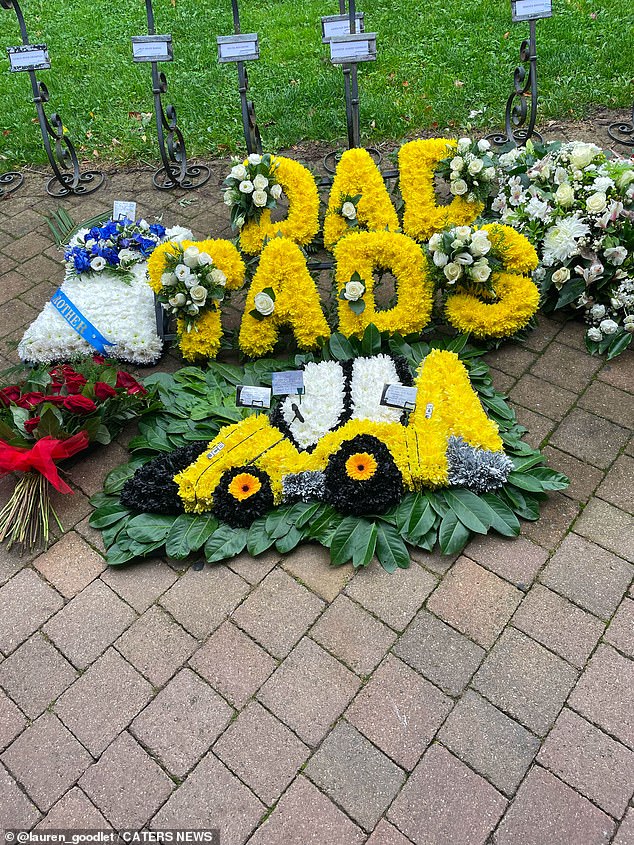 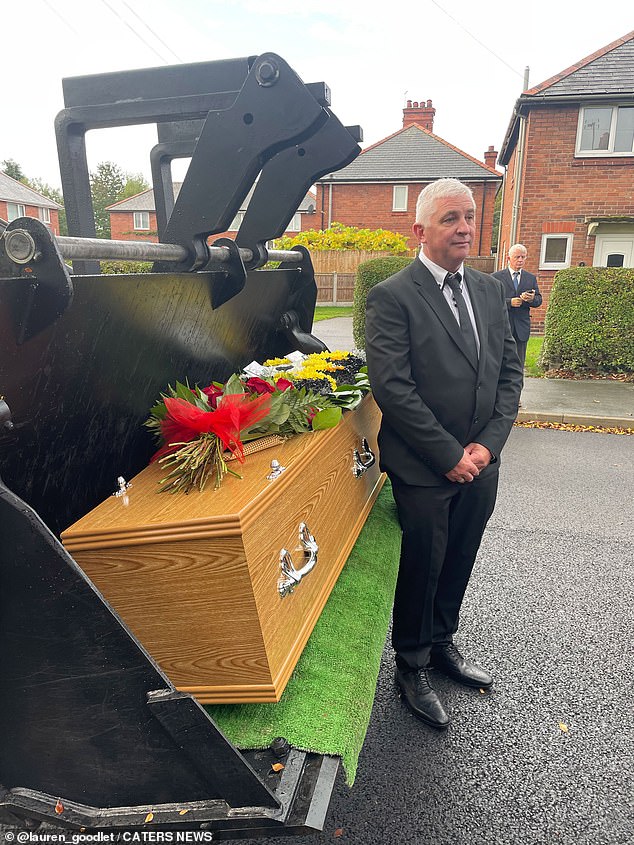 ‘They didn’t think he’d survive as they were big operations and he was weak because of the cancer. This was in August 2022 and he got slightly better but wasn’t eating or able to walk.’

The granddaughter said that the hospital was really busy at the time and he was left ‘unable to move’ with bed sores.

Around October last year, Raymond caught Covid which made the situation even more difficult as no one was able to visit.

Lauren added: ‘His daughter demanded to see him so went in and he was unable to talk or move, he was in a really bad way.

‘They then decided to tell us his cancer had returned but now in his stomach and that he didn’t have long to live so my dad spent two to three days at his bedside without leaving at all – even sleeping there.