Mother, 28, tried to bite a police officer in front of her children

Mother, 28, who tried to bite a police officer as he and a colleague arrested her in front of her three children admits assault

A woman who viciously attacked a policeman in front of her three children during a 4am outburst as he and a colleague arrested her for being drunk and violent is facing jail.

Rebecca Cowen, 28, attempted to bite one PC on the wrist and then kicked out at a second constable after they responded to a 999 call from a neighbour on September 18.

When officers arrived at the address in Widnes, Cheshire, they found Cowen outside with her young daughters, who were sobbing in the street as their mother drunkenly shouted towards the property: ‘Get out of my house.’

Officers found all four were apparently locked out of the home, with none suitably dressed for the early morning weather.

Following her arrest, inquiries revealed Cowan was still subject to a nine-month suspended jail term for assault – which was due to end just three days later on September 21. 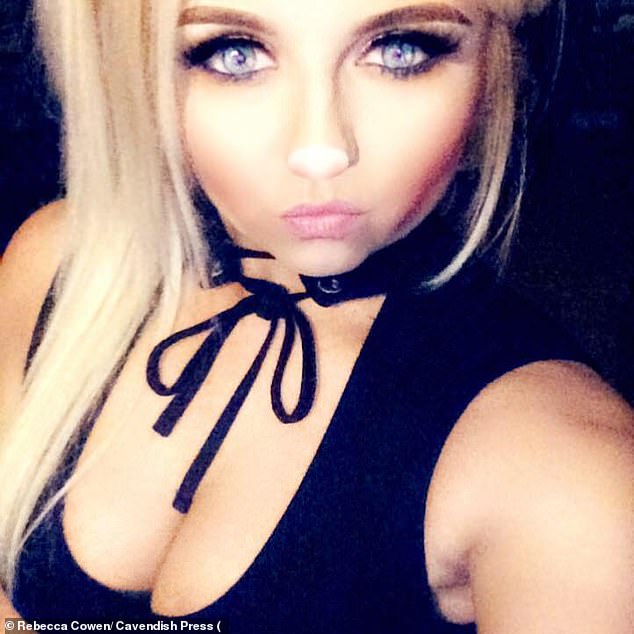 Rebecca Cowen, 28, was still serving a suspended sentence for assault occasioning actual bodily harm when she attacked two policemen at her home on September 18 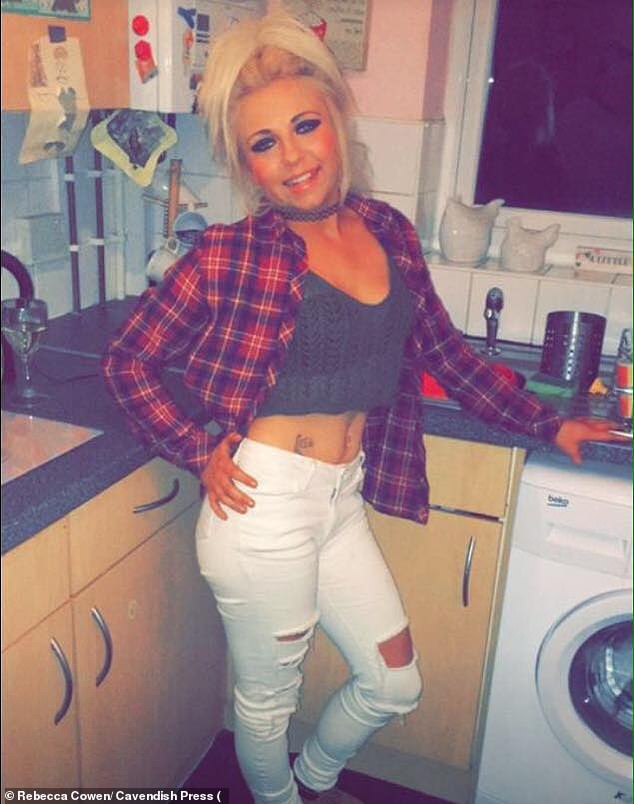 Cowen, of Widnes, Cheshire, later admitted to police that she becomes violent when drunk

She later admitted to police that she becomes violent when drunk.

At Warrington Magistrates Court, Cowen admitted assaulting PCs Jamie Connolly and Thomas Sargent and was ordered to face a crown court judge for sentencing. Neither of the officers were hurt in the struggle.

Angela Blackmore, prosecuting, said: ‘The officers attended as a result of an abandoned 999 call. A female could be heard shouting ‘get out of my house’ and children could be heard crying.

‘When officers did attend to the address, they found Miss Cowen outside with her children. It was 4.05am and the officers described the defendant as being intoxicated. None of the people were appropriately dressed for the weather and there was concern for the welfare of all the parties.

‘It was indicated that the key was with someone else so the officer went and located the key. The defendant appeared to be very drunk and repeated something about the neighbours.’

Mrs Blackmore said that when the officers said they wanted to check her address to see if someone was inside, Cowen did not give permission for them to enter the house. She then started shouting and making threats, and after refusing a request by the officers to put one of her children down, she started ‘swinging and kicking out. 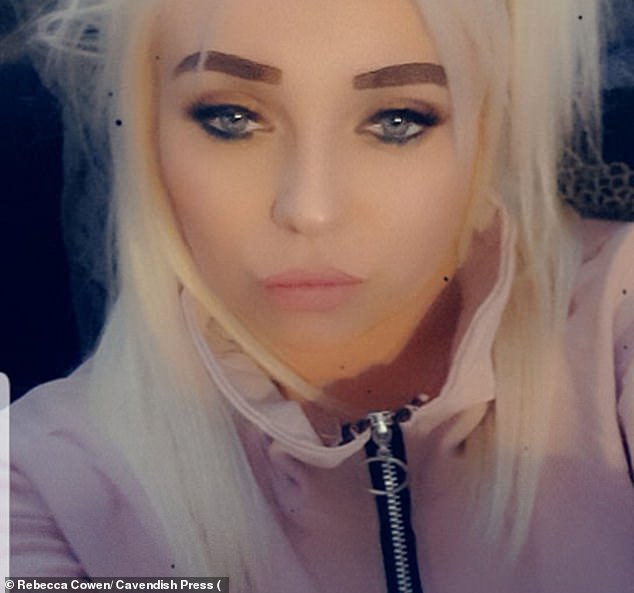 Rebecca Cowen, 28, attempted to bite one PC on the wrist and then kicked out at a second constable after they responded to a 999 call from a neighbour on September 18 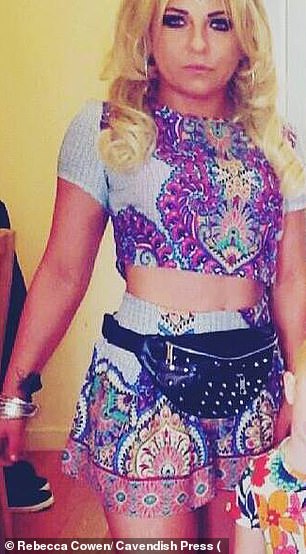 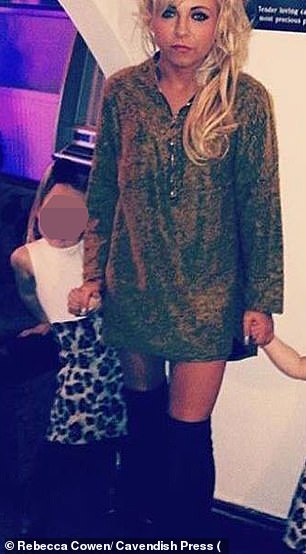 Cowen attempted to bite a police officer as he helped her into her home in Widnes, Cheshire. She then kicked out at another officer, leading to her arrest

‘They attempted to move her into another room,’ Mrs Blackmore said, ‘Officer Connolly says that she attempted to bite his arm and bite his wrist. He tried to pull it away quickly. She makes contact but there was not an injury as a result.

‘Unpleasant references were made. She made comments to the officer Jamie Connolly and the defendant was arrested. Officer Sargent was also involved in the incident. He was present when she tried to bite the officer.

‘The defendant was also involved in kicking out. Officer Sargent believes that there was some contact. The defendant put up a lot of resistance, but she was handcuffed. She made unpleasant comments when arrested. She made no comment in the interview.’

The prosecutor told the court that Cowen had previously been given a nine-month jail sentence at Liverpool Crown Court, suspended for 12 months, for assault occasioning actual bodily harm

‘These new offences were just within days of the expiry of that suspended sentence,’ Mrs Blackmore said.

At Warrington Magistrates Court, Cowen admitted assaulting PCs Jamie Connolly and Thomas Sargent and was ordered to face a crown court judge for sentencing. Neither of the officers were hurt in the struggle

Solicitor Mark Lever, representing Cowen, said: ‘The sentence has ended but the offence were committed in the circumstances of the suspended sentence.

‘She has significant mental health problems and is having an assessment tomorrow to find out why, when she has been drinking, she suddenly becomes very violent. There is something going on there.’

‘The judge in the crown court will decide what happens in the case there,’ he said.

‘I do not want to do something that ties the crown court’s hands.’