'Naughty Tory' agrees to pay one of his victims 'undisclosed amount'

Disgraced ‘naughty Tory’ Charlie Elphicke has reportedly agreed to pay one of his sexual assault victims an undisclosed sum.

The former MP was jailed for two years in 2020 after he was convicted of three sex attacks against two women.

One count related to a woman he chased around his house shouting ‘I’m a naughty Tory’.

The woman, who cannot be named for legal reasons, brought a civil claim against Elphicke, a father-of-two, in the wake of his conviction.

According to the Sunday Mirror, Elphicke has now agreed to pay compensation to the victim in order to settle the civil claim out of court.

Details of the payout will not be made public. 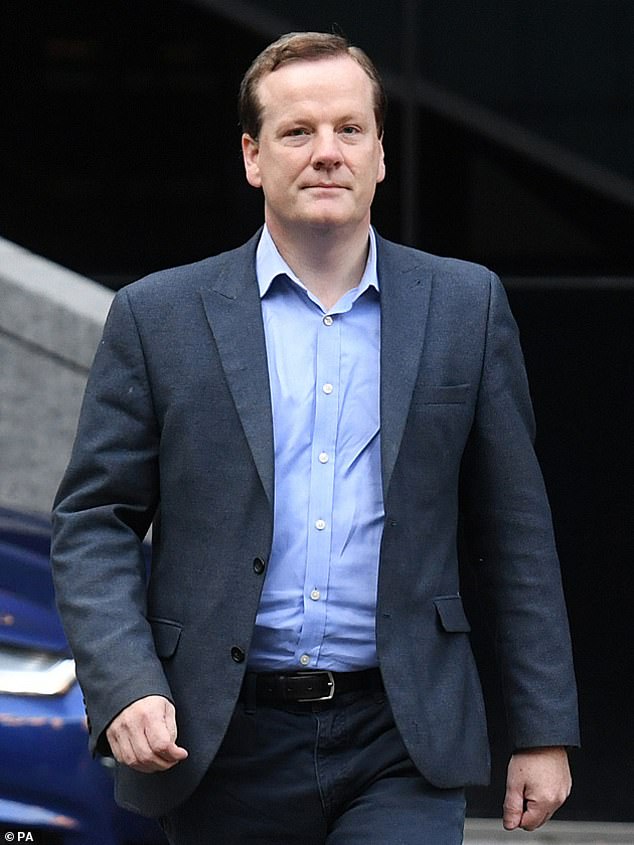 A source told the publication: ‘Elphicke has settled the civil claim without it reaching court.’

During his trial, the jury heard that he forced himself on two young women in similar attacks, kissing them open-mouthed and groping their breasts.

Elphicke became a Government whip during David Cameron’s premiership in 2015 but returned to the backbenches when Theresa May came to power the following year.

The settlement comes just months after he told a court he had ‘no money’ to repay legal debts he’d accrued during the trial.

He claimed he was broke after spending what little money he had left on six months’ rent for a £475,000 one-bedroom flat in Fulham, having split from his wife.

He told Uxbridge Magistrates’ Court in November 2021: ‘I have no job, I have no career, I am long-term unemployed.

‘I am separated from my wife who has filed for divorce. I have had to find a new place to live.’

The Elphickes recently sold their marital home in St Margaret’s Bay, Dover, for £1,525,000 – almost double what they paid for it.

But Elphicke said he received only £51,000 from the proceeds of the sale, which went on legal fees and his rent. He said he had considerable debts, including a £100,000 loan from his estranged wife which was used to fund his trial defence fees.

Elphicke was the MP for Dover from 2010 to 2019. His ex-wife Natalie, who left him after learning he’d been unfaithful, is now the local representative.