NHS back-office departments and quangos that cost almost £3billion a year could be merged, the Health Secretary suggested yesterday.

His comments came after he appointed former Labour health secretary Patricia Hewitt to review NHS efficiency in the hope that billions in public money goes directly to patient care.

Asked by the BBC yesterday what the NHS should do less of, Mr Barclay answered: ‘Firstly we’ve got £2.8billion of cost in the department on its arm’s-length bodies.

‘That’s over 50,000 people that aren’t in directly patient-facing roles, so there’s opportunities in terms of merging those. But also having fewer targets, devolving more decision-making to trusts and integrated care boards.’ 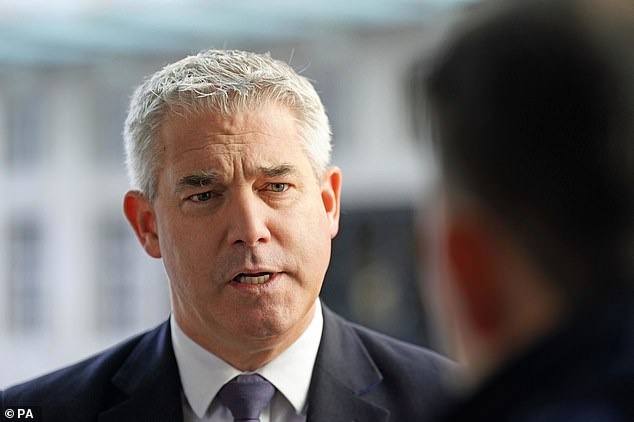 He was asked if that could mean hospitals choosing not to provide some services and replied: ‘It’s about giving them more discretion. When I talk to trust leaders, one of their frustrations is the sheer amount of time they spend managing upwards.’

As an example he said that GPs could now order scans in suspected cancer cases directly rather than requiring patients to see a consultant first.

He said: ‘It’s about looking at a local level how we design a healthcare system in a way that more empowers local leaders, better uses the population-level data that we will have through the federated data platform, and having less diktat from the centre in a one size fits all.

‘I think £2.8billion being spent each year on the department, on those arm’s length bodies, is a huge cost.’

One of Mr Barclay’s junior ministers, Will Quince, told Times Radio yesterday that it was the right time for the NHS to look for efficiencies despite the pressure it was under.

‘On quangos, we still have a large layer of management. So I think it’s right that all these things are looked at in the round,’ he said.

‘Of course, every pound you save can be reinvested into our NHS and tackling some of those issues and addressing our key priority.’