Cassius chief executive James Arkoudis has vowed the company will get justice for its shareholders and dismissed claims about the criminal past of two of its initial investors as the gold mining firm takes on Chinese state-linked mine Shaanxi and the Ghanaian government.

In his first public comments since The Sydney Morning Herald and The Age launched its Blood Gold investigation on Thursday, Arkoudis said Cassius had spent two years on due diligence before it began its project in Ghana, operated in compliance with Ghanaian and Australian law, and had tried to build important infrastructure for the community but had been squeezed out by an “unscrupulous” Chinese state-linked company. 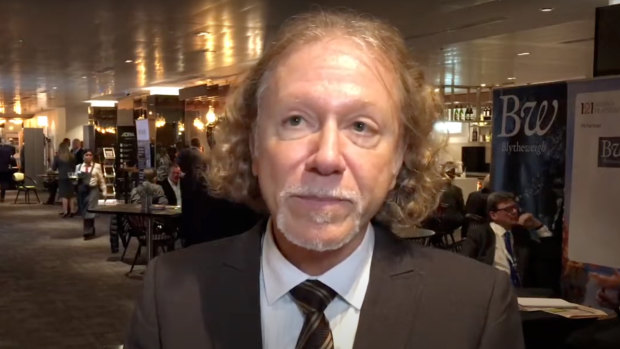 “This was no dumb luck punt,” he said. “We did not win the favour or support of some key officials who expected us to comply with what was put to us, euphemistically, as the ‘Ghanaian culture of gift giving’. Rather we spent the money on the project and money flowed to the community via contracts for tenements and jobs.

“Cassius at the peak of its drilling program had over 60 people working on its concession. All of them were paid a fair wage and much higher than any other mining company in the area. Our cleaners were earning more than what a Shaanxi underground miner was being paid.”

Cassius is preparing to launch a $395 million action this year against the Ghanaian government in the London Court of International Arbitration. Shaanxi had allegedly been digging underneath Cassius’ mine to steal tens of millions of dollars worth of gold at least as early as 2017. Dozens of local miners have also been killed inside the Chinese state-linked mine in northern Ghana. Shaanxi had denied the allegations.

Cassius claims the Ghanaian government had knowledge of Shaanxi’s trespassing and theft, attempted to redraw boundaries in favour of the Chinese miner and failed to act on allegations of demonstrated corruption at senior levels of the government.

When Cassius took Shaanxi to court in 2018, Shaanxi’s officials were seen meeting at the home of the judge presiding over the case, Jacob Boon, and then tried to bribe those who had witnessed the meeting. Boon has since recused himself from the case, but it has been bogged down in delays and remains before a local court.

The Ghanaian Minerals Commission ordered Cassius to shut down its operations in 2019 despite evidence that Shaanxi was stealing gold from underneath its land. Cassius is expected to confront Samuel Jinapor, Ghana’s minister for natural resources, and the head of the Ghanaian Minerals Commission, Martin Kwaku Ayisi, when they speak at the Africa Down Under conference in Perth on Thursday. Neither was in their current role at the time of the incidents.

“Cassius was put into a no-win situation where we didn’t want to participate in corrupt illegal practices but wanted to legitimately pursue our project in Ghana. This is a crucial dilemma faced by many Australian companies in Africa, Asia and elsewhere,” said Arkoudis. 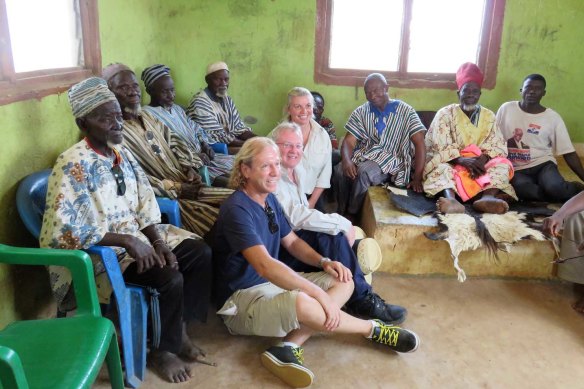 “Hopefully, [we will] get some action on redress and some justice for the victims in Ghana and by employing all possible legal means available, within rule-based systems, to also get justice for investors.”

Former Australian ambassador Andrew Barnes said in 2021 he was concerned about corruption being “such a problem in Ghana”.

Barnes said Ghanaians should “not have to go about their daily lives, accepting that corruption is normal and that they have no alternative but to put up with it”. The local community in Gban has been campaigning against Shaanxi after it allegedly gassed dozens of local villagers to stop them from entering the Chinese mine.

Concerns have also been raised about the backgrounds of two of Cassius’ early investors, Upul Anthony and Radwin El Hassan. Anthony had spent time in jail on corporate fraud charges and El Hassan was arrested as part of a 28-kilogram cocaine bust in 2000.

Arkoudis said he was not aware of their history when they first invested with the company. The pair visited Ghana but Arkoudis claims they had no operational responsibilities.

“These were by that time historical convictions from 20 years ago. Both were involved in legitimate business when I met them,” he said.

“Over time I became aware, and it was subsequently mutually agreed that they would divest their investment in Cassius.”

Cassius’ shares, trading at 2¢, increased by 10 per cent last week. The company has just finished a capital raising round of $1.3 million to help fund projects in Madagascar and Tanzania.