Only 30% of knife crimes result in a jail sentence

Only 30% of knife crimes result in a jail sentence as number of criminals severely punished slumps to lowest level for six years, data shows

The number of knife criminals sent to jail has fallen to the lowest level for six years – despite a post-pandemic surge in the crime.

Just 5,819 knife offenders received immediate custodial sentences in the 12 months to June, compared with 6,402 in the previous 12 months. It is the lowest number of knife offenders to be handed an immediate jail term since 2015, when it stood at 5,040.

Figures for England and Wales, published yesterday by the Ministry of Justice, showed that 29.9 per cent of knife and offensive weapons offences led to immediate custody in the year, down from 30.7 per cent.

The figures cover a period in which recorded knife crimes surged – up 8 per cent year-on-year to 49,991.

The new data also revealed the lowest number of repeat knife offenders were sent to jail since a ‘two strikes and you’re out’ rule was introduced in 2017.

Some 3,865 over-18s were tried for repeat offences of knife crime in the year. Of those, 2,370 were handed immediate custody, the lowest since a change in the law introduced a six-month minimum jail term for repeat adult offenders. 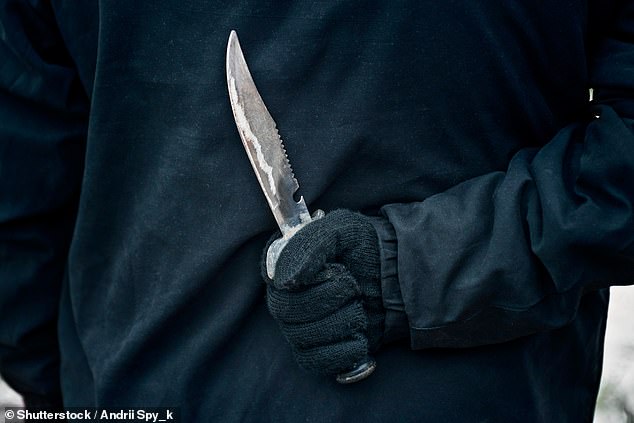 Just 5,819 knife offenders received immediate custodial sentences in the 12 months to June, compared with 6,402 in the previous 12 months. (File image)

The same Act of Parliament introduced a minimum four-month ‘detention and training order’ for 16- and 17-year-olds who commit a repeat knife crime. Yesterday’s figures showed the lowest number of 16- and 17-year-old repeat offenders sent to jail – 82 in the year compared with 185 in 2019.

Judges are allowed to deviate from the ‘two strikes and you’re out’ rule only if they decide it would be ‘unjust to do so’.

It came as the Metropolitan Police released shocking CCTV images of a ‘terrified’ woman being threatened by knife-wielding robbers while she held a child. Police said the 22-year-old victim was at home in Wandsworth, south-west London, at lunchtime on Tuesday when two men knocked on her door and forced their way in.

Footage shows her being jostled into her kitchen at knifepoint by a hooded man wearing a blue Tesco jacket. Nothing is believed to have been taken and there were no reports of injuries. 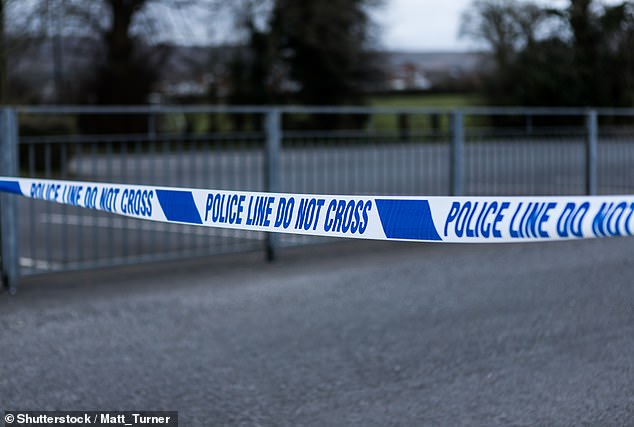 The figures cover a period in which recorded knife crimes surged – up 8 per cent year-on-year to 49,991. (File image)

Separate data published by the MoJ yesterday showed that across all types of crime, more offenders are being let off with a so-called ‘community resolution’ rather than being taken to court.

The ‘slap on the wrist’ can require offenders to apologise to their victims, repair damage they have caused or pay compensation. Just under 139,000 community resolutions were handed out in the year to June, up 10,000 on the previous 12 months.

However, use of other ‘out of court’ punishments fell. There were 49,700 cautions handed out in England and Wales in the year to June, down from 52,600.