Oregon is investigating after linebacker DJ Johnson was seen on video punching an Oregon State fan on the field at Reser Stadium following the Ducks' loss to the Beavers on Saturday.

Johnson was walking off the field when he was seen hitting the fan in the head from behind. It’s unclear what, if anything, was said before the hit. Johnson was then quickly escorted off the field.

An Oregon player punched an Oregon St. fan after they ran on the field following the 38-34 victory for the Beavers.

"We are aware of a postgame exchange involving a member of our football team and a fan and are working to gather more information," Oregon said in a brief statement Sunday, via The Associated Press.

Johnson had three tackles on Saturday. The sixth-year senior had 39 tackles and six sacks this season. It’s unclear what discipline he will face from the team, the league or otherwise.

Oregon State spokesperson Steve Clark said that no complaint had been filed with the university's police department, and that the school did not know the identity of the person who was punched.

"We are [aware] of this matter and are confident that the Pac-12 Conference and the University of Oregon will investigate this matter and deal with it appropriately," Clark said, via The Associated Press.

Despite holding a 21-point lead late in the third quarter, Oregon fell apart Saturday afternoon in Corvallis. Oregon State rallied to knock off the Ducks 38-34 as Oregon gave up three touchdowns in just more than five minutes.

The loss knocked Oregon out of the Pac-12 title game thanks to Washington's 51-33 win over Washington State. 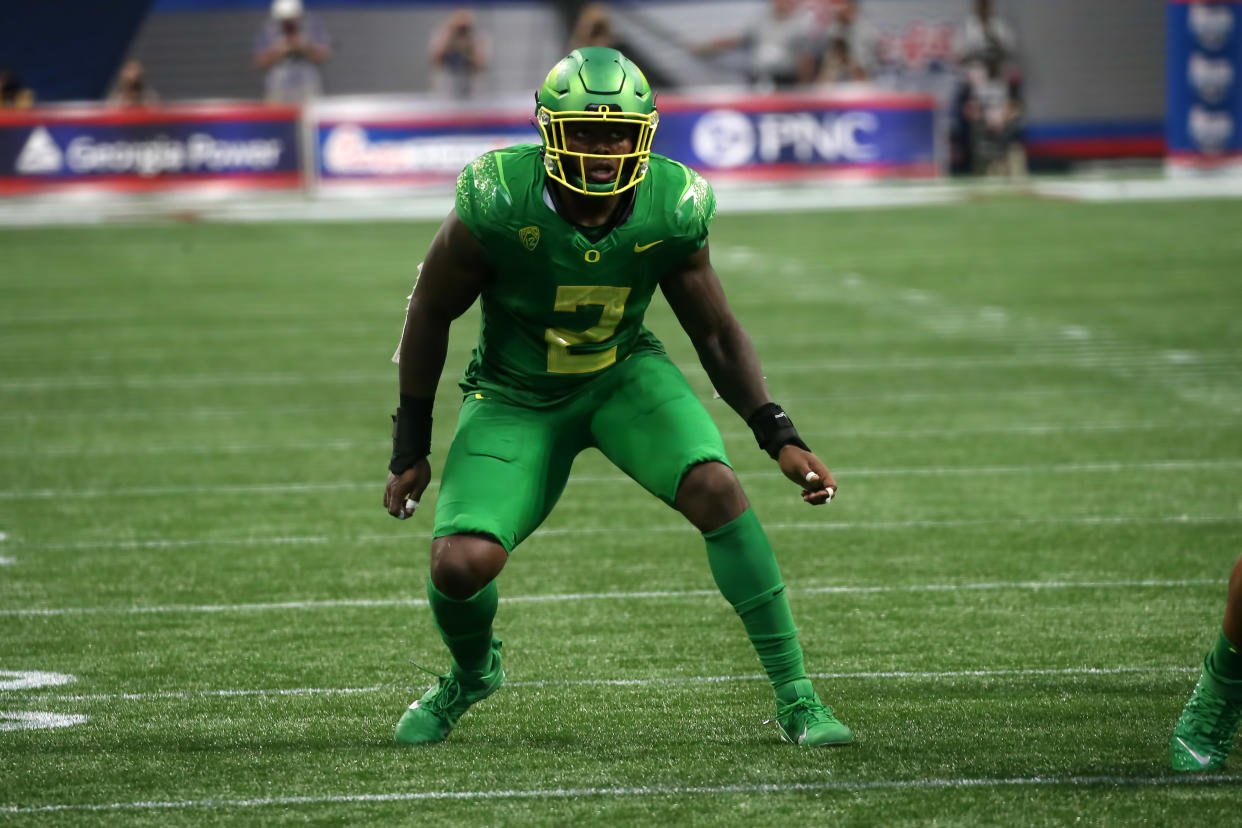