Drivers come from miles around to fuel station selling petrol for 160.9p and diesel for 175.9p as boss says supermarkets should cut their prices

Drivers are travelling miles to fill up their cars from a fuel station that is selling petrol for as low as 160.9p and diesel for 175.9.

Jet Oakley, in West Auckland, County Durham, has seen a spike in the number of motorists visiting the forecourt after word got out about its low prices.

The price tag beats the cost of fuel at nearby supermarket chains, including Sainsbury’s, Morrisons, ASDA and Tesco.

Manager of the independent service station, Sam Barber, said he decided to keep the costs as low as possible to help people during the ongoing cost-of-living crisis. 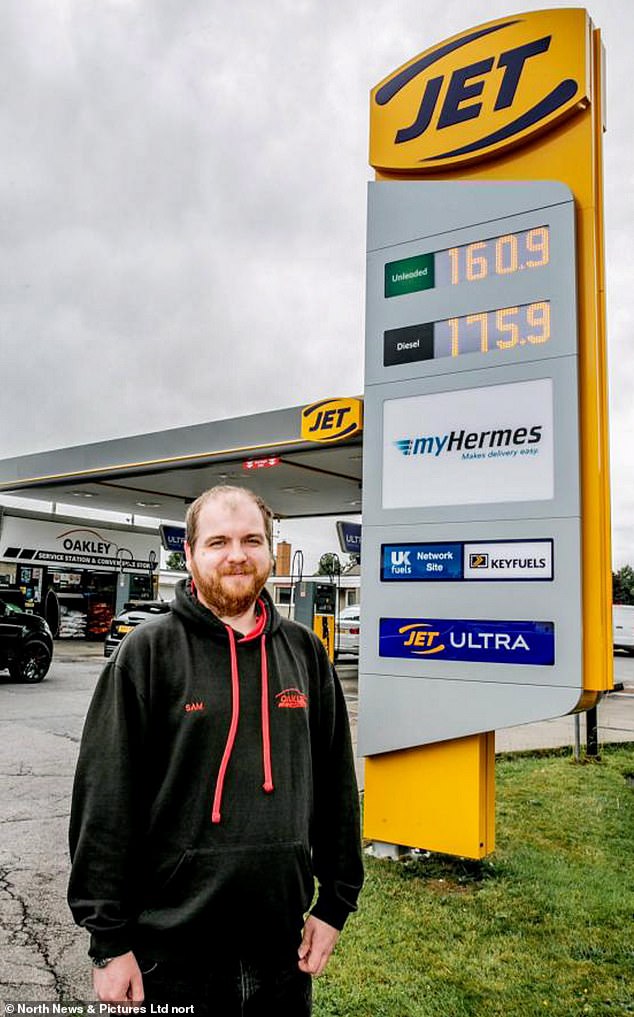 Manager Sam Barber said his petrol station, Jet Oakley, in West Auckland, County Durham, is trying to keep prices low as the cost-of-living crisis continues to bite. Drivers are now travelling miles to fill up their cars at the station where petrol is as low as 160.9p and diesel for 175.9.

He said: ‘It’s in our best interest to keep prices down, to get more people shopping inside the business and spending money in the shop.

‘The garage has been her for over 50 years, so we’ve always tried to keep them low for the community.

‘We’ve seen an increase in customers and people who have come to us for the first time because of the cheap fuel. Petrol prices have rocketed this year but are now showing signs of falling at long last.

‘But they then buy from the shop and they’re now saying, “this is going to be our new regular shop and we will keep coming back here.”’

According to the automotive service, RAC, the average UK price for petrol is currently 172.88p while diesel is 183.74.

Do you know a fuel station with low prices?

Do you know a cheap petrol station? Get in touch by emailing [email protected]

While the prices are still expensive, they have dipped slightly from when fuel prices peaked at the end of June.

Wholesale costs have fallen 30p from their June peak, which the AA motor group said should be passed on to consumers as quickly as possible to save families hundreds of pounds.

Earlier this year, major suppliers BP, Esso and Shell were criticised by the Petrol Retailers Association for not passing on fuel duty cuts quick enough to consumers.

Mr Barber added: ‘We had to put them up as they were going up, unfortunately. We tried to hold off as much as we could when the prices were rising.

‘We slashed the margin a little bit to try and keep the prices as low as we could, but it kept going up and up.

‘It was only our super diesel that went over the £2 mark, we kept everything else just under.

‘The prices did then start coming back down and as soon as we were able to we were getting frequent deliveries.’ The price tag on Jet Oakley’s fuel beats all of its supermarket rivals including including Sainsbury’s, Morrisons, ASDA and Tesco.

Some supermarkets are still charging high prices despite deliveries resuming as normal.

He added: ‘I still don’t understand why they are as high as they are considering what we are paying and charging.’

The price of fuel has fed into the cost of living crisis currently plaguing the UK.

Combined with rocketing gas costs it has manifested into a perfect storm taking money from people’s pockets.

At its worst motorists were facing £2 a litre to fill up their vehicles, often equalling a tank far exceeding a £100 a time.

Prices for fuel at Jet Oakley are set every Tuesday but staff get an advanced notice of their cost the Saturday before and is when they can prepare how much to order.

After becoming known for having cheaper prices, more people have started visiting the petrol station, so staff work around the clock to ensure that the forecourt is always stocked for the hundreds of customers that visit every day.

Mr Barber said: ‘We are situated on the edge of West Auckland and within 10 minutes you can get to four of the big supermarkets which all have their own petrol stations but towards Barnard Castle we are the last one you will get to until the town. 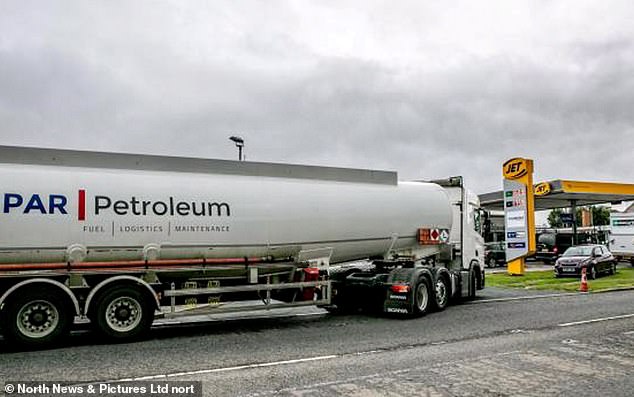 The petrol station has now surged in popularity due to its low prices so staff at Jet Oakley are working around the clock to ensure that the forecourts are never empty.

‘With our cheap prices, we know people are passing several stations to get to us. We have had a few nice comments saying that our prices are so low, and they will be coming back here because of the service.

‘We have our regular customers in every day but it’s always nice to see new people returning.’

Petrol prices over the last year surged to consecutive record highs as drivers were told to brace for misery at the pumps following Russia’s invasion of Ukraine.

Major supermarket brands and suppliers have faced a furious public for failing to drop prices in line with falling wholesale fuel prices since the record highs of July.

Soaring fuel costs also come as a blow to families embarking on their summer staycations.

Motorists were rocked with dizzying prices last month as the average cost of a litre of fuel smashed through the 191p mark for the first time.