Jackpot winners at a south-east Melbourne gaming venue were approached by members of a criminal syndicate and offered substantial sums of cash in return for their winnings in what federal police say was a $4.7 million money laundering scheme.

Australian Federal Police announced on Wednesday they had charged three people after several raids on Tuesday, including one at a Springvale South property that uncovered gold and $170,000 in cash hidden in a bedroom.

The money laundering scheme’s alleged ringleader – a 49-year-old Springvale South woman – has been charged and will appear in court on Thursday alongside a 63-year-old man and a 61-year-old Noble Park woman.

Police allege the syndicate approached people who had poker machine wins at the Greyhounds Entertainment gaming venue in Springvale, offering cash at a premium for winning cheques, which were then issued in the name of the syndicate member and deposited in a bank as legitimate gambling winnings.

AFP acting Assistant Commissioner Raegan Stewart could not tell reporters what kind of organised crime group funded the syndicate, which she said was alleged to be “purely involved” in the money laundering operation.

Stewart said the AFP had been investigating for the last year after being notified of suspicious activity by the Victorian gambling regulator and Australian government financial intelligence agency AUSTRAC. 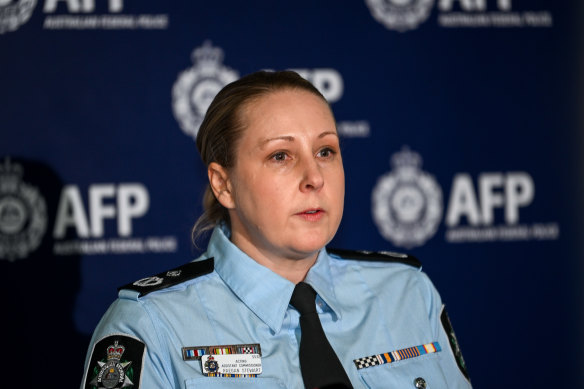 “Targeting how organised crime groups get their ill-gotten profits into our legitimate financial systems is a key priority for the AFP. We seek to cripple their business models.” 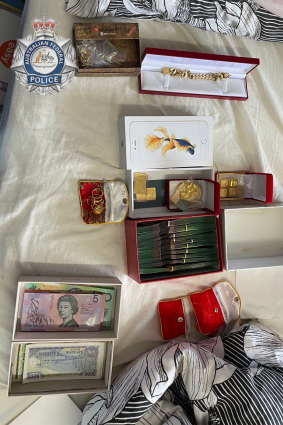 Gold bullions and cash seized at a Springvale home following a raid on an alleged money laundering syndicate by federal police.Credit:AFP

Between November 2021 and June 2022, authorities say 73 per cent of the Springvale venue’s cheques were issued to a small group of patrons alleged to have laundered money.

Kimmitt said 13 per cent of all cheques the regulator monitored across Victoria during the period came from the venue, and the regulator was continuing to investigate it and its staff.

“At this stage the venue is co-operating with us,” Kimmitt said.

“Our investigation started with just routine data and audits that we do. We identified this venue as having quite an abnormally high number of cheques relative to other venues.” 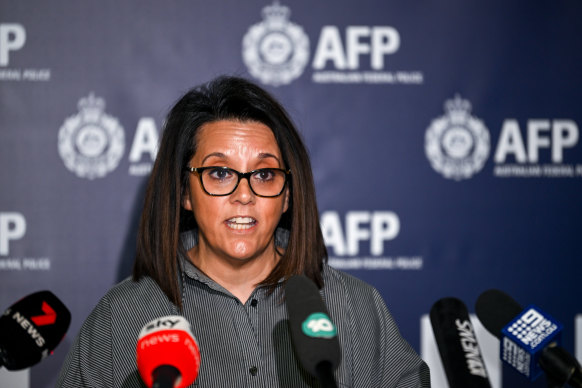 “If you don’t, we will find you and we will come down on you,” Kimmitt said.