Police in riot gear blocked students from entering a university in India’s capital Wednesday to stop a scheduled screening of a BBC documentary about Prime Minister Narendra Modi that has been banned in the country. At least four people were reportedly detained by police, including officers in plain clothes, at Jamia Milia Islamia University. 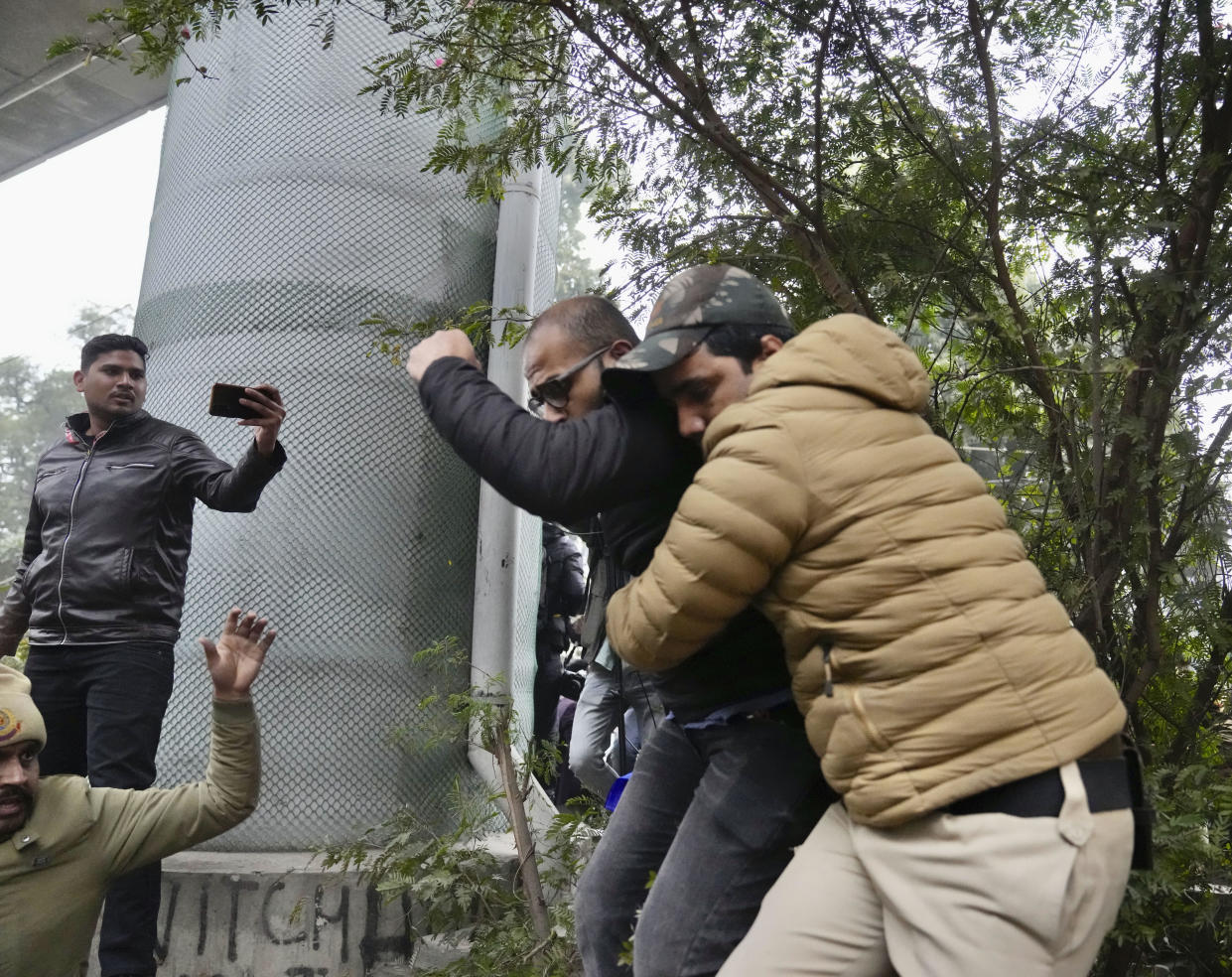 Students at another top Delhi college, Jawaharlal Nehru University, said power and internet connections were cut the previous day to stop them showing the documentary on their campus.

Among other topics, the two-part documentary, “India: The Modi Question,” examines Modi’s role in deadly religious riots that hit Gujarat in 2002, when he was the chief minister of the western Indian state. More than 1,000 Muslims were killed by Hindu mobs during the riots, which broke out after 59 Hindu pilgrims died in a fire on train. Muslims were accused of attacking the train. 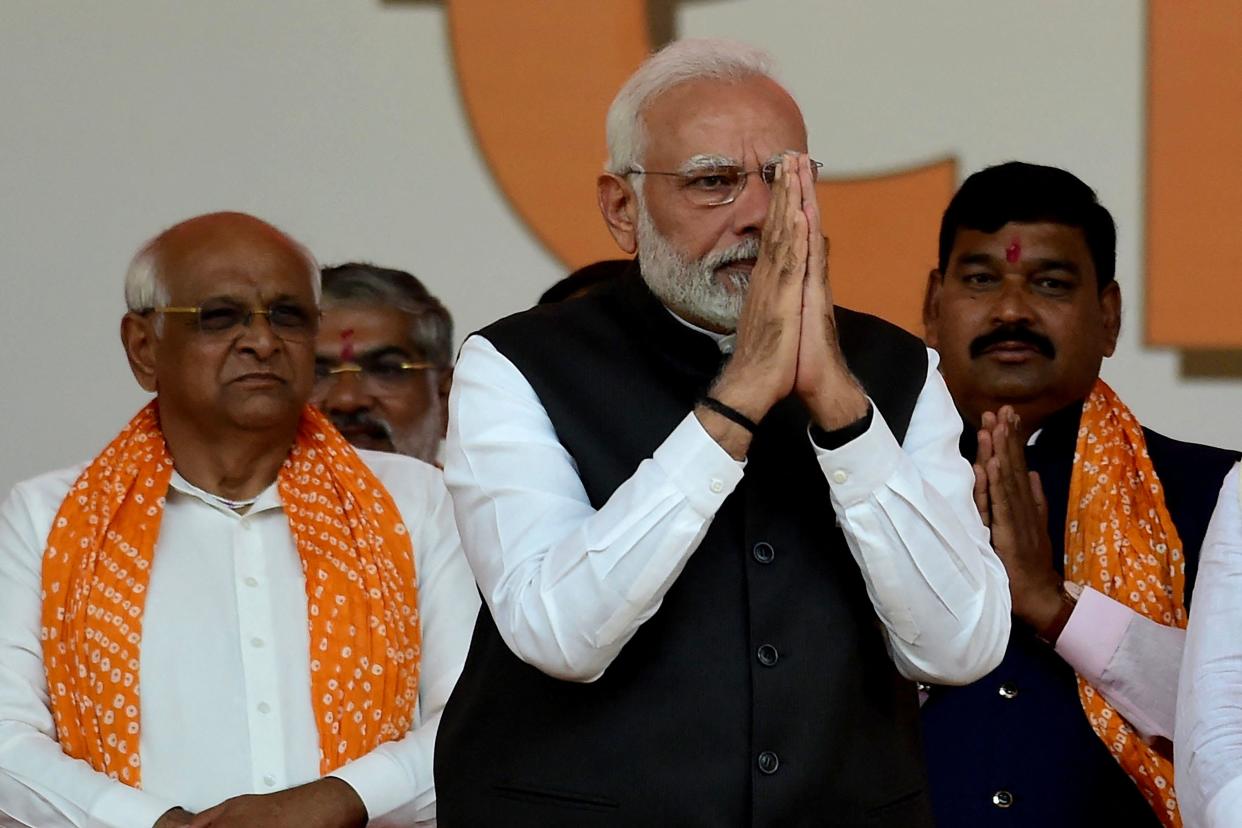 Modi faced allegations of complicity in the violence and giving a free hand to violent Hindu mobs to avenge the train incident.

The documentary also highlights a previously unpublished report, obtained by the BBC from the British Foreign Office, which raises questions about Modi’s actions during the religious riots.

The report claims that Modi was “directly responsible” for a “climate of impunity” that enabled the violence.

The documentary includes an interview with former British Foreign Secretary Jack Straw, who says a British government investigation at the time determined the violence by Hindu nationalists was meant to “purge” Muslims from Hindu areas, and that those efforts bore the “hallmarks of an ethnic cleansing.”

Modi has always denied the allegations, and more than a decade later, in 2013, a Supreme Court panel said there was insufficient evidence to prosecute him.

The Indian government banned the documentary last week, calling it “a propaganda piece designed to push a particular discredited narrative.”

“The bias and lack of objectivity and frankly continuing colonial mindset are blatantly visible,” said Arindam Bagchi, a spokesperson for India’s foreign affairs ministry, said last week. “If anything, this film or documentary is a reflection on the agency and individuals that are peddling this narrative again. It makes us wonder about the purpose of this exercise and the agenda behind it, and frankly, we do not wish to dignify such efforts.”

Responding to the criticism, the BBC last week said the documentary had been “rigorously researched.” 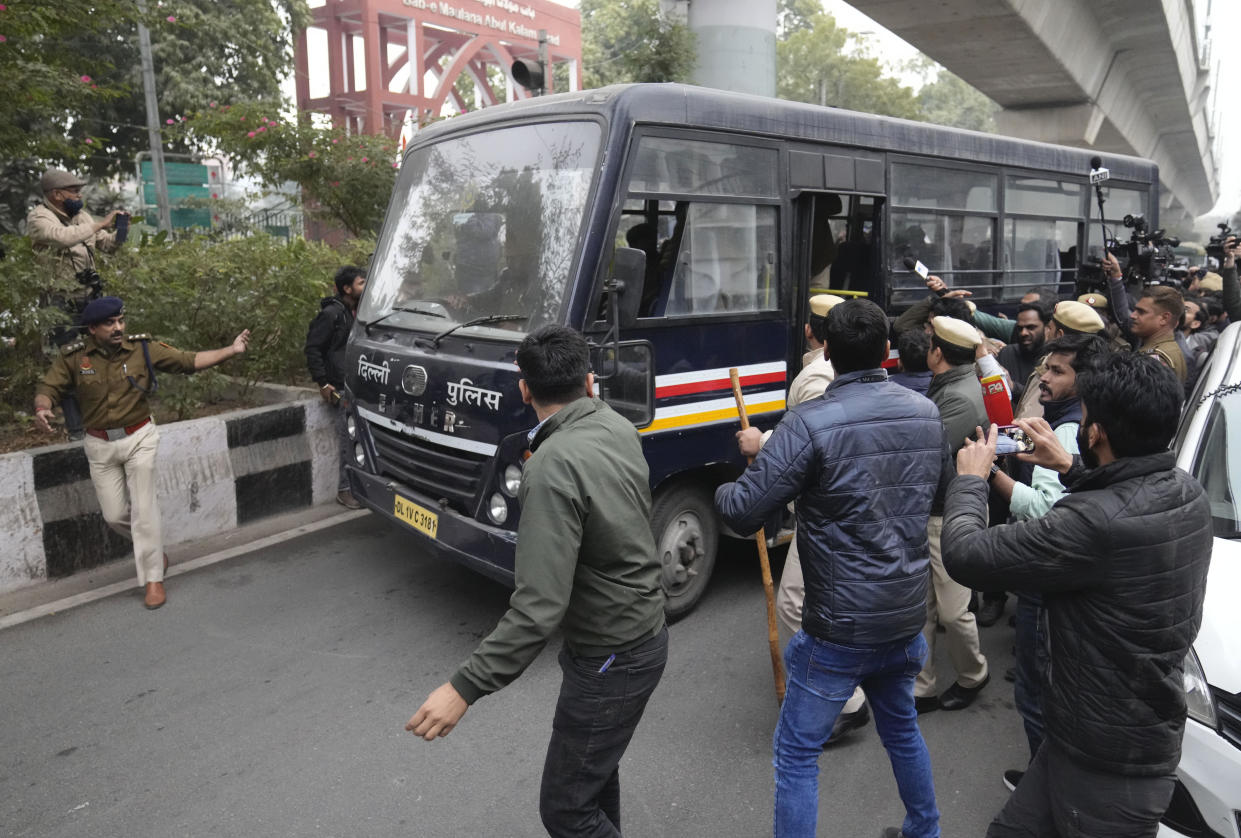 In a statement, the British public broadcaster said the series examines “the tensions between India’s Hindu majority and Muslim minority and explores the politics of Mr. Modi in relation to those tensions.”

The BBC added that the Indian government had been offered a right to reply during production of the documentary, but that it had declined.

While the documentary was not formally released in India, several opposition leaders and government critics shared links to it on social media.

Over the weekend, India’s Information and Broadcasting Ministry invoked emergency powers under controversial “Information Technology Rules” adopted in 2021 to order YouTube and Twitter to block clips and links to the documentary.

“Videos sharing @BBCWorld hostile propaganda and anti-India garbage, disguised as ‘documentary’, on @YouTube and tweets sharing links to the BBC documentary have been blocked under India’s sovereign laws and rules,” Kanchan Gupta, a senior advisor at the Ministry of Information and Broadcasting, wrote on Twitter. 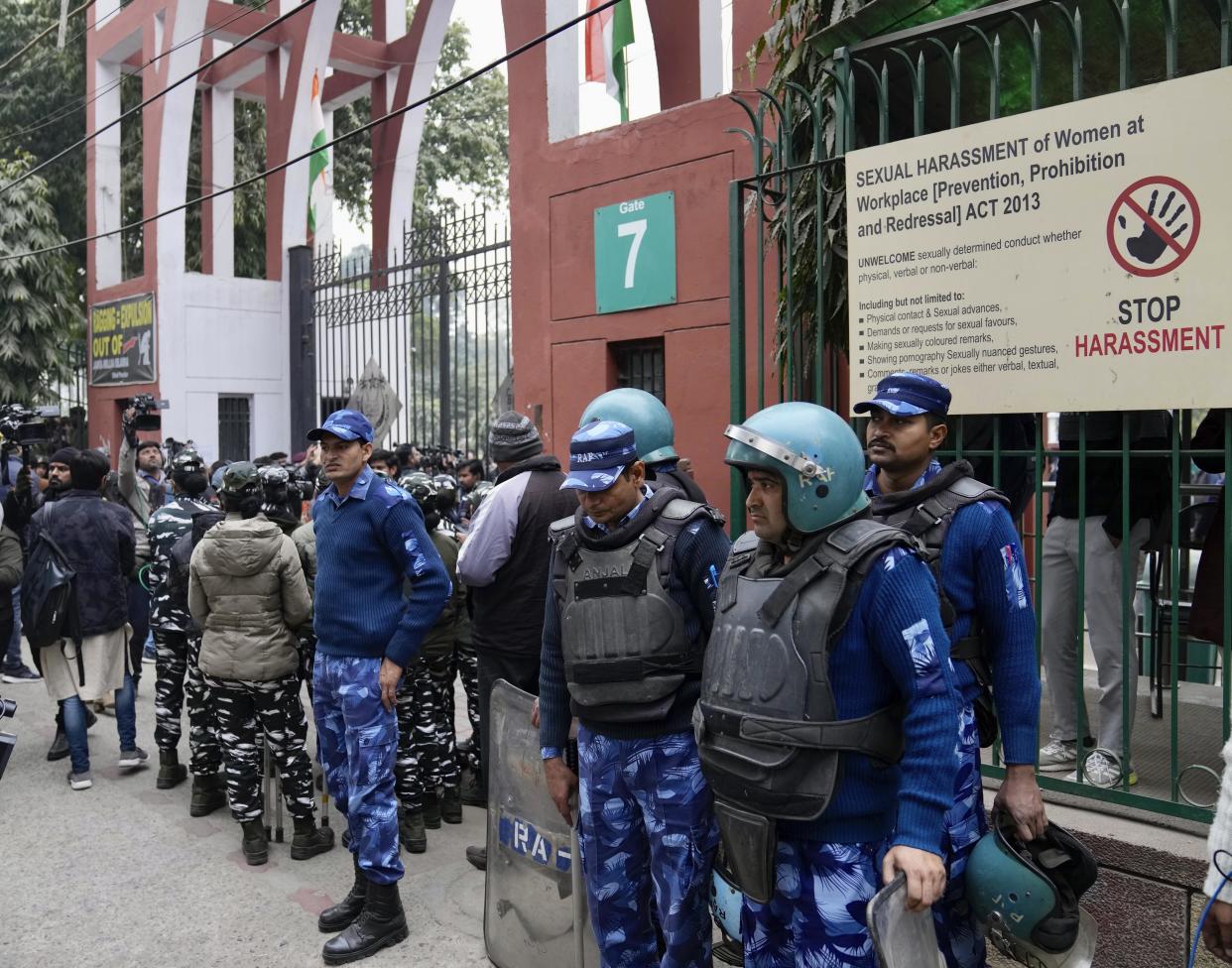 The 2021 technology rules give the federal government power to block information “in case of emergency,” to order immediate removal of content in the interest of India’s sovereignty, security, and friendly relations with other nations, and “to maintain law and order.”

“Govt on a war footing to ensure no one in India can watch a mere @BBC show. Shame that the emperor & courtiers of the world’s largest democracy are so insecure,” Mahua Moitra, a member of India’s parliament from the opposition All India Trinamool Congress party, said on Twitter.

Suspected gunman in Half Moon Bay, California, mass shooting to appear in court

U.S. and Germany agree to send tanks to Ukraine