A 2013 law banned what authorities deem to be spreading ‘propaganda of non-traditional sexual relations’ to minors. The new law expands that ban to spreading such information to people aged 18 and older. 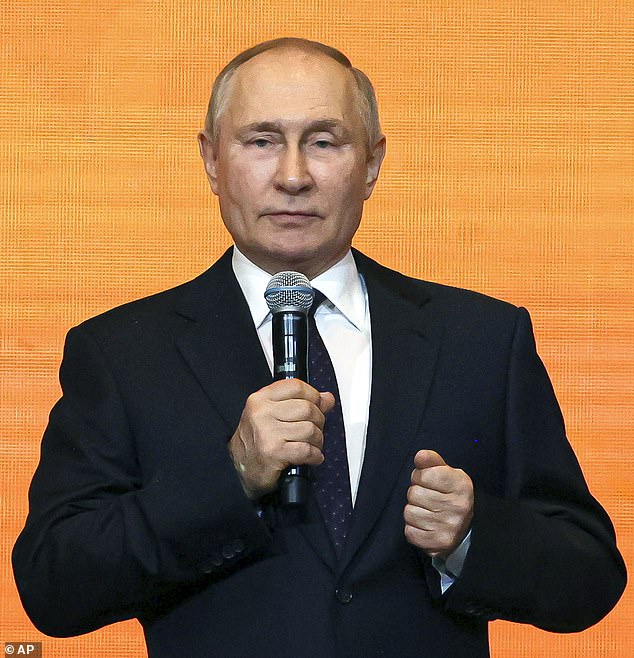 It also broadens the existing restrictions by banning information about gender transitions to be spread to minors and bans information deemed to be propaganda promoting paedophilia.

Violations are punishable by fines and, if committed by non-residents, could lead to their expulsion from Russia.

The law does not make violations a criminal offence — Russian law stipulates that the criminal code can be amended only through an independent Bill. Some politicians have suggested they favour such a measure. 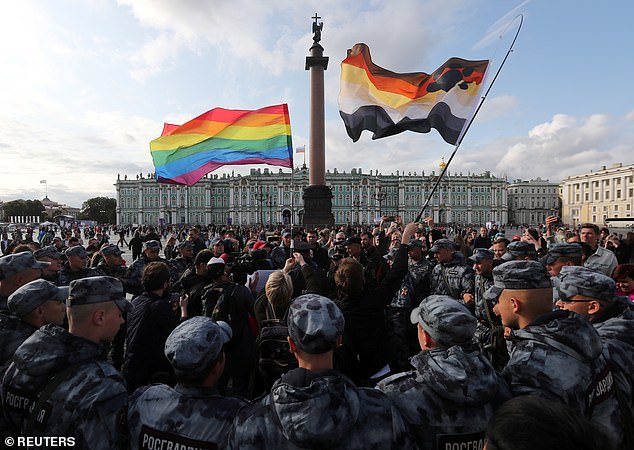 The Kremlin did not immediately announce Putin’s signature on Monday, but it was shown on a copy of the measure published on the website of the Duma, the lower house of parliament.

It comes as the Kremlin exerts increased pressure on minority groups and opponents of Putin at home, quashing independent media groups and further stifling free speech as Moscow ramps up a decade-long campaign to promote what it says are ‘traditional’ values.