Putin’s troops were forced into a retreat from Kherson in November amid Ukrainian counterattacks but are now stationed on the east bank of the Dnieper river, from which they can launch punishing artillery attacks on the urban centre.

One of the two killed in Thursday’s strikes on the city – the only regional capital that had been taken by Russia since the start of the war – was a Ukrainian Red Cross worker.

Denise Brown, who runs the UN’s aid coordination organisations OCHA in Ukraine, said: ‘This deeply tragic event is yet another reminder of the horrific consequences of this war for civilians and the extraordinary risks front-line humanitarian workers take.’ 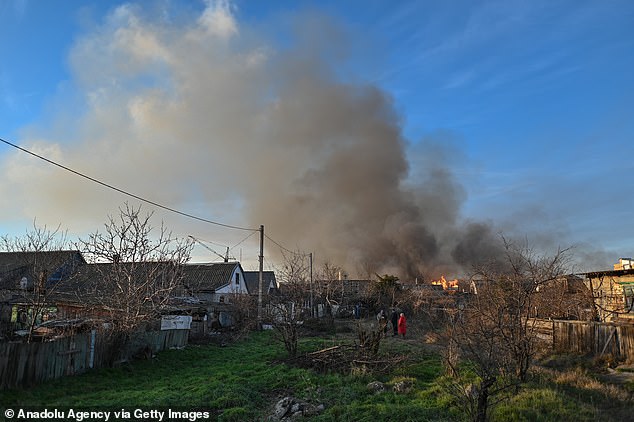 View of a site near Kherson shipyards seen after a missile attack on Karabell Island in Kherson, Ukraine, on December 14, 2022 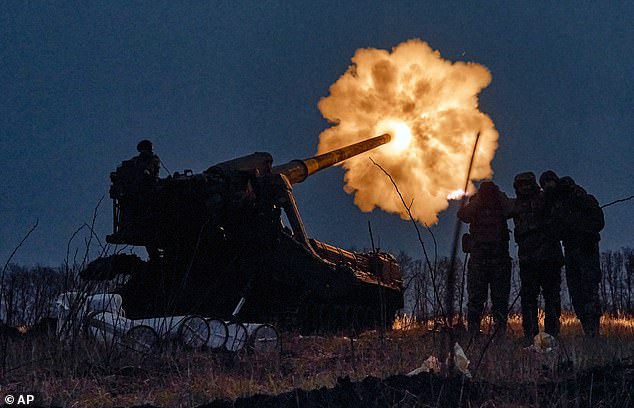 Mirjana Spoljaric, President of the International Committee of the Red Cross, also denounced the strikes.

‘Red Cross works close to the frontlines helping people wounded and those no longer taking part in hostilities,’ she wrote on Twitter.

‘It is imperative that its personnel and property are spared.’

Since being retaken by Kyiv, Kherson has endured an almost daily barrage of missiles, prompting local authorities to encourage evacuations.

And the strikes on infrastructure have been spread across the country, leaving millions of Ukrainians without power, heating or water with temperatures at near or below freezing around the country. 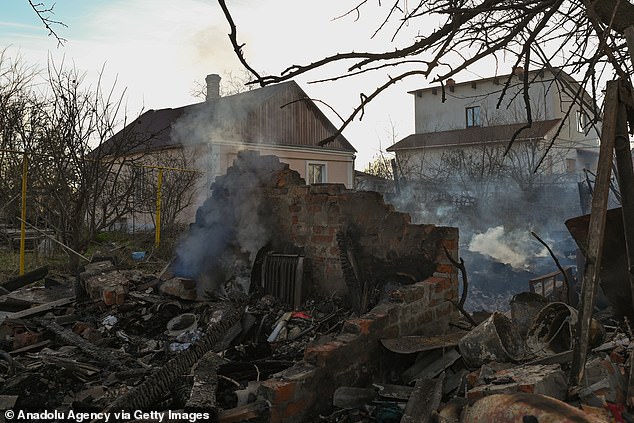 Destroyed house near Kherson shipyards seen after a missile attack on Karabell Island in Kherson, Ukraine, on December 14, 2022 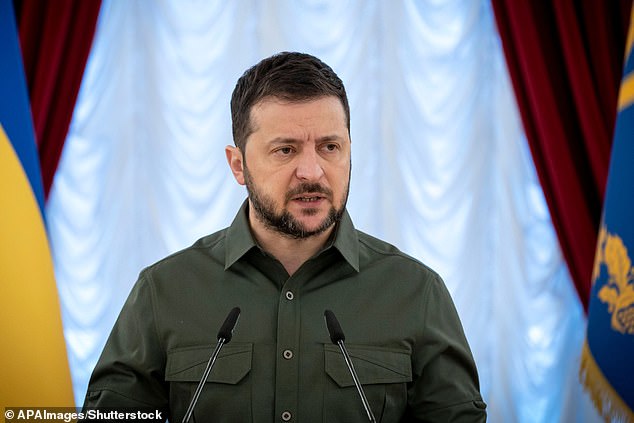 While Kherson reeled from today’s strikes, the European Union cleared the way for yet another round of sanctions designed to cripple Russia’s economy and war effort, while also announcing another aid package for Ukraine worth £18 billion following an impassioned plea from president Volodymyr Zelensky.

Earlier in the day it seemed as though EU heads were struggling to reach an agreement on the sanctions package.

Poland and Lithuania had blocked the deal on sanctions over concerns it might benefit Russian oligarchs in the fertiliser business.

Russia is one of the world’s largest exporters of fertiliser and there are concerns a crackdown on heads of fertiliser companies would cause food shortages in the coming year.

But diplomats on Thursday evening said a package had been agreed and that a written procedure would formalise the newest round of economic sanctions by Friday afternoon.

‘The Russians are preparing some 200,000 fresh troops. I have no doubt they will have another go at Kyiv,’ he said in the interview. They expected the attack any time from late January, he added. 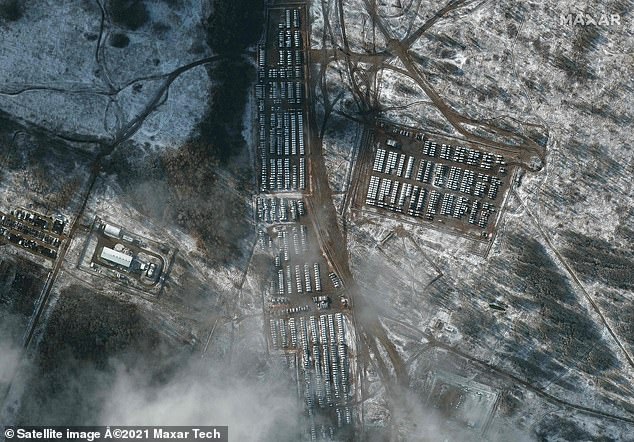 Russia is building a new army 200,000-men strong and will use it to try and capture Kyiv a second time (pictured, Putin’s original army before he invaded in February) 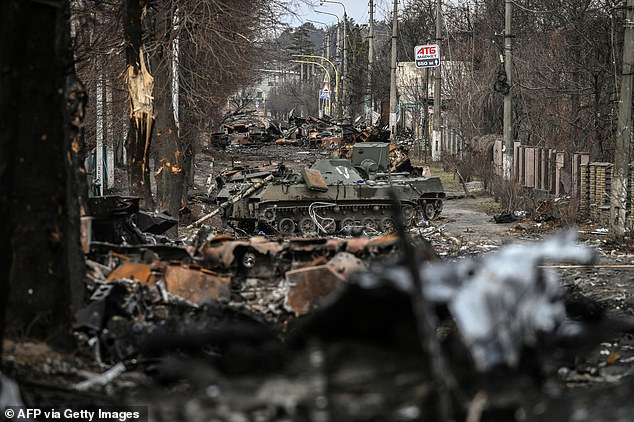 When Putin first invaded Ukraine in February, he did so with a force around 175,000 men. If General Zaluzhny is correct, any even larger army is already on its way.

‘[Russia] is preparing new resources… 100 per cent’, he told The Economist. ‘[We must] prepare for the [new] war which may begin in February, at best in March, and at worst at the end of January.

‘It may start not in Donbas, but towards Kyiv, from Belarus, I do not rule out the southern direction [Crimea] as well. The Russians are preparing some 200,000 fresh troops. I have no doubt they will have another go at Kyiv.’

‘Then, I think it is completely realistic to [re-take all territory captured since the war began.] I get what I get, but it is less than what I need.’

He stressed that, while Russia’s newly mobilised army will be of a similar size to the one that attacked in February, it will not be of the same quality.

Much of its best equipment and ammunition has been used up, and most of its highly skilled soldiers and commanders have been killed.

But, General Zaluzhny said, there is no sign that Moscow is ready to give up its mission of seizing his country and he expects his Russian counterparts to keep fighting until their resources are spent.