Heavy rainfall and thunderstorms flooded roads and homes in northwest Georgia on Sunday, prompting a state of emergency in a region drenched by more than 10 inches of rain in 12 hours.

Georgia Gov. Brian Kemp issued a state of emergency for Chattooga and Floyd counties, and the National Weather Service advised residents to stay on higher ground and avoid traveling through floodwaters. Both counties are under a flash-flood watch through Monday evening, according to NWS.

“Multiple roads are flooded and impassable in Floyd County, GA! High water signs are up so make sure to heed the warnings and not drive through flooded roadways!” the NWS tweeted.

Video footage and photos on social media showed homes and businesses swamped by floodwaters and submerged cars in flooded roads. 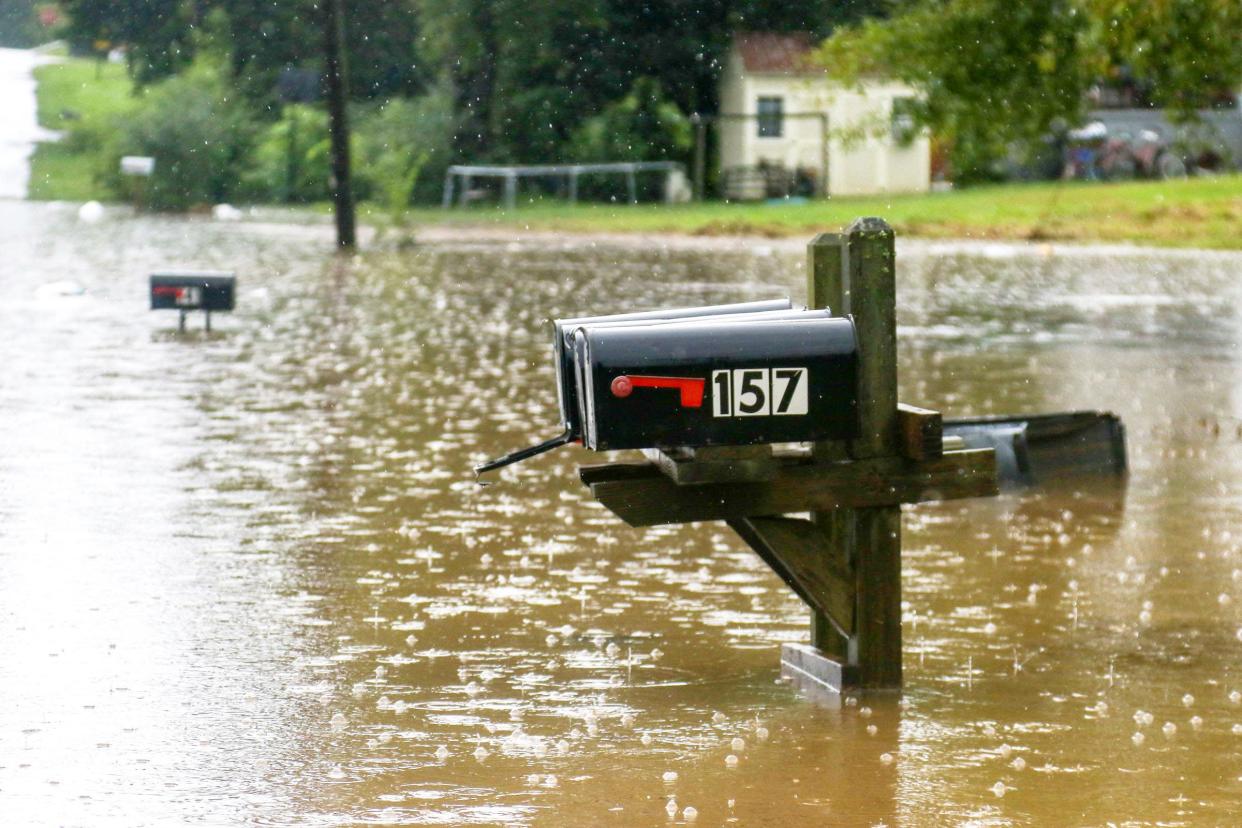 While NWS meteorologist Marc Chenard said the heaviest rain had moved out of the immediate area, he warned additional thunderstorms were possible through the evening hours.

“It’s unlikely that the additional rainfall will be anything like what’s already happened, but there’s still a similar risk with some additional rain there,” Chenard told USA TODAY.

Residents of the city of Summerville in Chattooga County were advised to boil water prior to drinking and cooking due to flash flooding at a local filter plant, according to the city’s website.

NEARLY HALF OF THE U.S. HAS ENDURED A DROUGHT IN 2022: NWill it get worse? Yes, experts say.

A general flash flood threat will continue across northern Georgia, northern Alabama and the western Carolinas, according to the weather service.

The heavy rainfall in the region is a “rare” occurrence, Chenard said, but he added that flash flooding typically peaks during the summertime in states like Georgia, Kentucky and Mississippi.

Kentucky saw historic floods that killed at least 39 people and caused widespread damage in late July and early August. Jackson, Mississippi, was also under a state of emergency on Sunday as the Pearl River was forecast to crest last Monday after days of heavy rains saturated the region.

Although flooding in these states is not “abnormal,” Chenard said recent events have been “significant in nature and not all that common.”