Remarkable story of the only Sikh to become RAF pilot during WWI: How Oxford graduate playing cricket for Sussex when war broke out flew in skies over Passchendaele – and wore helmet that fitted over his turban

The remarkable little-known story of the only Sikh airman to become an RAF fighter pilot during the First World War is told in a new book.

He attempted to join the British Army but was denied entry because of his race, while his fellow students all went to the front line.

Still desperate to do his bit, he travelled to France to become an ambulance driver for the French Red Cross, and asked to join the French Air Force.

Irate that his former pupil was being discriminated against, his Oxford tutor Francis ‘Sligger’ Urquhart wrote to the head of the Royal Flying Corps – one of the precursors to the RAF – to tell them it was ‘scandalous that the British armed forces had no use for him’.

This prompted a change of heart and Flying Officer Malik was accepted as a cadet, completing his flying training with the RFC in mid-1917.

He joined No 26 Squadron and took to the skies over Passchendaele and in other defining Great War battles.

Being a Sikh, he wore a specially designed flying helmet that fitted over his turban. It led to him gaining the nickname of the ‘flying hobgoblin’.

He was one of four Indians who flew in the war and was among two who survived the conflict. 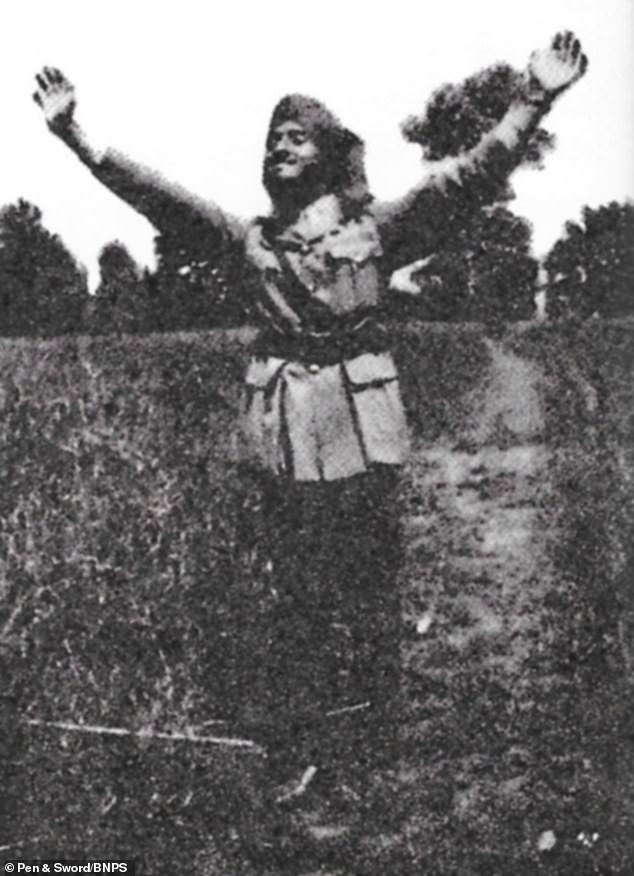 The remarkable little-known story of the only Sikh airman to become a fighter pilot during the First World War is told in a new book. Above: Flying Officer Hardit Singh Malik

Flying Officer Malik, an Oxford University graduate, was playing county cricket for Sussex when war broke out. Above: The airman is seen during a cricket match between Sussex and Leicestershire

Flying Officer Malik continued serving as an airman after the RFC and the Royal Naval Air Service were merged to form the Royal Air Force in April 1918.

Flying Officer Malik was shot down by a German aircraft during a dogfight while returning to his base in October 1917.

He crashed to the ground behind Allied lines and was knocked unconscious in his Sopwith Camel which was riddled with over 400 bullet holes.

He then transferred to No 141 Squadron at Biggin Hill in Greater London, and No 11 Squadron at Aulnoye-Aymeries.

He was officially credited with two kills, although the actual number may have been as high as six, which would have given him ‘ace’ status.

Flying Officer Malik, who was born in Rawalpindi, which was then part of India and is now in Pakistan, survived the conflict and resumed his cricketing career, playing 18 first-class cricket matches. In later life, he was the first Indian High Commissioner to Canada and then served as the Indian Ambassador to France. He died in Delhi aged 91 in 1985.

Flying Officer Malik’s extraordinary life is documented in The Flying Sikh, by British historian Stephen Barker, who wants to bring it to a wider audience while highlighting his status as ‘an Indian and British icon’.

Mr Barker, from Buckingham, who spoke to family members and studied Flying Officer Malik’s memoirs, said: ‘A lot of my work as a World War One historian is focused on Oxford and Malik has strong links here.

‘He faced discrimination and felt great frustration that he was stuck at Balliol with the dons while his fellow students all went off to fight.

‘But he was very resilient and helped by friends in high places was able to get out to France where he trained to fly. 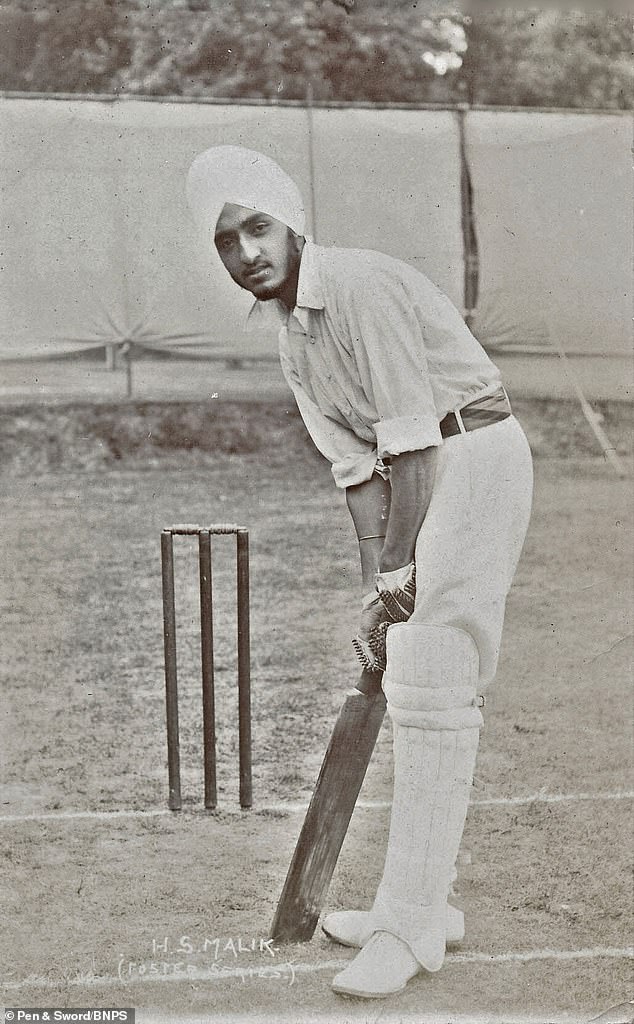 Flying Officer Malik, who was born in Rawalpindi, which was then part of India and is now in Pakistan, survived the conflict and resumed his cricketing career, playing 18 first-class cricket matches. Above: Malik playing cricket as a younger man 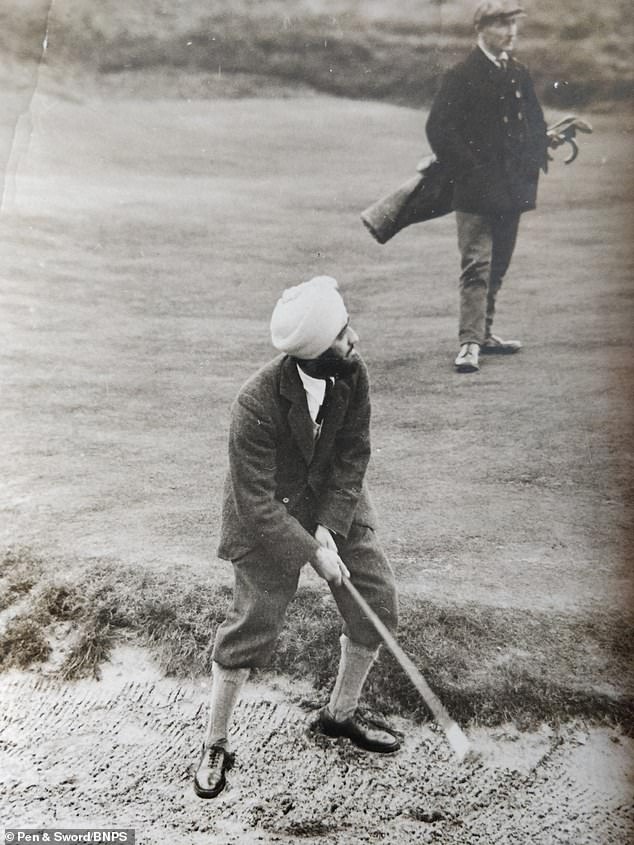 Flying Officer Malik was also a keen golfer. He is seen above swinging a club on the edge of a bunker

‘1.5 million Indians fought in World War One but his is a unique story and his wartime experience set him up for an amazing diplomatic career.

‘He is an icon both of India and Britain – a patriotic Indian who believed in Home Rule but also understood the British people.’

Flying Officer Malik described in his memoirs his ‘miraculous’ escape after being set on by German ‘Jasta’ aircraft on October 26, 1917, near the Ypres salient.

His account, published in the book, reads: ‘I had been hit in the right leg and immediately smelt petrol, so I feared that the plane would explode into flames!

‘The bullet that had hit me pierced the main pressure petrol tank which, in the Camel was located beneath the pilot’s seat.

‘Fortunately for me, the bullet which must have been red hot, came through the lower part of the tank which was still full of petrol.

‘Had it hit the tank a little higher where the petrol vapour was collected, the plane would have immediately exploded.

‘It was a fantastic, almost miraculous bit of luck!

‘I was almost like a winged partridge running along the ground unable to fly, with four guns blazing away.

‘The strange thing was that in the first few moments I felt sure I would be killed, or at least shot down and captured.

‘When that did not happen, I felt quite calm and confident, believing that I was under divine protection, and would escape.

‘My pursuers just did not have the bullet with my name on.’

The Flying Sikh, The Story of a WW1 Fighter Pilot – Flying Officer Hardit Singh Malik, by Stephen Barker, is published by Pen & Sword and costs £25. 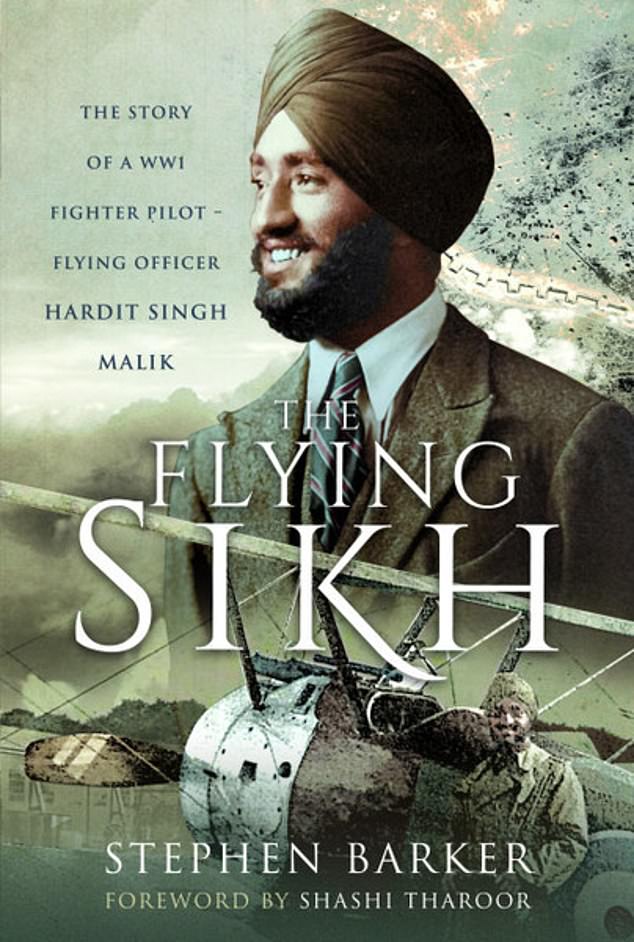 The Flying Sikh, The Story of a WW1 Fighter Pilot – Flying Officer Hardit Singh Malik, by Stephen Barker, is published by Pen & Sword and costs £25