Report: College Football Playoff set to expand to 12 teams in 2024 after agreement with Rose Bowl

The College Football Playoff's long-awaited expansion appears to be coming sooner than expected.

The Rose Bowl has signed an agreement that will allow the CFP to expand to 12 teams for the 2024 and 2025 seasons, two years earlier than its previously planned starting year of 2026, according to ESPN's Pete Thamel.

As Sports Illustrated reported Monday, the Rose Bowl had been the final holdout preventing the Playoff from making the early change. CFP officials reportedly issued an ultimatum to Rose Bowl organizers weeks ago, giving them an end-of-month deadline to agree to the proposal.

The Rose Bowl had reportedly been stonewalling the CFP with the intent of maintaining its status and structure as much as possible. First, it requested that it be allowed to keep its traditional Jan. 1 window in future playoffs, with the intention of hosting Big Ten and Pac-12 teams when its playoff game didn't fall on New Year's Day.

CFP officials reportedly turned the idea down. The Rose Bowl's next step was a proposal in which it would give up control of New Year's Day, but be allowed to host a semifinal two out of every three years, rather than hosting two quarterfinals for every semifinal in the currently planned cycle. That also apparently didn't go over well.

Had the Rose Bowl not agreed to the change, college football's most storied bowl reportedly faced the possibility of being excluded from the New Year's Six bowl rotation in the CFP's next contract.

Instead, the Granddaddy of Them All apparently gave up on special treatment, and now it looks like the College Football Playoff has all the support it needs to move forward with its lucrative plans for expansion. The expanded field will reportedly yield $450 million in gross revenue by starting in 2024.

How will the expanded College Football Playoff look?

Barring some unannounced change, the College Football Playoff will be moving up its planned changes for 2026 two years.

Under the new system, the Playoff field be composed of the top six conference champions among the 10 active conferences, plus six wild-card teams, guaranteeing a spot for a Group of Five team. The top four conference champions will get byes into the quarterfinals, while the remaining eight teams will play first-round games at the home stadiums of the higher-seeded teams.

From the quarterfinals on, the games will be played at neutral sites. The New Year's Six bowls (Rose, Sugar, Orange, Cotton, Fiesta and Peach) will cycle through hosting quarterfinal and semifinal games, with each bowl getting a semifinal once every three years.

First-round games will reportedly be held in the third week of December. Three quarterfinal games will be played on New Year's Day, with a fourth on either New Year's Eve or Jan. 2. The semifinals will follow about one week later, and the championship game will be played at another neutral site the following week. 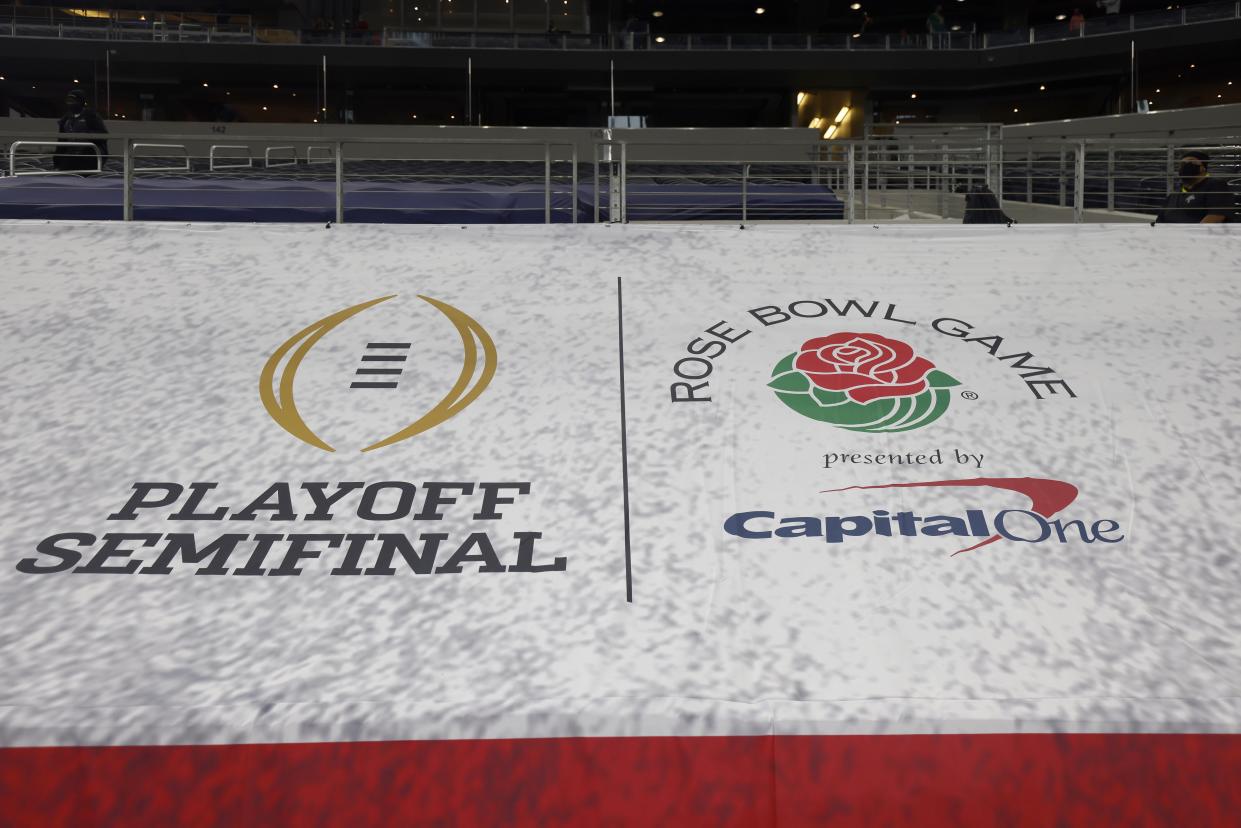