Ruben Gallego ignites feud with fellow Democratic lawmaker Kyrsten Sinema, accusing her of wanting the GOP to win the House and the Senate 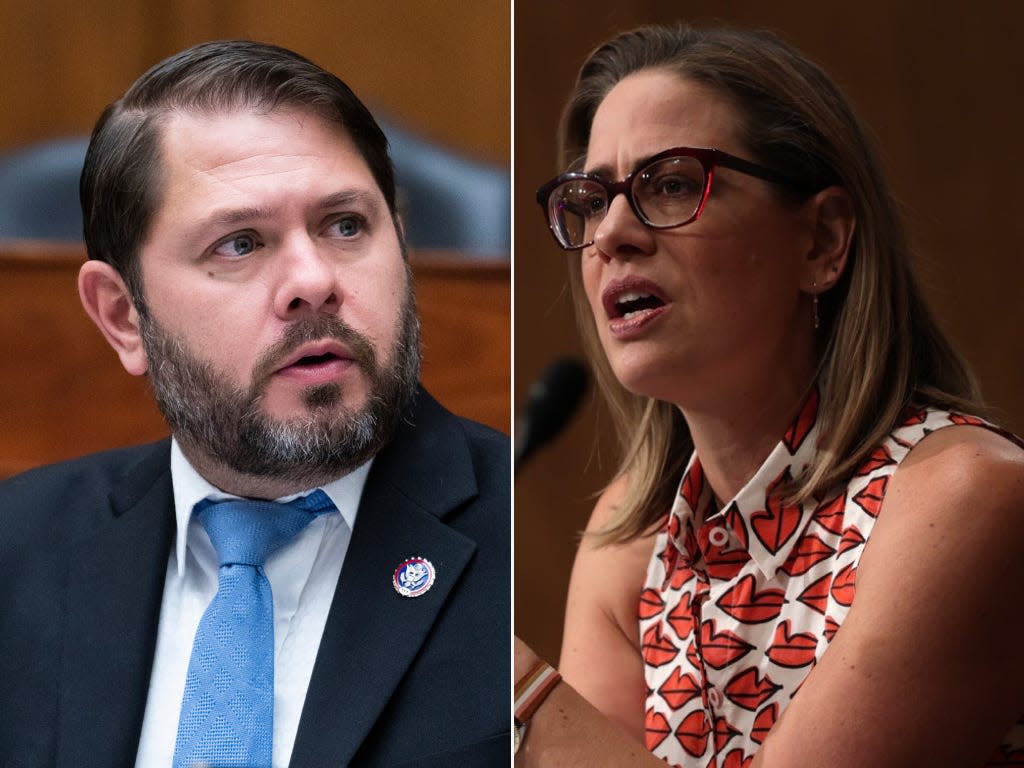 On Monday, Gallego re-tweeted reporting by Daily Beast reporter Ursula Perano on how Sinema was predicting a shift in power from the Democratic Party to the GOP in the upcoming midterms.

"I mean you could be out there helping our candidates @SenatorSinema But my sense is that you would actually prefer the Dems lose control of the Senate and House," Gallego wrote.

He also criticized Sinema for being absent from the party's campaigning efforts in their home state.

"Now that I think of it. I have been traveling the state and country. Donating, raising funds and encouraging people to come out and vote and I have seen you nowhere @SenatorSinema," Gallego tweeted.

Now that I think of it. I have been traveling the state and country. Donating, raising funds and encouraging people to come out and vote and I have seen you nowhere @SenatorSinema https://t.co/6mYF1TkFOd

Speaking to the Washington Examiner, Sinema's team declined to comment on Gallego's tweets but said that the senator had given more than $140,000 to Democratic candidates in this election cycle.

Representatives for Sinema did not immediately respond to Insider's request for comment.

Sinema has been a stumbling block in the Democratic Party's attempts to pass legislation in the Senate.

For instance, Sinema was one of the lone holdouts in the way of the party passing the Inflation Reduction Act. Her colleague, fellow moderate Democratic Sen. Joe Manchin, was even seen taking a knee in front of Sinema's desk to speak to her on the Senate floor while trying to obtain her make-or-break vote.

With Sinema's stance having stalled major pieces of Democratic legislation in the upper chamber, Senate Minority Leader Mitch McConnell on Monday praised Sinema, calling her the "most effective first-term senator" he had seen during his decades in the Senate.

Meanwhile, Gallego has teased the idea of mounting a potential challenge against Sinema in the 2024 Democratic primary. Gallego also told CNN in January that he had been approached about possibly challenging Sinema.

"To be honest, I have gotten a lot of encouragement from elected officials, from senators, from unions, from your traditional Democratic groups, big donors," he said. "Everything you can imagine under the sun."