Russian war crimes in Ukraine include 'kidnapping, torture and murder'

Russian war crimes in Ukraine including kidnapping, torture and murder at sites in occupied territory could implicate even Putin’s top officials, the US claims

Russians have murdered, tortured and kidnapped Ukrainians in a systematic pattern that could implicate top officials in war crimes, a senior US official said yesterday as Kyiv said it had discovered four Russian torture sites in newly-liberated Kherson.

President Vladimir Putin’s government, in turn, accused Ukrainian forces of summarily killing a number or prisoners of war after a video of POW bodies surfaced.

The damage is having ‘knock-out effects’ on Ukraine’s health system, WHO regional director for Europe Hans Kluge told reporters. 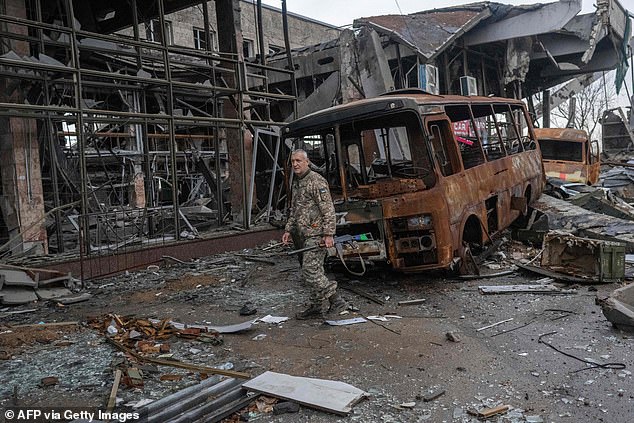 ‘This winter will be about survival,’ he warned, saying it would be ‘life-threatening for millions of people in Ukraine’.

Up to three million Ukrainians could leave their homes in search of warmth and safety, he said.

‘They will face unique health challenges, including respiratory infections such as Covid-19, pneumonia, influenza, and the serious risk of diphtheria and measles in (an) under-vaccinated population,’ he added.

Residents of Kherson were told that they can evacuate to other regions given the city’s heavily damaged infrastructure and services.

‘You should be prepared for different options, even the worst ones. Stock up on warm clothes, blankets, think about options that will help you wait out a long shutdown,’ it said. 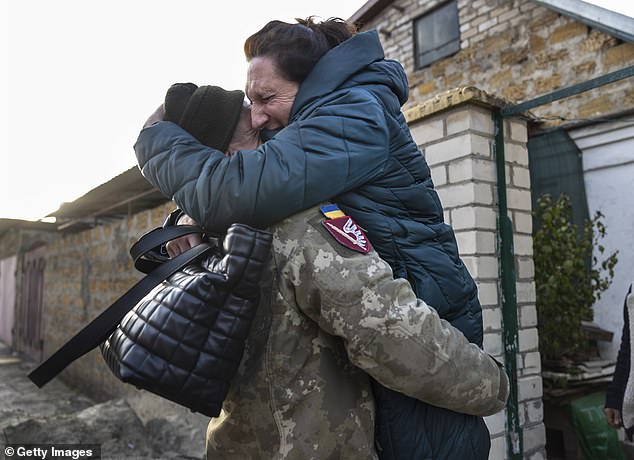 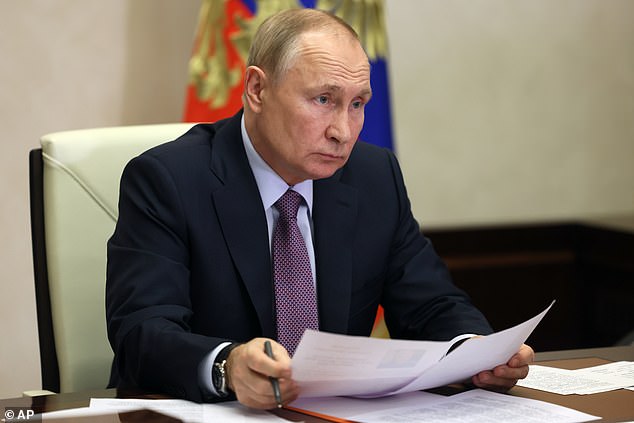 President Vladimir Putin’s government, in turn, accused Ukrainian forces of summarily killing a number or prisoners of war after a video of POW bodies surfaced

Ukraine said it had discovered four Russian torture sites in the southern city of Kherson.

Kherson was one of the earliest of major cities that Russian forces captured when they invaded the country on February 24.

The city was retaken earlier this month after Russian forces retreated under threat from Ukraine troops.

‘Together with police officers and experts, (prosecutors) conducted inspections of four premises where, during the capture of the city, the occupiers illegally detained people and brutally tortured them,’ the Ukrainian prosecutor general’s office said in a statement.

Russian forces had also set up ‘pseudo-law enforcement agencies’ at detention centres in Kherson as well as in a police station, it said. 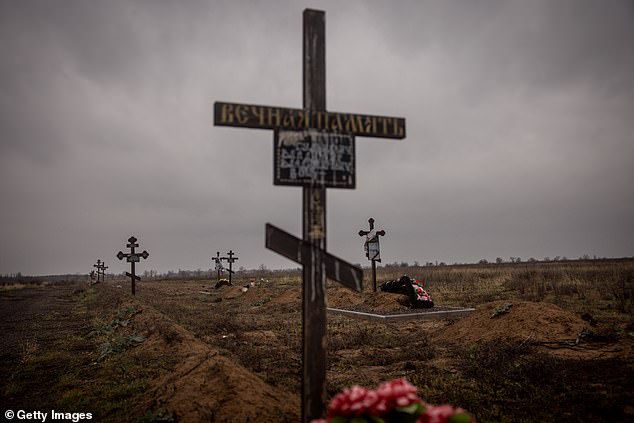 The remains of rubber truncheons, a wooden bat and ‘a device with which the occupiers tortured civilians with electricity’ were found, it added.

One Kherson resident told AFP he spent weeks in detention where he was beaten and electrocuted by Russian and pro-Russian forces.

In Washington, the US Ambassador-at-Large for Global Criminal Justice Beth Van Schaack told reporters that there was strong evidence that Russian abuses in Ukraine were not random or ad hoc.

There is mounting evidence that Russia’s invasion of Ukraine ‘has been accompanied by systemic war crimes committed in every region where Russian forces have been deployed,’ she said. 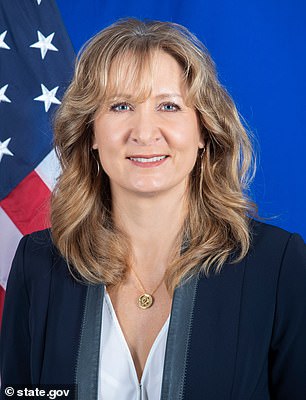 Evidence from liberated areas indicates ‘deliberate, indiscriminate and disproportionate’ attacks against civilian populations, custodial abuses of civilians and POWs, forceful removal, or filtration, of Ukrainian citizens – including children – to Russia, and execution-like murders and sexual violence, she told reporters.

‘When we’re seeing such systemic acts, including the creation of a vast filtration network, it’s very hard to imagine how these crimes could be committed without responsibility going all the way up the chain of command,’ she said.

Van Schaack said that Russia’s nine-month-old assault on Ukraine has sparked an ‘unprecedented array of accountability initiatives,’ involving numerous bodies along with the International Criminal Court in The Hague.

The bodies are coordinating to develop priorities and approaches ‘under all available jurisdictional bases,’ she said.

She called it a ‘new Nuremberg moment,’ a reference to the war crimes trials held in the German city at the end of World War II. 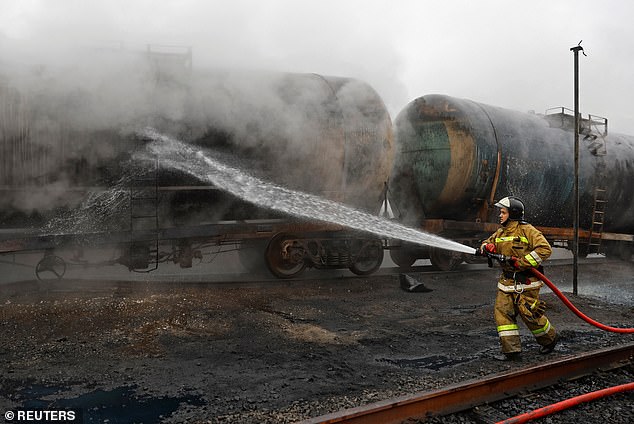 But the Kremlin has also came forward with allegations of Ukrainian abuses, vowing to track down and punish those behind the ‘brutal’ murder of nearly a dozen Russian servicemen who had apparently been taken prisoner.

Russia’s Human Rights Council said the alleged executions took place in Makiivka, a village in the eastern Lugansk region, which the Ukrainian army said it had recaptured last week.

‘Without a doubt, Russia will itself search for those who committed this crime. They must be found and punished,’ Kremlin spokesman Dmitry Peskov told reporters.

Lubinets, Ukraine’s ombudsman, claimed that the prisoners had opened fire on Ukrainian forces after surrendering, leading to their being killed by return fire.