Sharon Stone is urging women to always "get a second opinion" from medical professionals after she received a misdiagnosis that turned out to be a "large fibroid tumor."

On Tuesday, The Specialist actress shared via Instagram Story she "just had another misdiagnosis and incorrect procedure," adding that she had to receive a "double epidural" to treat the pain.

After the pain worsened, Stone, 64, said she decided to seek a second opinion from a different doctor who told her she had "a large fibroid tumor that must come out."

Reflecting on her experience, the actress encouraged her followers to never settle for a first medical opinion.

RELATED: Sharon Stone on Life After Her Near-Fatal Stroke in 2001: 'I Lost My Radiance' 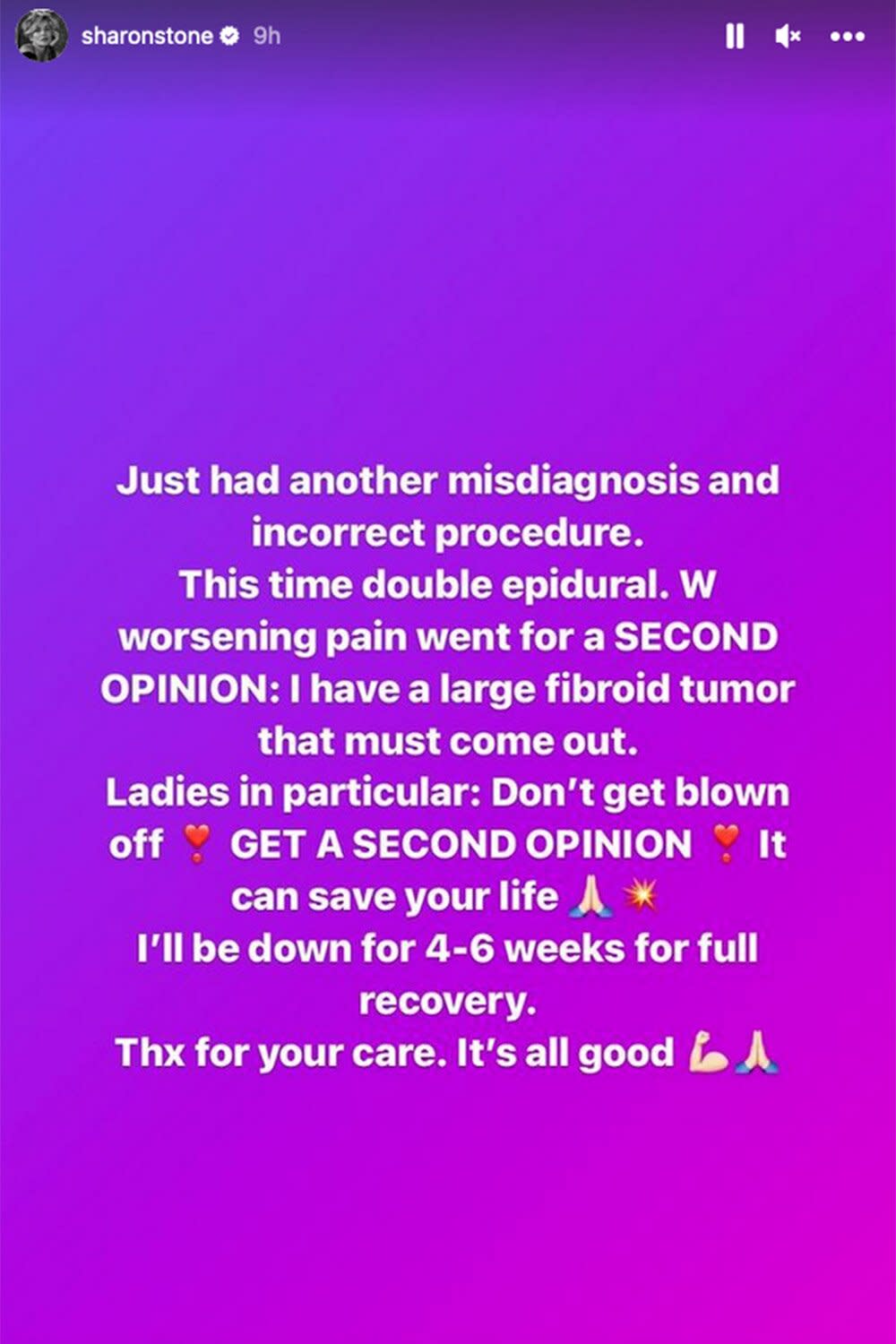 This isn't the first time the Golden Globe winner has had to go through an excision. Last year, she revealed in her memoir The Beauty of Living Twice that in 2001 doctors had to remove benign tumors from her body that were "gigantic, bigger than my breast alone."

Following the procedure, she shared that a plastic surgeon gave her larger breast implants without her consent when she was undergoing breast reconstruction surgery to repair her chest. 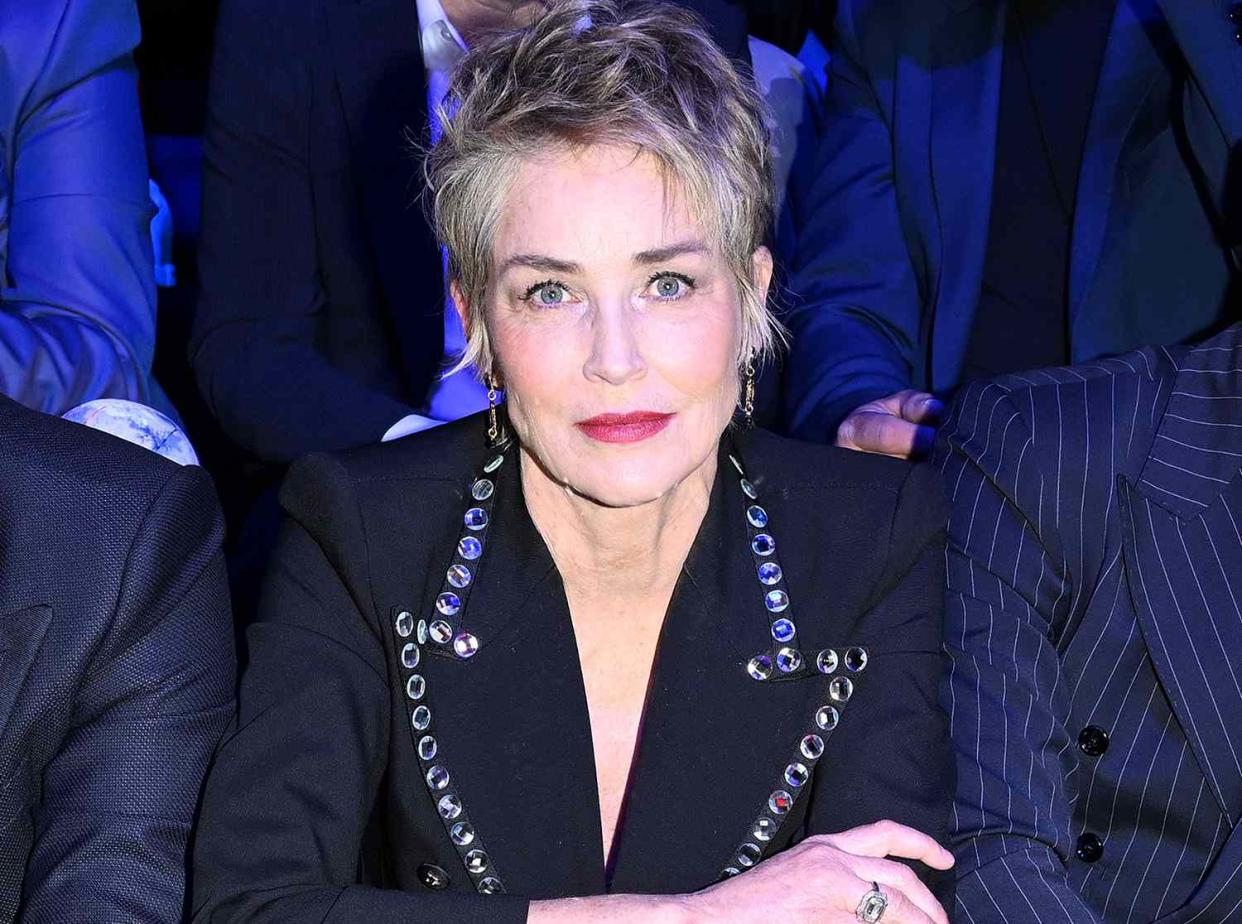 In her autobiography which was released last March, Stone also wrote about the stroke and cerebral hemorrhage she experienced in 2001, at age 43. Speaking about that harrowing health scare with Willie Geist on Today, Stone said she was lying in a hospital bed when a doctor told her she was close to death.

"The room was so silent," she told Geist, 47, at the time. "When the room is so silent and no one's running around trying to fix you, that's when you realize how near death is and how serious everything is."

RELATED VIDEO: Sharon Stone Reveals She 'Lost 9 Children' Through Miscarriages: 'It Is No Small Thing'

RELATED: Sharon Stone Recalls Getting Dumped by Younger Man for Not Getting Botox — and Her Response Is Epic

Stone recovered and took a two-year break from acting as she rebuilt her health, but said in a 2019 interview with Variety that the stroke stunted her career. She went from being at the top of her game following 1992's Basic Instinct and 1995's Casino to struggling to find work for seven years, while also losing primary custody of her adopted son Roan.

"People treated me in a way that was brutally unkind," Stone explained at the time. "From other women in my own business to the female judge who handled my custody case, I don't think anyone grasps how dangerous a stroke is for women and what it takes to recover."