Well-mannered and demurely dressed, paralegal clerk Athena Razos did not attract suspicion in an industry that prides itself on due diligence.

However, the 58-year-old has used more than a dozen aliases over the past 30 years to defraud, embezzle and steal from some of Melbourne’s most prestigious law firms, along with major banks, a single mother of triplets and her first husband. 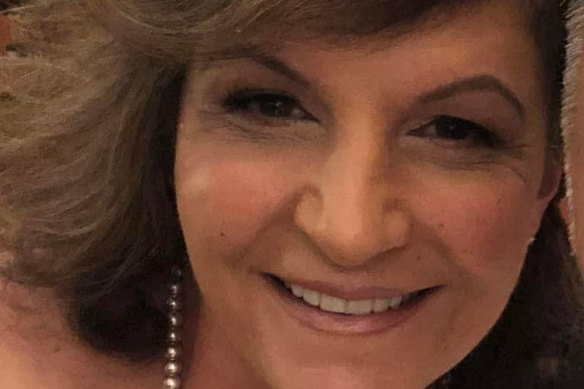 Athena Razos, 58, was accused of 225 counts of false accounting and obtaining property by deception while working as a paralegal.Credit:Facebook

Razos pleaded guilty in the County Court a week ago to 16 counts of misappropriating more than $1.5 million from clients of law firm Moray and Agnew.

Court documents reveal that she repeatedly siphoned money from client trust accounts into her private bank accounts between 2013 and 2017, while working at the firm’s Little Collins Street offices. On another occasion, she used the proceeds of crime to pay stamp duty of $55,000 on the purchase of a property in Box Hill South for $1 million in 2016. She then paid a construction company with stolen funds to build a luxury townhouse on the block, sold last year for $2,210,888. 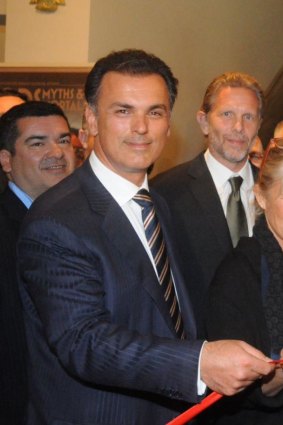 At least one client launched legal action against Moray and Agnew after being swindled by Razos.

The firm reached a confidential settlement of more than $3 million with property developer Harry Stamoulis, who has an estimated fortune of $935 million, according to the Australian Financial Review Rich List.

In 2000, Razos pleaded guilty to 20 theft and fraud offences she committed using the name Tina Zissiadis-Ligris, including submitting fake documents to obtain a Diners Club card before racking up debts of $80,000.

While working as a secretary at law firm Freehills under the name Athina Zissi, she was convicted in 2007 of more than 140 counts of stealing, involving $16,346 from petty cash.

In 2009, using the name Athina Ligris, she served a four-month prison sentence after pleading guilty to 27 fraud and deception offences dating back to 1992, including forging her first husband’s signature to transfer the family home in Burwood East into her name. 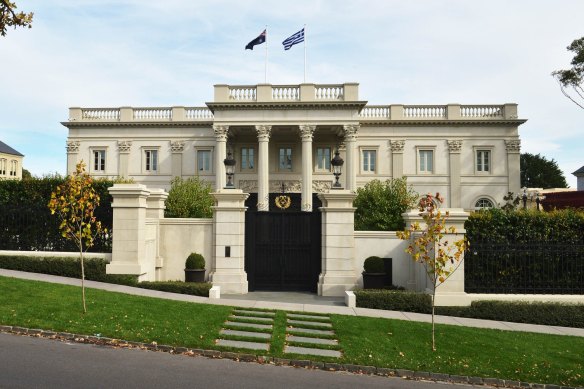 Louis Ligris said he was evicted from the home in 2000, after his former wife used all the equity in the property to apply for personal loans and credit card debts that were never repaid.

“We had a home paid off in 1988. It was worth about $100,000 then, but would be worth about $2 million now. If we had stayed married, and she hadn’t done what she did, we could have been millionaires by now, but we’re not. I’m on a pension and I live in a housing commission property; that’s how bad it’s gone for me,” Ligris said.

He says he left all financial decisions to his former wife because of her experience in the legal industry and perceived business acumen.

“I implicitly trusted my wife, and for her to do this behind my back is absolute treachery,” he said.

In 2003, Rhonda Taylor lent $18,000 to Razos, who claimed she had fallen behind on mortgage repayments and promised to settle the debt as soon as she could refinance the property.

Razos, who was using the alias Athena Bouzas at the time, never repaid Taylor, who was raising triplets and was eventually forced to sell her own home.

“Athena doesn’t care who she hurts and destroys in her quest to get money. She has no conscience. She is shifty as a shithouse rat,” Taylor said.

Court records show that Razos was pursued in the civil division of Melbourne Magistrates’ Court by 16 different companies for debts she owed between 1992 and 2003. She has also been placed into bankruptcy twice, under different names.

In 2017, the Victorian Legal Services Board blocked her involvement in the legal industry and released a statement providing details of 14 different aliases she had used, including Athena Bouzas, Zizzi Athena, Teena Zissiadis and Tina Zissiadis-Ligris.

After wreaking financial havoc for more than three decades, Razos was permanently disqualified from being a legal practitioner in 2020 at a hearing in the Victorian Civil and Administrative Tribunal.

She will be sentenced next year after facing a mention hearing in the County Court in February 2023 and a further plea hearing.