One of three men accused of torturing and then shooting dead a man they believed to be a paedophile penned rap lyrics about murder, a Victorian jury has been told.

“I’ve got murder on my mind, see blood in my sight, murder in the mind, somebody’s dying tonight,” Jordan Bottom wrote after the 2018 killing, in lyrics read to a Supreme Court jury on Friday. 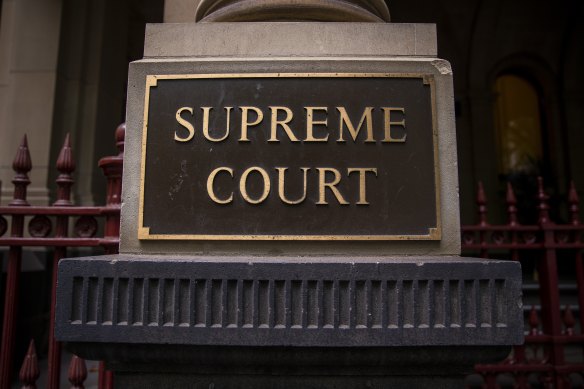 Jordan Bottom, Rikki Smith and Albert Thorn have all pleaded not guilty to murder.Credit:Wayne Taylor

Bottom, along with Rikki Smith and Albert Thorn, is accused of taking Bradley Lyons, 30, to a shallow grave and shooting him dead after assaulting him and keeping him inside a boot for hours.

All three men have pleaded not guilty to murder. 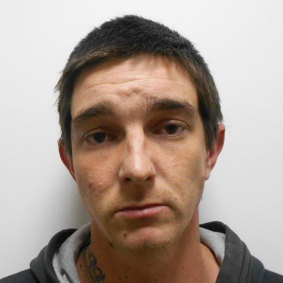 Bradley Lyons’ remains were found in March, 2019, three months after he was reported missing.

The attack on Lyons began after he finished work on December 2, 2018, when four men set upon him while he was lying in bed at his Lakes Entrance home in eastern Victoria.

The men, who included Smith and Thorn, beat Lyons until he bled before tying him up and throwing him inside a car boot, prosecutor Raymond Gibson, QC, told the court.

He was driven to Thorn’s rural property and left in the boot for hours while a group of people – including Thorn, Smith and Bottom – contemplated their next steps from inside a disused water tank.

Gibson alleged they wanted him to confess to claims he sexually assaulted children.

Later that night, Lyons was taken out of the boot and tied to a massage table and further assaulted and tortured with Deep Heat and kettle water, the jury was told.

Gibson said the victim was then put back in the boot by Thorn, Bottom and Smith and driven to bushland in Double Bridges.

He alleged Thorn shot Lyons in the leg and head, with Smith and Bottom helping to bury him in a shallow grave.

He said Bottom initially confessed to shooting Lyons dead and then took police to his remains in March 2019. After taking them to the grave, he told police it was Thorn who fired the shots.

Two weeks after his arrest, police were given diaries in which Bottom admitted his involvement in rap lyrics.

“Lips forever shut, you can’t buy loyalty. I’ll do what I gotta, even die for the team. All I see is death every time that I dream,” a rap written on December 25, 2018 and read by Gibson said.

Bottom has pleaded not guilty to unlawful imprisonment, assault and murder.

His barrister David Cronin said Bottom had no intention to kill Lyons. He admits travelling in a car with Thorn and Smith to Double Bridges but did not pull the trigger.

Thorn has pleaded guilty to false and unlawful imprisonment, and intentionally causing injury, but denies assault and murder.

“He was not in the car that took Lyons to his final resting place, he was not present when Lyons was killed,” his barrister James Anderson said.

He said Thorn wanted Lyons to be released alive and found out about the murder from Bottom on December 3.

His barrister John Saunders said he took part in the assault in Lyons’ bedroom, “but that doesn’t make him guilty of murder”.