Son, 73, flies 3,000 miles in helicopter to scatter his mother's ashes

Devoted son, 73, flies 3,000 miles around the UK in a helicopter to scatter his mother’s ashes – which he kept in an empty jar of peanut butter – so she could ‘see new places on her final journey’

A grieving son has flown more than 3,000 miles around the entire coast of the UK in a helicopter to spread his mother’s ashes from an empty peanut butter jar.

Andrew Greenhalgh, 73, from Essex, wanted to take his mother Marie, who passed away aged 95 in November 2019, to new places on a final journey.

Setting off in the chopper from his hometown of Great Baddow, Mr Greenhalgh went on an eight-day trip across the country – just two months after getting his helicopter licence.

He flew the Shetland Islands, Northern Ireland and the Isle of Man, before flying south to Wales, the Scilly Isles, Cornwall and Jersey.

He scattered his mother’s ashes at different spots along the coastal route. 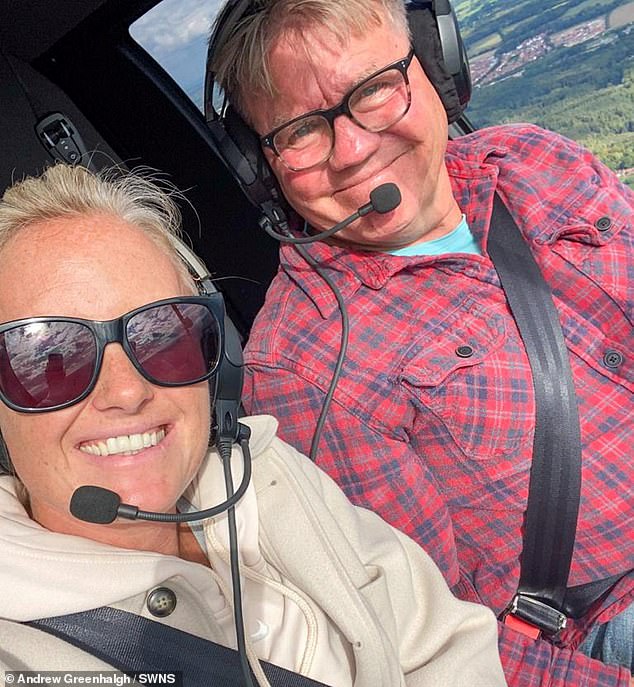 Andrew Greenhalgh, 73, from Essex, wanted to take his mother Marie, who passed away aged 95 in November 2019, to new places on a final journey. Here he is pictured flying with his friend Sam Walsh 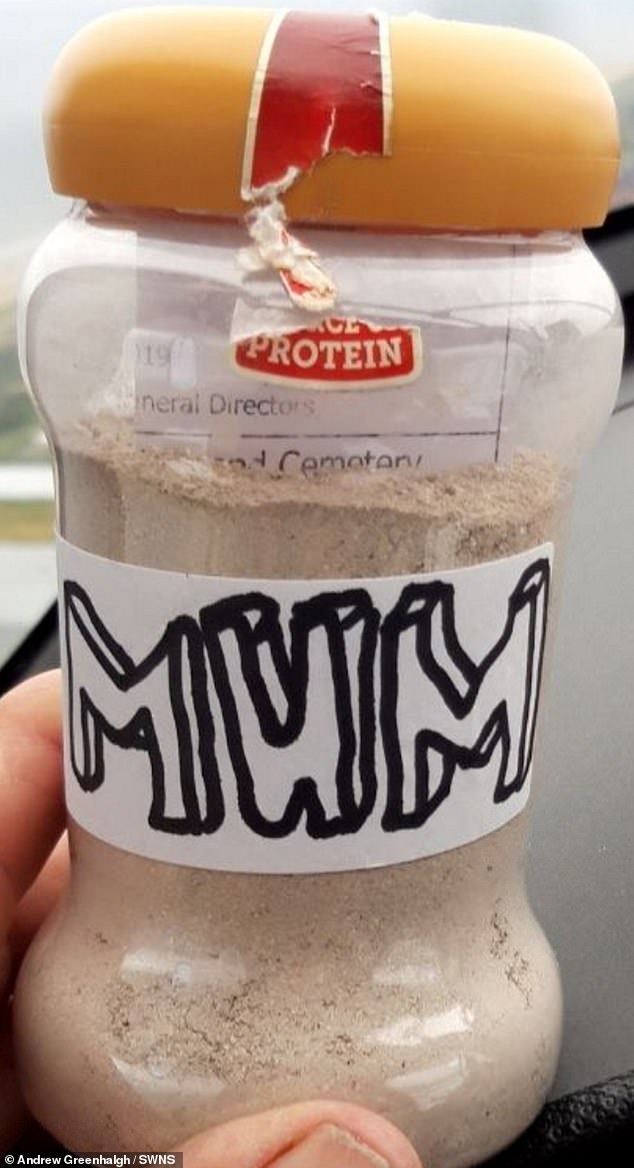 Mr Greenhalgh took his mother’s ashes more than 3,000 miles around the coast of the UK. He visited the Shetland Islands, Northern Ireland and the Isle of Man, before flying south to Wales, the Scilly Isles, Cornwall and Jersey 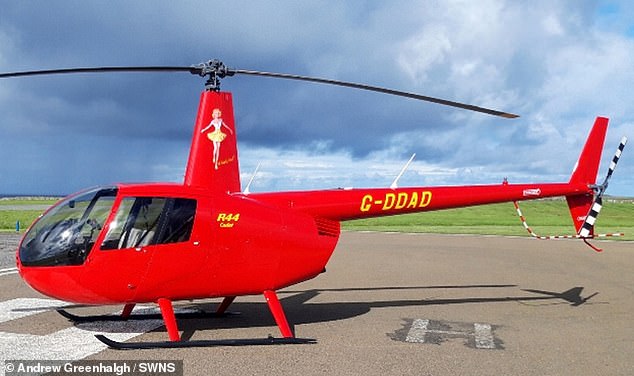 The 73-year-old took up helicopter flying licences less than two years ago, after being inspired by his seven-year-old grandson, Arthur, who loved the programme Helicopter ER

Mr Greenhalgh said: ‘I’m sure my mum would love it, she would think it was great.

‘My younger brother also isn’t very well, he has a cancer that can’t be treated and he has said that he wants to go along with mum.

‘He doesn’t want to be in the same jar, he wants to be in a honey jar because he likes honey.’

The ashes were put in the empty peanut butter jar as it was the only jar to hand. 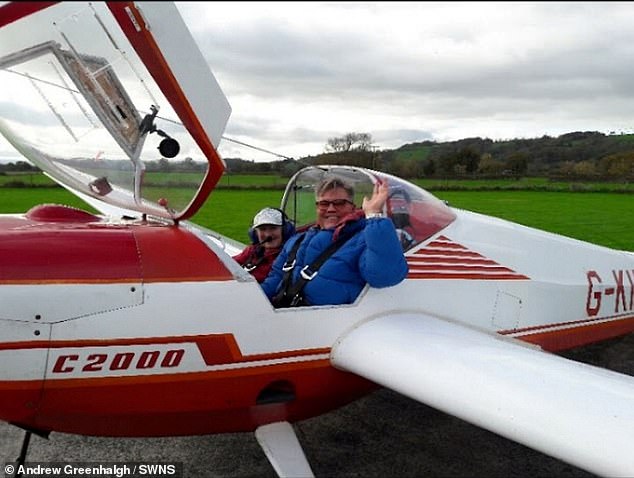 Mr Greenhalgh flying with his late mother, Marie, back in 2018

Mr Greenhalgh’s brother had the ashes to gave him a small portion to take on the trip.

The 73-year-old decided to take up helicopter lessons almost two years ago inspired by his seven-year-old grandson, Arthur, who loved the TV show Helicopter ER.

Since getting his licence he has taken Arthur on a few trips, including a specific route that enables pilots to travel safely in the capital.

He had previously learnt how to fly a glider, which he travelled around the UK in.

Just before the pandemic, he flew some of his mother’s ashes to the Arctic Circle to spread some of them there before embarking on the UK-wide trip, Essex Live reports. 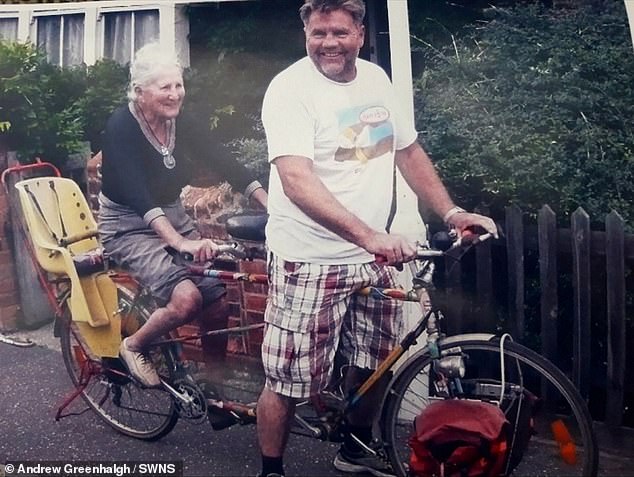 Mr Greenhalgh and his mother on a tandem in the 1990s

He said: ‘My grandson came to live with me in lockdown, and one of his favourite programs was Helicopter ER.

‘He thought it was great, and I thought there was no reason to why I couldn’t try to get my licence.

‘After the lockdown last year, I started to have lessons and got my licence.

‘I told the instructor and he didn’t want me to do it and wanted to come with me, but I said no I want to do it on my own and I loved it.

‘When I was still learning, he came and sat in the back of the helicopter and we did what’s called a Heli Lane.

‘You aren’t allowed to fly aircrafts through London, but you can do a Heli Lane so you can go over the Thames and fly over Heathrow Airport, and I do that quite regularly now.’